What started as a courageous and peaceful protest in 1978 has now become one of the world’s most spirited attended celebrations of lesbian, gay, bisexual and transgender pride. Close to 650,000 spectators are expected to attend. It’s the largest parade in Vancouver and one of the largest single day events in the city.

The Parade starts at Robson and Bute, and makes its way through the West End, the historic centre of Vancouver’s LGBT community. It finishes at Sunset Beach, where the party continues. Vendors, live music, beer gardens and much, much more.

Where: The Pride Parade route begins at Robson St. and Bute in downtown Vancouver, proceeds west on Robson to Denman, then south to Beach Ave, ending at Sunset Beach, where the Pride Festival takes place. 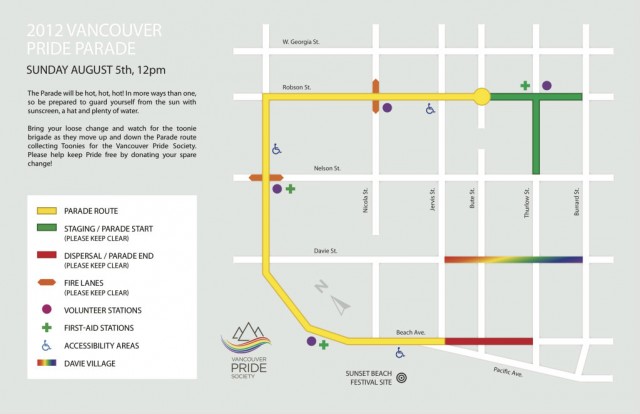