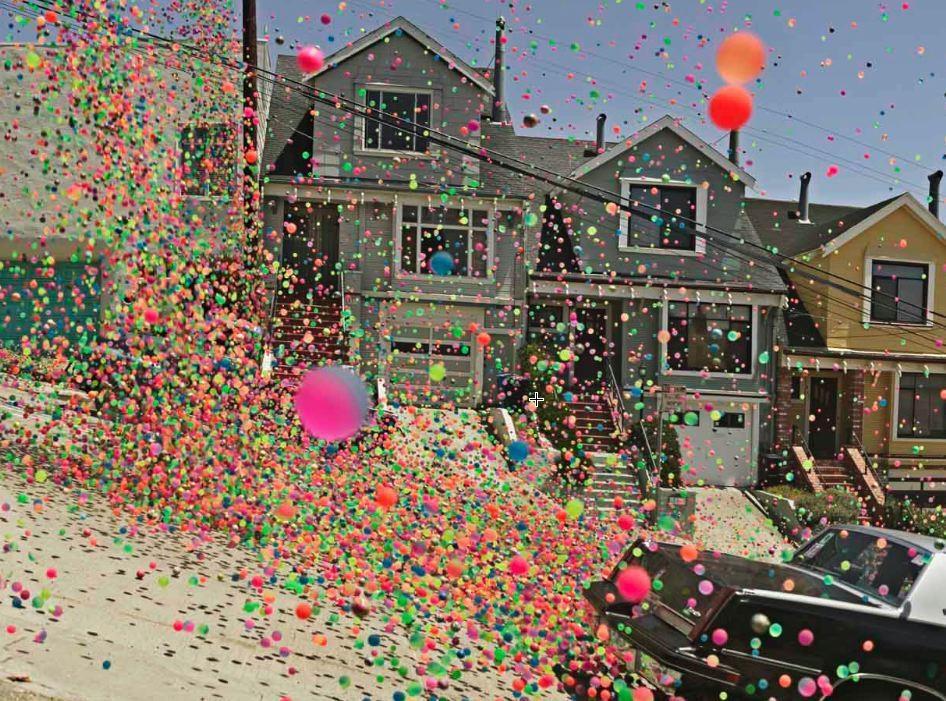 Lumas was started in Berlin 11 years ago by Marc Alexander Ulrich and Stefanie Harig, with the intent of making art photography more accessible. It has now grown to 35 galleries across the world, from New York to Paris to Seoul. A team of curators selects which prints grace the walls of Lumas globally, and make it into our living rooms at affordable prices.

The official launch party took place last night, and Sabine Wild was on-site signing glass pieces of her works for guests to take home. Her photographs explore the skylines of megacities, particularly financial districts, and are digitally altered by pulling them into the abstract. The gallery stretches through four rooms, and features a range of works such as Peter Funch’s photographs of Sony’s Five Minutes of Anarchy, Joe McDermott’s Pop Art and Anna Halm’s depiction of celebrities.

The gallery’s choice of a print of Damien Hirst’s skull in the window is a bold and smart move. Lumas does embody a commercialization of art, with the same pieces being sold globally and curated by one team. At the same time, the gallery does achieve its mission of making art photography accessible instead of exclusive, both price-wise and in terms of exposure. Lumas choice of Gastown in Canada fits the neighbourhood, and the works are beautifully engaging.