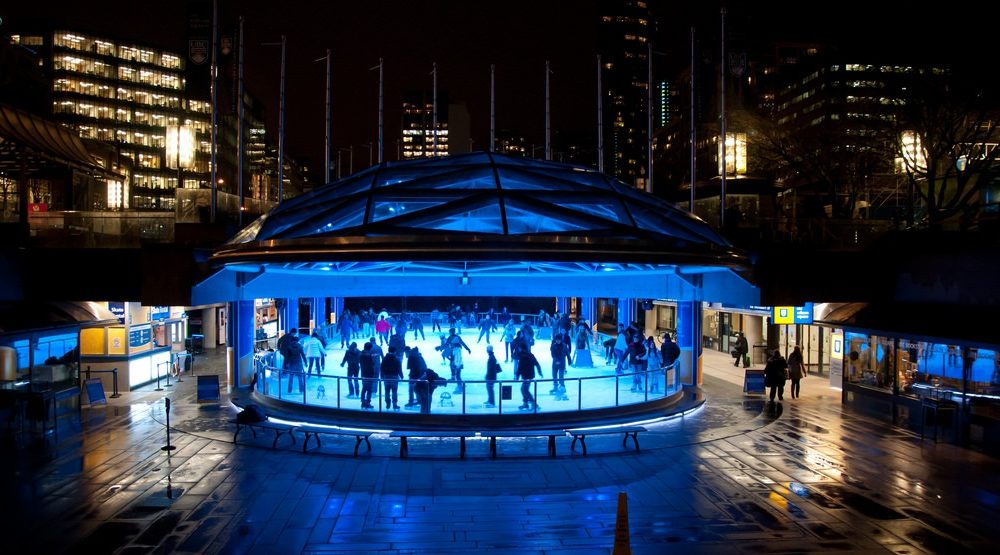 Explore theatre’s outer limits at the ever expanding Vancouver Fringe Festival from September 6 to 16.  In 2012, the Fringe has grown to include 97 shows, an expanded lineup of free performances on the free Peter Lehmann Wines Stage at the St. Ambroise Fringe Bar, an added satellite venue in downtown Vancouver, more site-specific shows, and it all starts with the Big Bang—our Opening Night on September 4.

The Fringe is comprised of un-juried, un-censored productions that are literally drawn from a hat! This means that the theatre you see at the Fringe is filled with emerging artists and seasoned veterans in traditional and experimental work alike.

The Festival’s seven Mainstage venues are centered on and around Granville Island. Bring Your Own Venues (BYOVs) can be found on Granville Island and in East Vancouver venues such as the Firehall Arts Centre, Havana, and the Cultch. And this year the Fringe moves downtown, with the addition of CBC Studio 700 as our newest BYOV.

Returning this year is the Fringe Onsite Program. These 14 site-specific shows have been developed especially for the Festival and will be staged in nooks and crannies on Granville Island.

Tickets are now on sale and are $12 for weekend shows (Friday-Sunday), and $10 for weekday shows (Monday-Thursday). The Fringe will once again offer half price tickets to select shows. Tickets can be purchased at vancouverfringe.com or at the Fringe Box Office tent, located outside 1398 Cartwright Street on Granville Island (in the parking lot next to the Waterfront Theatre). Please note the Fringe Box Office is physically open from August 30, 2012 through the end of the Festival on September 16.

Show descriptions can be found at vancouverfringe.com and in our Program Guide, which is available at Blenz Coffee locations, the Vancouver Public Library, Vancouver Farmers Markets, and other Fringe friendly businesses.

Due to popular demand this fast and furious preview event is back! The Fringe-For-All will be hosted by David C. Jones and every Fringe artist will get a chance to perform the best two minutes of their show in hopes they’ll get circled in program guides.

Just one more way to help people pick from the vast selection of shows at the Fringe, they’re introducing the Fringe Escort Service! Our Escorts see tons of shows every year. Just meet at the Info Centre and an Escort will pick out a show and accompany the group to it, all the while sharing tips and tricks on how to navigate the Festival. Check the Fringe program guide for Escort Service hours. The Escort Service is free but regular ticket prices and Membership Policies apply. This is not the other type of escort service that you’ll find at the back pages of the Georgia Straight.

The Fringe is even bigger with 97 shows! Fringe favourite, Tara Travis returns with Til Death Do We Part: The Six Wives of Henry VIII, and yes, she plays all seven characters! All the way from Japan comes the Ryuzanji Company with their rendition of Hanafuda Denki: A Tale of Playing Cards, an avant-garde Japanese opera. Squidamisu Theatre take on George F. Walker’s six-play cycle, Suburban Motel, with 66 performances in a room at the Waldorf Hotel. FormerBlue Man, John Grady, shares the story of Abby, his sheep dog, in Fear Factor: Canine Edition, which will “leave you … with a broken heart” according to theWinnipeg Free Press. Plus, William S. Burroughs inspired 2011 Georgia Straight Critics’ Choice Award Winner Jayson McDonald inUnderbelly, you’ll get a sex lesson like never before in Chlamydia dell’Arte: A Sex-Ed Burlesque, and the War of 1812 comes to life with you and your iPod as the stars in The 1812 Event. All this, and so much more! Visit vancouverfringe.com for a full list of shows!

A giant leap towards the Fringe’s commitment to artist development happens through the Fringe Onsite Program. Fourteen artists were chosen on a first come, first served basis to be mentored by Kendra Fanconi, the Producing Artistic Director of renowned site-specific theatre company, The Only Animal, and the Fringe’s Executive Director, David Jordan, in the creation of site-specific theatre pieces that will debut at the Fringe. Fringe Onsite Shows take place in unusual locations on Granville Island including the Kid’s Tugboat (Pirates?), Ocean Concrete’s maintenance building (Smudge), and a roving play where audiences will learn how to commit crimes (Felony).

Everybody loves free! Every night of the Fringe Festival there will be live music, DJs and performances of all types on thePeter Lehmann Wines Stage! From the pop collective, Bleating Hearts and Discorder Magazine’s July/August cover stars Hot Panda, to Improv Channel Flipping with comedians Riel Hahn and Ian Boothby, a Haiku Slam Competition, and the return ofSara Bynoe with her infamous Say Wha?!, there’s something to please everyone. Plus with Food Carts, AGRO’s Fringe Fries, and activities every night, the Fringe Bar is the place to be, before, between, and after Fringe shows! Please note the Fringe Bar is a licensed venue. Sorry, no minors.

For artists and those who want to be artists, the Fringe hosts two workshops on improv skills with James Gangl (Sex, Religion, & Other Hang-Ups) and a master class on puppetry and physical theatre with The Old Trout Puppet Workshop, who the CBC calls “splendidly freaky puppet masters,” and mask aficionados, Wonderheads (Loon). Plus there’ll be plenty of lively discussions about musicals, sexuality in theatre, what a Fringe documentary film might look like, and the Playwrights Theatre Centre’s Flying Start Program will be announced! For details visit vancouverfringe.com/workshops.

The Fringe has partnered with the Greater Vancouver Food Bank Society (GVFBS) to help feed the 25,000 people who visit Food Bank depots weekly. Fringe artists keep 100 per cent of their regular box office revenue and some have chosen to donate three per cent of sales from all their shows to the Food Bank! Look in the Fringe program guide to find which shows are designated Food Bank shows. Plus, the way into the Fringe Awards Nightis by making a cash donation to the GVFBS.

Not only will the Public Market Pick of the Fringe Awards be announced, but the Cultchivating the Fringe Award, the Joanna Maratta Award, and the Talk of the Fringe Award return to help the Fringe’s emerging artists take their work to the next level. We’re also pleased to announce a new Site-Specific Award to recognize the best use of a non-traditional or site-specific venue! And we’ll be announcing an exciting new award in collaboration with the Playwrights Theatre Centre! The Awards will be held at Performance Works with an after-party at the St. Ambroise Fringe Bar at AGRO Café.

Public Market Pick of the Fringe and the Pick Plus: September 19-23

Now bigger than ever, the Public Market Pick of the Fringe will include 10 shows! Presented by the Granville Island Public Market, the Pick is the last chance to see the hottest shows of the Festival. Audiences rate the shows they see during the Festival, making up a shortlist for our judges to choose from. Find out who the winners are at the Fringe Awards Night on September 16 and tickets go on sale that night at midnight. The Fringe will also host the Pick Plus! This year the Fringe is proud to present a special workshop performance of Fringe darlings TJ Dawe and Kahlil Ashanti’s newest work, PostSecret. Based onPostSecret.com and featuring never-before-seen postcards, the workshop performances are only $10 and will be held on September 22 and 23 at 2:00pm. Partial proceeds fromPostSecret go to support the Vancouver Fringe Festival and tickets are on sale now!