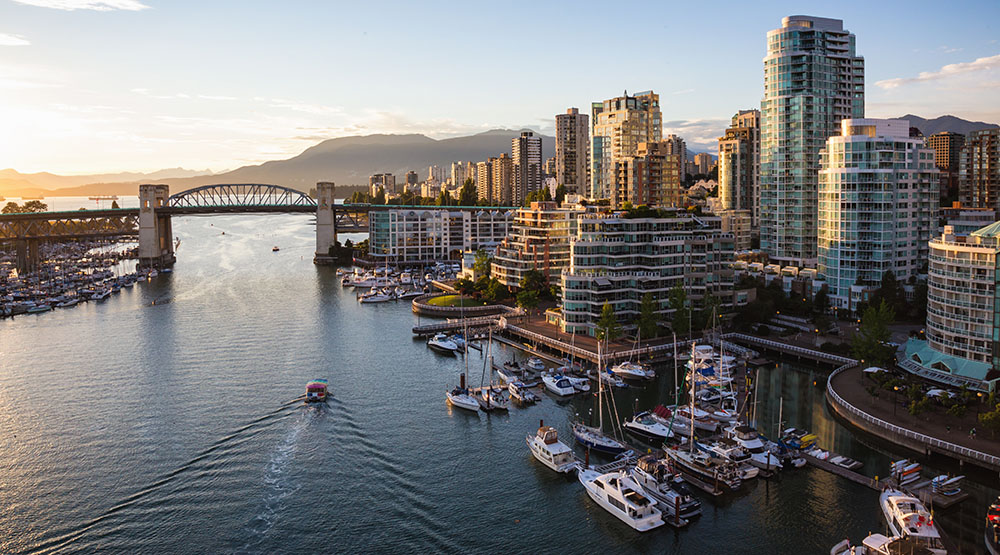 A vast majority of people in Metro Vancouver are in favour of the new property transfer tax rate for foreign buyers in the region, according to a new survey.

The Angus Reid Institute surveyed 737 Canadians online between Tuesday, July 26 and Thursday, July 28, after the new rate was announced Monday.

Under the new rate, foreign buyers of real estate in Metro Vancouver will have to pay an extra 15% property transfer tax at the time of purchase.

Almost the same proportion, 87%, supported the idea of a vacancy tax on the owners of homes left empty, as proposed by the City of Vancouver.

Unsurprisingly, many respondents question how effective the new tax rate will be at deterring foreign buyers and easing pressure on the red hot real estate market.

Some 71% of respondents expected foreign buyers would “find loopholes” to get around the tax and 82% say the province should have intervened sooner.

Speaking to Daily Hive earlier this week, Tom Davidoff, at the Sauder School of Business, warned the new tax rate could lead to a real estate market crash.

Tellingly, the survey found many respondents who rent actually want the real estate bubble to burst, with 72% hoping home prices will drop by a third or more.

What do you hope will happen to housing prices in Metro Vancouver? (Angus Reid Institute)

Respondents who own their home had quite a different view, with 53% either hoping home prices stay the same or go up.

Only 22% of home owning respondents said they were hoping for a drop of a third or more in home prices.

As to how Vancouver real estate got so expensive, the survey found respondents laid the blame squarely on the shoulders of foreign buyers. 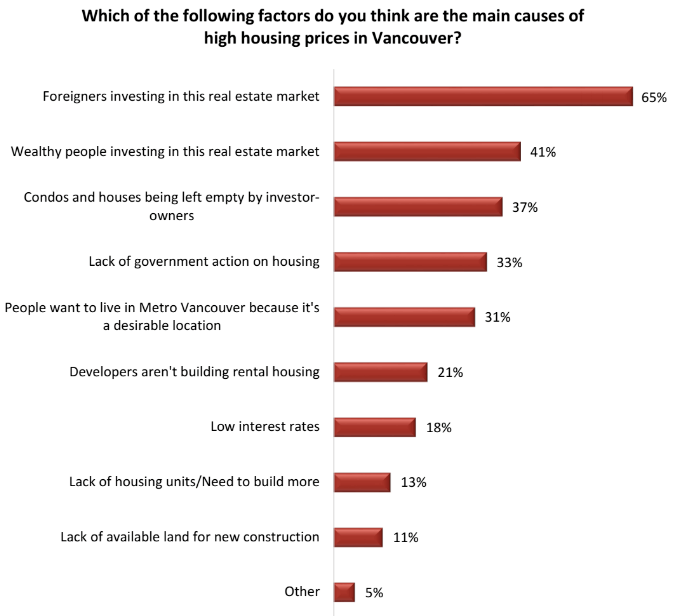 Which of these factors do you think are to blame for high housing prices in Metro Vancouver? (Angus Reid Institute)

Some 65% selected foreign investing from in a multiple choice list of possible factors, while 41% simply chose wealthy people investing here.

A third of people said homes being left empty were also a factor; the same proportion blamed lack of government action on housing.

A full two thirds said they were dissatisfied with the way municipal and provincial government had handled the housing issue.

Just as renters and homeowners were divided on their hopes for the real estate market, they were also at odds over how the new measures will affect them.

How do you think these policies will affect you personally? (Angus Reid Institute)

Some 56% of homeowners surveyed said the foreign buyers tax rate was neither good nor bad news for them. Even more, 62%, said the same about an empty homes tax.

In contrast, 56% of renters surveyed said the new foreign buyers tax rate was good news for them, and 61% said the same about an empty homes tax.

If the availability of places to rent in Metro Vancouver is anything to go by, that hope feels more like desperation – 62% described the rental market here as “really bad.”

So there’s a fair way to go yet then.