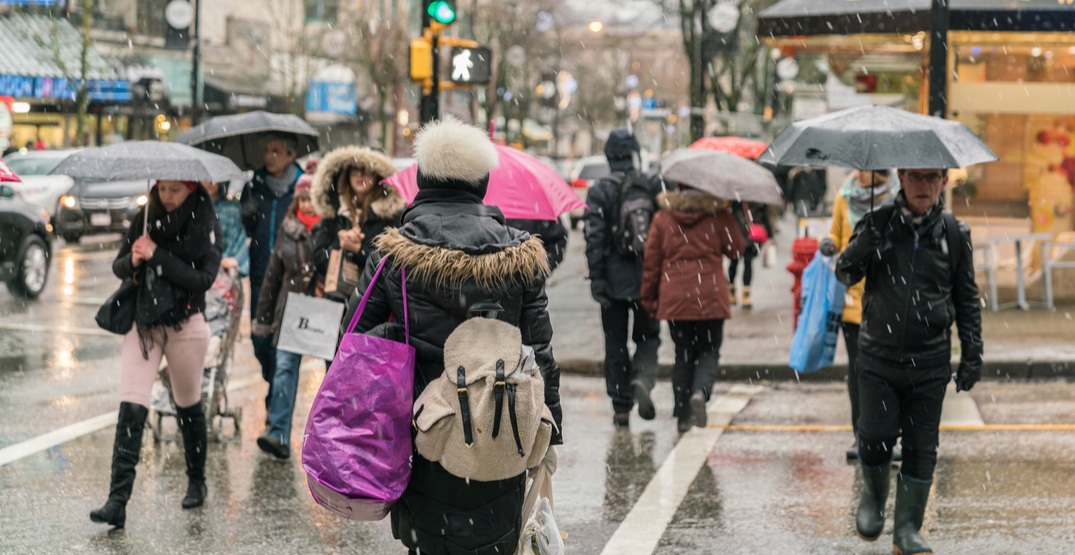 Winter is hard on your car so prepare now and be ready with Mr. Lube. Visit any of our locations in the Lower Mainland for same-day, no appointment, tire service. Find a location near you.

Vancouver could see its first snowfall of the season as early as next week.

According to The Weather Network, Vancouver’s forecast calls for lower temperatures at the start of next week. Thursday, specifically, calls for temperatures near zero and a chance of flurries. 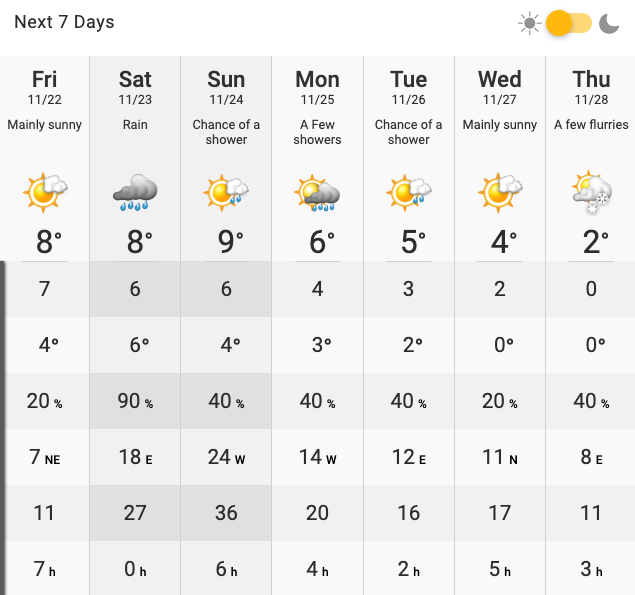 Matt MacDonald, Meteorologist at Environment Canada, explains that the colder weather and chance of snowfall is the result of a cold air mass pushing into the south coast.

“On Monday, the upper circulation in the atmosphere will shift to a north-westerly flow,” he tells Daily Hive in an interview. “A cold air mass will push in from Alaska, bringing cold maritime air into the south coast.”

Although downtown Vancouver and other parts of the Lower Mainland may only see light flurries, MacDonald says that the local mountains are likely to see its first snowfall of the season.

“It’s a sure bet that the local ski hills get five to 10 cm of snow between Tuesday to Thursday,” he says. “Anything at sea level, however, will likely be the odd flake.”

Last year, Vancouver saw no snow through the entirety of November and even partway into December. The city typically sees its first snowfall during the last week of November, with an average of 15 cm of snow in December.