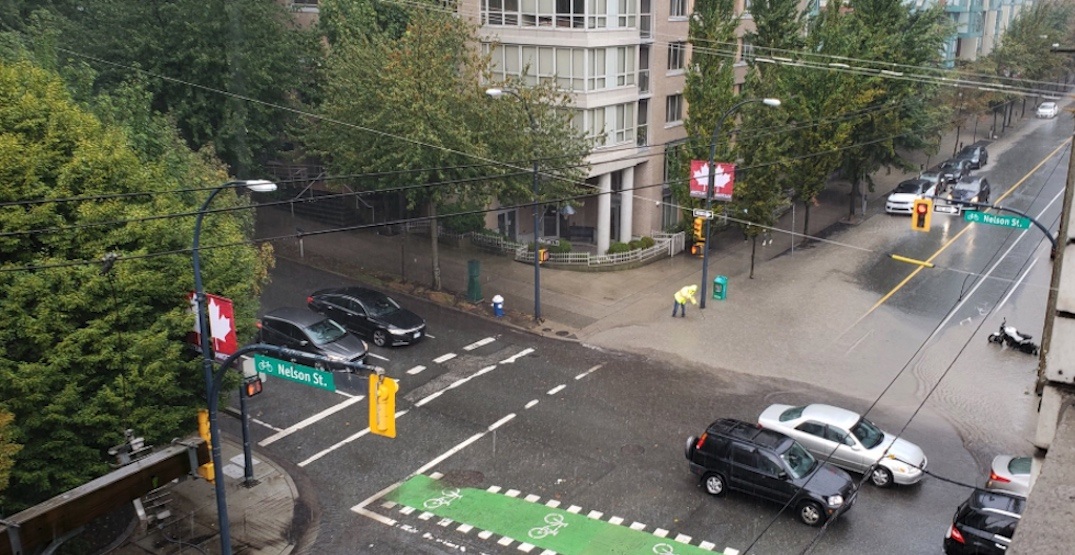 Flooding at the intersection of Homer Street and Nelson Street in downtown Vancouver on September 9, 2019. (Kenneth Chan / Daily Hive)

Vancouver could see another episode of heavy downpour as early as Thursday morning.

According to Environment Canada, Vancouver’s current mix of sun and cloud is expected to end tomorrow morning.

The weather agency is calling for cloudy skies and between 15 to 25 mm of rainfall.

Precipitation will increase around the North Shore, which could see as much as 35 mm.

A break in the showers is expected on Friday, before returning to periods of rain and showers from Saturday to Monday.

In other words, get an umbrella ready and wear proper shoes — Vancouver might just see more of Monday’s flash flooding.

‘Lake Gastown’ at the top of the hour. Video by Alvin Hartono. #Vancouver @DailyHiveVan pic.twitter.com/CTAOGflxgR