One of my favourite summer activities is biking along the seawall, usually followed with a gelato, Blizzard, Slurpee or some other frozen treat. So imagine my utter joy when I found out Vancouver’s newest food cart wasn’t actually a cart but a bike. A bike that was often parked along the seawall – selling artisan popsicles! Forget Popsicle Pete, this is the summer of Johnny’s Pops.

I had you at “artisan popsicles,” right? How good does an Apricot Salted Caramel popsicle sound right about now? Maybe Raspberry Lime? Or why not Blueberry Cardamon? Those are just three of the gourmet flavour creations concocted by Johnny, the Popsicle Professor. Made with organic sugar and lots of TLC, these popsicles are totally worth the $4 price tag (bring a friend and get two for $6). Halfway through my first Apricot Salted Caramel popsicle I knew I wanted another. 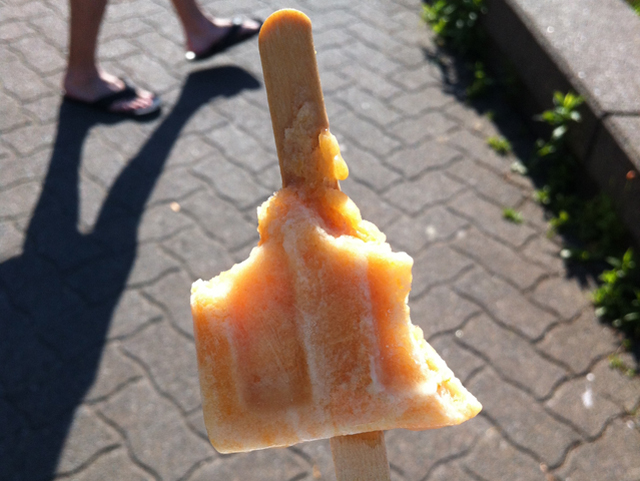 The salted caramel wasn’t overpowering, goes perfectly with the sweet apricot and was much more refreshing than I initially envisioned. I credit that to fresh and (when possible) local ingredients. My friend downed a straight-up Strawberry and judging by the fact that it was gone in about 6 pecoseconds, I can assume he loved it. The fan favourite so far has been the Raspberry Lime, a quenching delight that Johnny’s Pops sells out of regularly. I’m a big fan of the little things, like adding lime zest to give the popsicle texture and added flavour. These aren’t frozen kool-aids, they’re the real deal. 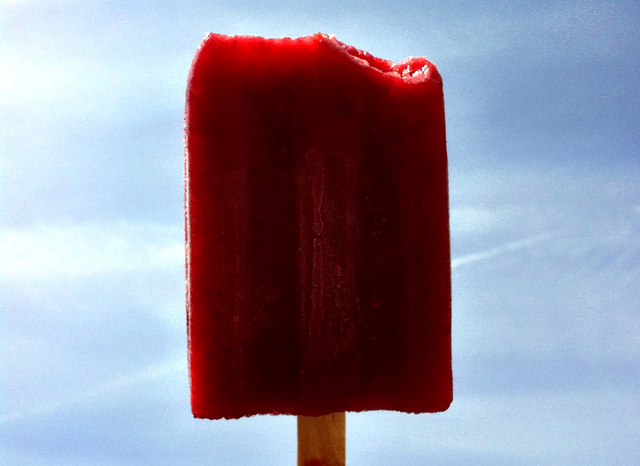 Other flavours that Johnny has been known to create in his Popsicle Lab include:

While the popsicles are absolutely wonderful, I also love Johnny’s Pops because it is a fully functioning bicycle. With a permit that allows him to setup shop anywhere outside the downtown core, Johnny’s Pops has the ability to go (literally) where no food cart has gone before. As long as he’s legally parked (and how do you illegally park a bike?) he’s good to go. This allows him to set up all along the seawall, often at Olympic Village or just outside Granville Island, or peddle to large offices, special events or pretty much anywhere without a massive hill. Last time I visited, Johnny was busy serving the hungry owls at the Hootsuite nest in False Creek. With a cooler capacity of 60-70 popsicles and dry ice that keeps them cool for up to six hours, Johnny’s Pops is ready for summer. Are you?

Location:
Often along the Seawall, down by Olympic Village or Granville Island but make sure to follow Johnny on social media for daily locations and special appearances!

Hours:
Weather permitting Monday to Friday: 3 p.m to 7 p.m. (or until he sells all his popsicles)