Kicking off the event with a key season trend, black and white, shown in stripes, weaves and textures. Highlighting a new collection MAJE, a sister company to the Parisian line SANDRO, a sophisticated black and white tailored jacket ($565) with wide vertical stripes. Eye catching but simple, it was the prefect transition from fall to spring. 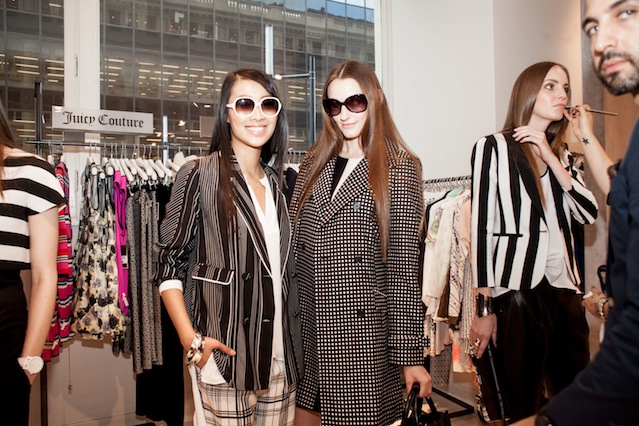 Black and White styled by Susie, Noreen and Suzanne

Trends followed into other narratives, Florabunda – a current look in hot climates such as Florida and Brazil, gave a punch of needed colour to the seasons black and white palate. Moving to a softer spring collection named Sweet Chic, garnished a positive crowd response to a motorcycle jacket by Maje ($990) in two-tone rose pink leather. 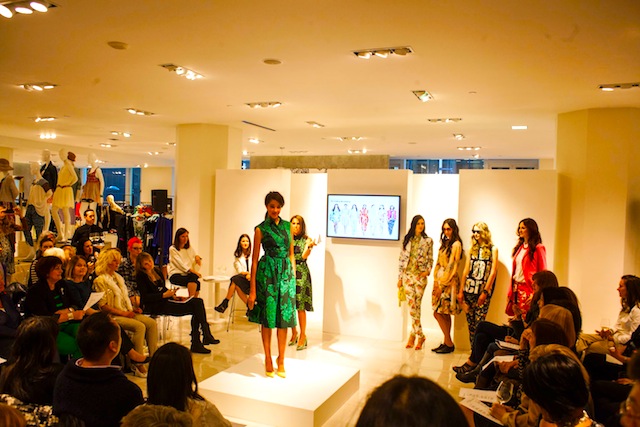 Soft watercolours, lace skirts and light denims caught the attention of shoppers and bloggers alike.  Sweet Chic stirred the ladies and aroused a gaggle of social media mavens who were caught snapping photographs of this desired spring motorcycle jacket. 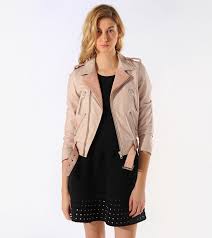 The dialogue concluded with the final trend, “gypset” (gypsy + jet set) leaving the audience with a MANISH ARORA hand-beaded, “Burning Man“ inspired jacket ($1180) from The Room, The Hudson’s Bay true designer space. The gypset attire, while lively and colourful was difficult for Vancouverites to muster as wearable for our casual climate. However casual we are, not a single pair of LULULEMON pants graced the event, the ladies did us proud. 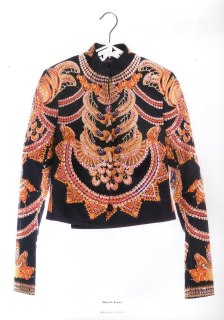 Suzanne’s intimate reception and prize giveaways inspired shoppers and Vancouver fashion lovers to jump out of their rainy day winter frocks and dive into the tantalizing array of sorbet colours wooing the audience throughout the floor.

The event energy was contagious, forcing me to venture up to the newly renovated sixth floor, dedicated to men’s fashions. Solely coveting the men’s Sandro line, a well-tailored collection that most Vancouver gentlemen would like to own – in its entirety. Sandro for men is among the newest collections for the growing roster of designers at The Hudson’s Bay Vancouver. Definitely worth a visit!