Jessica Gares (@jessicagares980) and Claire Allen (@claireallen980) of CKNW AM980 did a four-part audio series about the local escort industry. The audio docs have received a lot of buzz and so we felt it was content worth sharing. Also included are their thoughts and opinions on each episode.

Both Jessica and Claire were able to interview an “escort handler,” a couple of female escorts with different backgrounds and a man who brings an escort into his bedroom to share with his wife.

What they find out may open your eyes to the industry as a whole. Obviously this is a small snapshot of the oldest profession in the world, but it does give us a peek into a trade that is not only prevalent in Vancouver but is thriving. 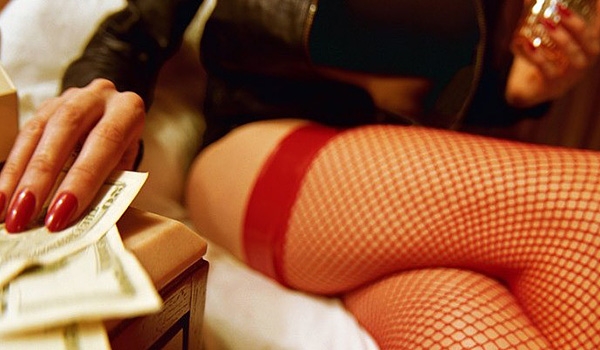 I chatted with Jessica and asked why she wanted to research this particular subject matter:

“The escort industry is alive and well in Vancouver, as the back page ads or a quick Google search will indicate to anyone who might be curious. That’s why Claire Allen and I wanted to provide our listeners with a snapshot of the escort industry to spark a discussion and debate on the sex industry.

The content of our four-part series is raw and risque, especially for the CKNW airwaves and it made some of our listeners uncomfortable. Perhaps they were uncomfortable to learn how large the industry is and how many people could be leading double lives.” – Jessica

Today, we present to you part one of this audio series called Sam “The Handler.” According to Claire, Sam was the most difficult person to interview.

“Almost instantly upon meeting Sam, he became angry with Jessica Gares and I. He wanted us to accompany him to one of his ‘working suites.’ He was persistent. We declined.

Being as this was a radio documentary, viewing a bed in a rental suite served no purpose and we were put off by his insistence. Sam berated us for not having more knowledge of the sex trade.The subtext was that we were prudes.

The interview culminated in an invitation for me to come and work for him. Needless to say, I declined. I felt the invitation was provocative and inappropriate.” – Claire

Both Jessica and Claire went on to explain that for all of Sam’s creepiness, he seemed to be doing things in a fair and unexploited manner but they weren’t prepared to let go of the notion that he wasn’t a pimp.

“I would call Sam a pimp; not a stereotypical 1970s pimp in a fur coat with a cane but he seems to have control over the women, despite insisting they’re independent. He markets the escorts and in order to do that effectively, he says he needs to “test drive” them first in order to see how they are in bed.” – Jessica

“Compared to the other models that we heard about while working on the documentary, Sam’s model seems to be the least exploitative. I find it creepy that Sam has sex with all the women he works with, but after Sam explained it to us, I began to understand his reasoning. I suppose you can’t argue with ideas of quality control and training!” – Claire

Listen to part one of this four-part series, “Sam the Handler,” and get a glimpse into Vancouver’s escort industry. Voices were altered in order to protect the identity of the subjects being interviewed.