As we all know, Vancouver has earned a growing reputation as a fit a city, as of late. Running, Spinning, Organics, Yoga, Juicing – you name it, we’ve got it. From classes to clothing, and varying terrains for outdoor activity, our city houses a fit, healthy and fast-paced culture. The recent launch of RunGo, a Vancouver-based fitness app geared towards runners of all levels, further displays that the fitness and tech community here in Vancouver is thriving.

I’m Craig Slagel, RunGo was founded to create innovative health and fitness apps. I worked in technology for 20 years, including working at Electronic Arts and Microsoft. As an avid runner having done 23 marathons and 85 ultra-marathons, I wanted to combine my passion for running and experience in technology to create support for runners. I looked for ways to augment runners, I was inspired by Zombies Run and created a game that required the play to run around the city to earn points, but found the game took away from the running. I then moved to create a virtual running partner, with Run With Us, this was closer but became repetitive and boring after a few runs.

I adopted a retired Guide dog named Dynasty that inspired me to think about guiding runners. I tend to get lost running and after talking to other runners I found out this was very common. RunGo was created to help runners discover new running routes and help them to not get lost while running. RunGo is the only app on the market with turn-by-turn voice navigation. It is complete with an in-app route creator and has routes in cities worldwide including Vancouver, London, New York and Sydney.

Finding great people to work with, it took a while to build our team, creating new technology is hard and finding a team willing to really innovate was challenging. But now we have a great passionate team.

How has Vancouver’s rising startup community played a role in the development of RunGo? 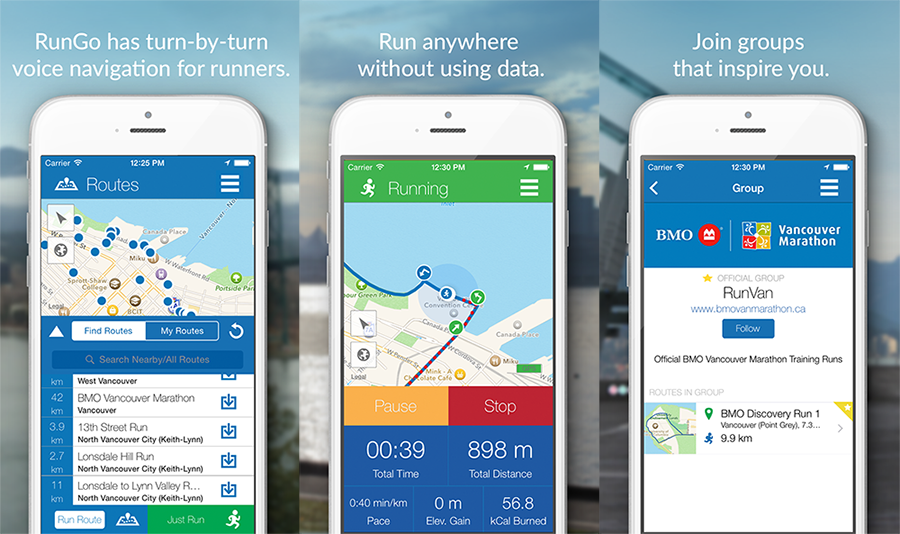 We have been at Launch Academy for over a year, this has really helped connect us with the community, events and other startups.

We wanted to create a system similar to the in-car GPS Navigation system for runners, we couldn’t use existing systems because other navigation systems are designed for point to point, so we built our own system designed for runners’ needs. We also wanted to solve the question, “Where do I run?” so we also created a system to create a library of runs. We are working with runners, running club and race directors to build a library of great places to run.

I worked in the Video Game and Visual Effects industry for a long time, and started to become concerned with the changes and instability in those industries. I decided to quit my job and do a Masters, this was one of my goals. I did the Masters in Digital Media at the CDM in Vancouver. After graduating, I started my company to create Health and Fitness Mobile Apps.

I’m lucky to be friends with Markus Frind, from Plenty of Fish, he has given me some great advice on how to succeed, going into market as quick as possible with MVP and using analytics to help you grow and adapt to market needs. 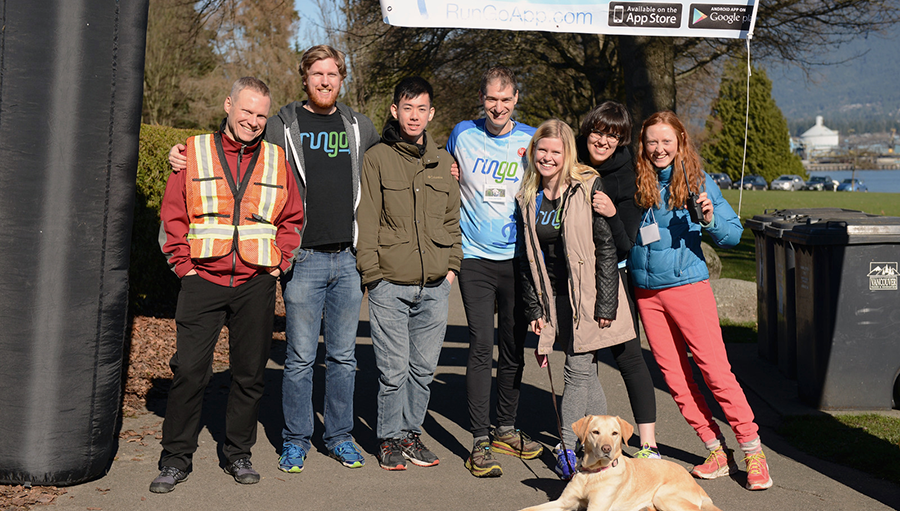 Ellie Greenwood is an inspiration as she is a winner of Vancouver Marathon, Comrades Marathon and 100k World Championships. In addition to her achievements she’s really an awesome person.

Learn more programming, even though I have a computer science degree, I didn’t really use it for my career until I started my company. Being a better programmer would have made my life a lot easier.

The Microsoft Bizspark has been great to keep software costs down. Launch Academy has been amazing and has assisted our growth. Also I went through the SFU Venture Connect program that helped me avoid mistakes, and lastly the Concierge Service for SME, has helped us apply and receive some grants we didn’t even know about.

Join an incubator program early, go to as many Meetups and Startup events as possible. Don’t be scared to share your idea with others and be open to all feedback.

If you’re new to running, you no longer need to worry about whether your running partner will show up, RunGo‘s got you as your virtual running partner. For those of you seasoned runners, or those training for an upcoming Marathon like the BMO Vancouver Marathon, RunGo will be there every step of the way, guiding, supporting and helping you performance at your highest level.

*Vancouver Entrepreneurs is a weekly feature on the city’s most notable entrepreneurs and startups that are making a local and even a global impact. If you think your venture deserves to be on the series, send an email to casey(at)vancitybuzz(dot)com to explain why you’re a fit.