We’re in for a treat this week as a local startup has gotten off to an explosive start. Mobio is a social media platform that connects celebrity influencers and brands directly with their fans.

It differentiates from Twitter by allowing influencers to create the kind of high-quality content their followers are asking for and share in the revenue it generates. Just two months since its official launch, Mobio has attracted more than 30 celebrity influencers and boasts 2.5 million unique visitors and counting. CEO Mark Binns explains how the platform has taken off so successfully.

I was born and raised on a sheep farm in rural PEI and developed a passion for technology at an early age. I received my first degree in computer science and then became very interested in business during the dotcom years. So I got my MBA at Western and built a career advising technology companies on how to acquire customers and grow revenue. 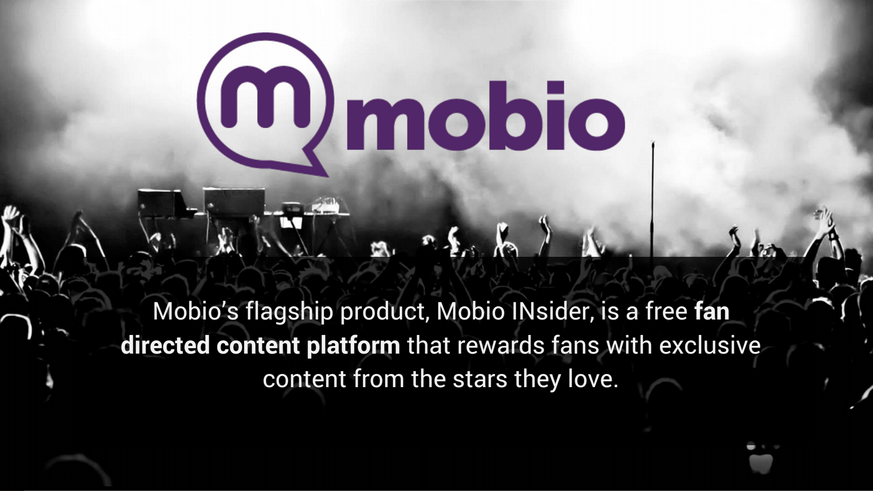 Mobio arose out of an exciting market opportunity. I was working with a group of talented people who recognized that celebrities drive a massive portion of social media traffic and they’re not being rewarded for it. So we decided to build Mobio to allow influencers to give their fans the content they’re asking for and share in the advertising revenue.

2. What’s been the secret to your explosive growth and what did you do in the early days to onboard your first celebrities and early advocates?

Our secret was picking celebrities that have very high engagement, rather than just looking at their follower numbers. Because they put a lot of effort into making great content, we wanted to build something that is not only easy to use, but that also rewards them for sharing great content. We had 15 celebrities signed up before we even launched the product, including Pamela Anderson, Slash, Paul Wesley, Lucy Hale and Bella Thorne.

3. How has Vancouver’s rising startup community played a role in the development of Mobio?

Vancouver has a rich startup culture. It’s been great to talk to companies like HootSuite, Unbounce and Mobify about how to build a world-class startup. And being part of LX Ventures (TSX Venture: LXV), which has a lot of startups under one roof, has allowed collaboration between companies. For example, we’re now working in partnership with Strutta to provide added value to its customers through access to a larger audience. The Strutta team has been a tremendous help to the revenue generation potential of the company.

Celebrities with large followings on social media are drinking from a proverbial firehose – they get 50,000 mentions every day and have no way to make sense of it all. Mobio curates fan requests for them, which allows them to make sure they’re building content for maximum engagement. It also solves the problem of being held hostage by other social networks for the revenue stream their content is creating.

I became an entrepreneur when I graduated from Ivey at Western with my MBA. A lot of classmates went to work for big consulting companies but I was looking for an opportunity to do my own thing so I created a consulting company. There were a lot of challenges: no customers, no money, financial demands from school debt, etc. But you realize when there’s no one else to turn to that you have to hustle hard. You learn and grow 10 times faster than when you’re working for a large company.

My father was an entrepreneur and had his own business called Island Bean Ltd., which was a consumer packaged goods company. Watching how he built a customer base seemed really exciting to me. He also ran his own independent consulting company for years which made me realize you can just go out and do it.

Vancouver Canucks’ goalie Roberto Luongo; he’s quietly amazing on social media. He has a very engaged following, plus he has the biggest sports brand in Vancouver behind him and he’s had an interesting couple of years with the Canucks. He would be a superb addition to our sports vertical.

You’ll never feel like you have a job if you love what you’re doing, so start early. I probably spent a few too many years being a software developer before I realized that being an entrepreneur and business builder was much more my passion.

Also, build a mentor network in all aspects of business. A lot of my mentors were bosses at former jobs, and I’ve kept them as mentors over time because, having worked with me, they can tailor their advice to me.

Get your customer first. A business is about having someone who will pay you money for a product or service. It’s not about incorporation or getting office space and buying computers. That stuff is just administration. Get a customer who is willing to give you money and you have a business. Everything else is just details.

To have a seasoned entrepreneur like Mark give his insights and story sure teaches you a lot. You are always learning and hustling hard in this career no matter your age, industry, or experience. After hearing Mark talk about the voids that Twitter cannot fill it makes a lot of sense why influencers would be attracted to a platform like this.