This week’s featured startup, Mobile Commotion, is onto something interesting in the advertising world as they look to provide a sustainable and low-cost alternative to brands by the means of a bicycle and a moving billboard – sounds like a Vancouver startup!

The marketing world is always shifting as brands are constantly looking for innovative and cost effective ways to reach their target market. You usually see this in the digital realm, however, the offline side of things seems to remain relatively static. The last real attempt to change I remember was the QR code and we know how that’s doing.

1. Who are you? Tell us about your business/core idea and what inspired you to create it

My name is Amaan Jaffer and I am the founder & president of Mobile Commotion. Environmental health and sustainability is a value I share with a majority of Vancouverites. I have had a passion for marketing, advertising amongst all other aspects of business since youth. After seeing this concept proven in Europe, the lack of attention to it locally, the opportunity arose and I went after it. I have a lot to thank both my business partners for Mobile Commotions success, Irfhan Rahemtulla and Kevin Johnston (owner of Creative Factor, Calgary).

2. What kinds of brands have advertised with you and what makes your way of doing it more effective than other OOH (Out-Of-Home) advertising?

We have worked with a number of small and large businesses including Uniform Central, Tru-Value Optical, Subway Restaurants as well as international charity organizations; The World Partnership Walk and motionball. From main roads, bridges to tourist zones, our billboards are able to go where no other form of advertising can, for a fraction of the price. We are able to approach potential customers directly handing out promotional material and spreading the brands message. 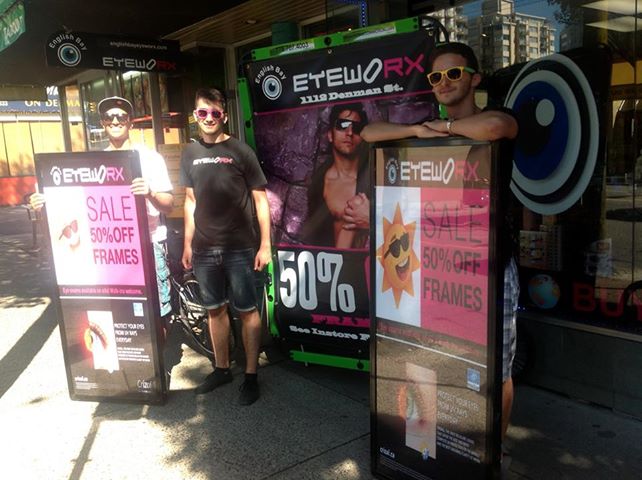 3. How has Vancouver’s rising startup community played a role in the development of Mobile Commotion?

Vancouver is full of brilliant entrepreneurs operating in almost every industry imaginable. I have had the opportunity to get to know a few and look forward to meeting many more. They have played an immeasurable role in supporting us by sharing their networks and providing helpful critiques and suggestions.

4. What kind of challenges has your team had to face and how have you mitigated them?

The largest hurdle we have had to face has been convincing small business’s to take a chance on a form of advertising that they have never seen. Many business owners see our products, and the potential, but are hesitant to take a step forward. With a lot of hard work and a little bit of luck we found a small handful of business’s to give us a shot. The success of their campaigns spread to the businesses around them and our phone started to ring. 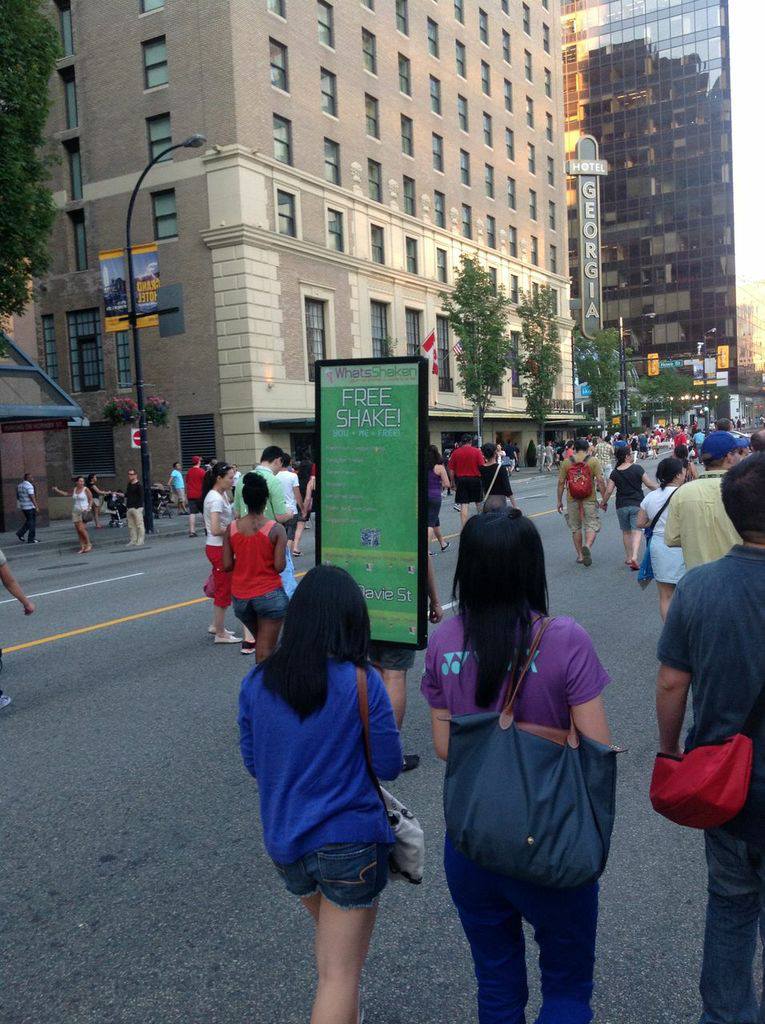 5. What core problem are you specifically solving for Vancouverites?

For Vancouver business’s; we are an affordable, highly effective means of reaching their target audience through a unique humanized solution.

I have been inspired by so many different entrepreneurs, from those in my family to celebrities; it’s hard to give credit to just one. But I will say, most recently, would be Kevin O’Leary. His constant struggles in his early stages, his methods of overcoming such obstacles and still carrying a strong passion towards business and success has truly resonated with me. 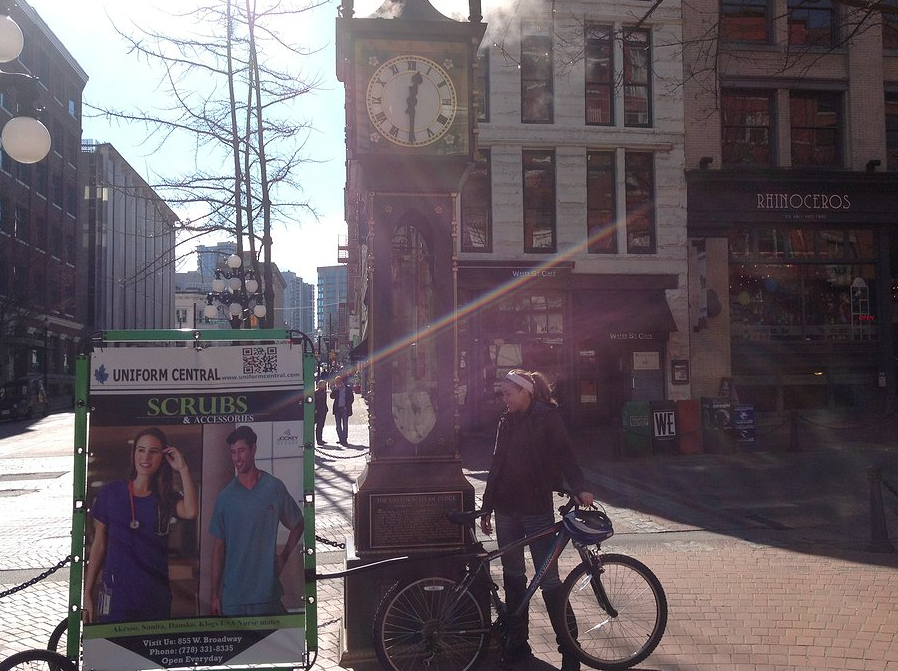 7. What Vancouver celebrity would you most be excited to have as a member of the team and why?

Jim Pattison, with his overwhelming market share in the traditional billboard industry would be the strongest partner we could hope for.

8. What’s your advice for current or future entrepreneurs?

Niklas Zennstrom, founder of Skype says it all here “Its not a job, it’s a lifestyle. It defines you… last thing at night you’ll send emails, first thing in the morning you’ll read emails, and you’ll wake up in the middle of the night. But its hugely rewarding as you’re fulfilling something for yourself.”

It’s great to see a group of entrepreneurs take advantage of Vancouver’s bike lanes and to provide new advertising alternatives for other startups and major brands. The hardest part will be tracking the success of the ads and proving a return on investment. Also, since it’s so new, brands don’t quite budget for it so it might take some time and more competition for this to really start to move. Only time will tell!

*Vancouver Entrepreneurs is a weekly feature on the city’s most notable entrepreneurs and startups that are making a local and even a global impact. If you think your venture deserves to be on the series, send an email to paul(at)vancitybuzz(dot)com to explain why you’re a fit*