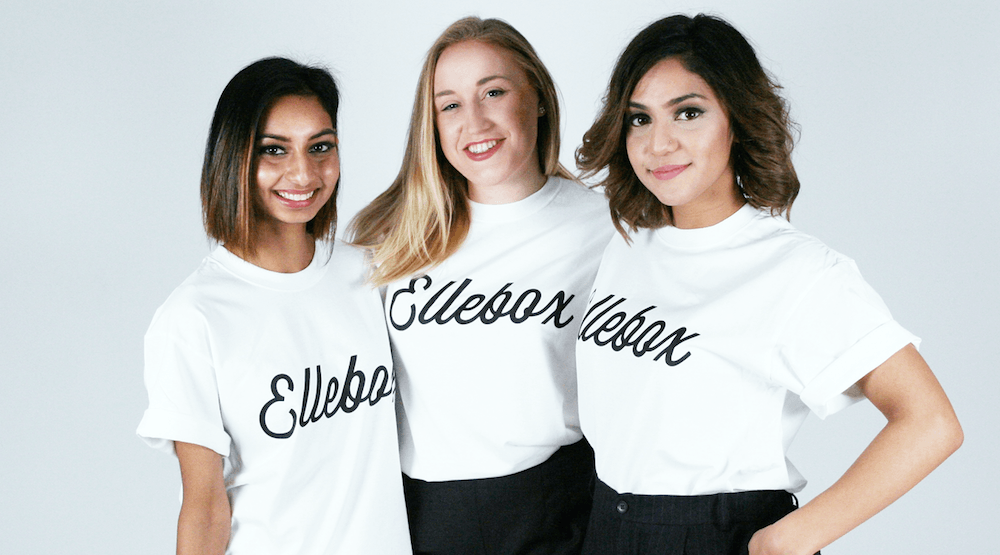 Vancouver entrepreneurs Bunny Ghatrora, Taran Ghatrora, and Jessica Bilmer made a pitch of a lifetime on Dragons’ Den and Canadian fashion entrepreneur Joe Mimran was ready to invest.

The Ghatrora sisters and Bilmer are the masterminds behind ElleBox, a monthly subscription box of customized organic pads, tampons, and self-care gifts to treat women on their periods.

They pitched ElleBox on Wednesday’s Dragons’ Den student special. The original deal the ladies asked for was $25,000 for 15 % of their company and Mimran offered them an investment.

Tune in next Wednesday, Feb. 1st to see what the Dragons thought of ElleBox!

But as things go on reality television, the outcome of the episode was a little different than what viewers watched.

“We filmed the actual Dragons’ Den episode on May 1st last year and it just aired, so a lot of things have changed since then,” Bilmer told Daily Hive.

After the show, the Ghatroras and Bilmer decided to not go through with the deal on their end, because ElleBox saw dramatic growth after the show.

“As our company grew at an accelerated pace in the summer, our valuation increased and the deal (with Mimran) did not make sense for us anymore,” said Taran.

The entrepreneurs are now working closely with Vancouver-based investors. In October, ElleBox was chosen to be part of  The Next Big Thing (TNBT) cohort– an eight-month program offering fellows access to mentorship, top-tier networking opportunities, and hands-on learning.

The new opportunities have helped ElleBox expand across Canada and in seven US states and the company will be relocating to Toronto in May.

“The deals on Dragons’ Den are based heavily on valuation and on your company’s previous earnings,” said Bunny. “In our case, we were only launched for three-and-a-half months when we went on the show.”

Working with new investors, the ElleBox trio now feels like their vision and values are aligning with the deals they are making. ElleBox now only carries organic menstrual and self-care products.

“This is really important because most women aren’t aware what is in traditional tampon brands,” Taran told Daily Hive in a previous interview.

Overall, the young entrepreneurs agree their Dragons’ Den experience was positive for ElleBox.

“We have had a ton of people reach out and a lot of new signups,” said Taran. “So, it’s been great for us.”

As the trio prepares to expand into the US they have their eyes on Shark Tank and pitching to fellow Canadian Kevin O’Leary.