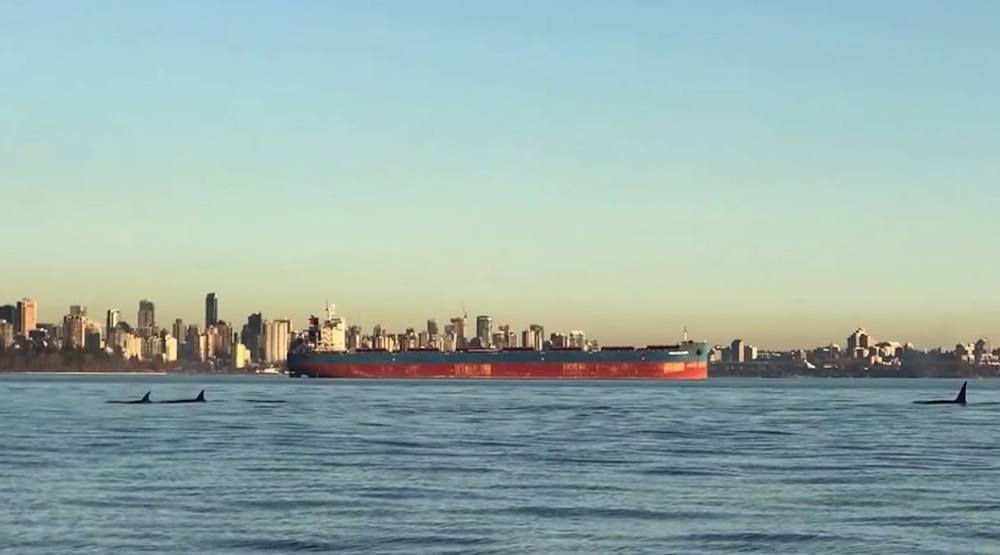 A pod of orca whales were spotted in Vancouver Harbour on Monday, swimming closely alongside freight ships at one point.

Video uploaded to YouTube yesterday by James Tansey shows the whales frolicking in the waters of Burrard Inlet just before sunset.

Tansey says he was with a group boating back from a day trip to Bowen Island when they saw the pod. They turned off their engines and drifted for about 45 minutes to watch the whales as they circled around the harbour.

Boaters, both motorized and unmotorized, are reminded to keep a minimal safe distance of 100 metres from the whales, according to the federal government’s Department of Fisheries and Oceans regulations. If traveling in a motorized boat, speeds should be reduced to less than seven knots when within 400 metres of the nearest whale. As well, avoid making abrupt course changes.

Whale sightings in the waters in and around Vancouver have increased in recent years due to improved environmental conditions. Water quality has drastically improved compared to just a few decades ago when much more of the region’s shorelines were industrialized.

Other species recently sighted include grey whales and even a humpback whale, which stayed in Burrard Inlet for at least three weeks in April 2016.