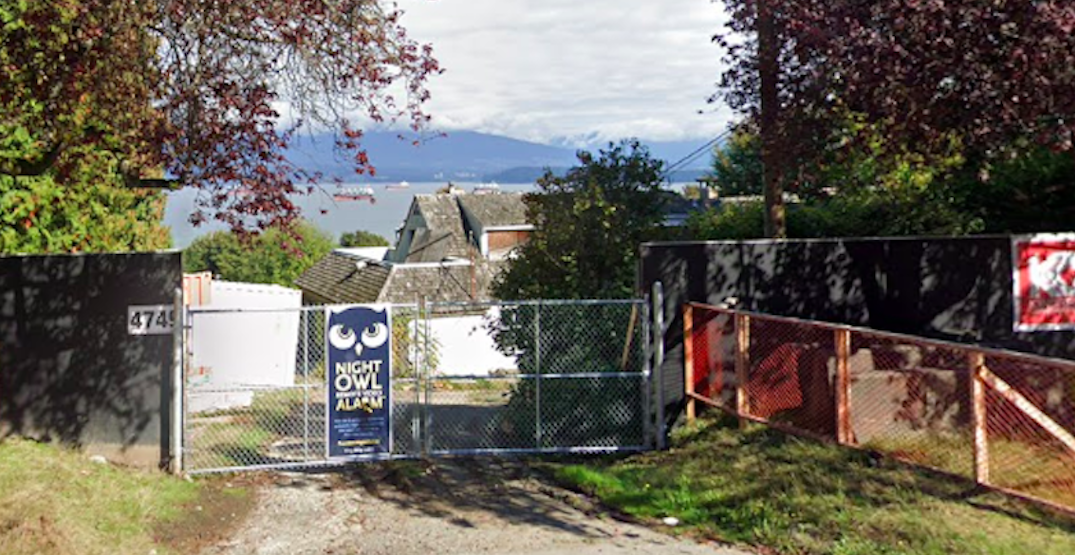 A Vancouver homeowner who took the city to court over the Empty Homes Tax won’t be required to pay it – for now at least – after the BC Supreme Court ruled in her favour.

According to court documents, Yi Ju He bought the property – located at 4749 Belmont Avenue – in October 2015, two years before the tax was implemented in 2017.

“Throughout 2016 and 2017, Ms. He undertook various steps toward redeveloping the Property,” court documents state. “Essentially, this involved efforts to remove the existing house on the Property and construct a new residence on it.”

From January to April 2017, “He or contractors acting on her behalf submitted applications to the City for various permits in respect of the redevelopment of the Property, including an application for a building permit.”

According to court documents, “some” permits were issued by the city by the summer of 2018. In February and April of this year, the city issued permits for the demolition of the existing house and construction of the new house on the property.

The documents stated He did not file an “Empty Homes Tax Property Status Declaration” with the City, by which she could claim an exemption from the Vacancy Tax for 2017, by the February 2, 2018 deadline.

However, on February 5, 2018, the City sent He a “Bylaw Warning Notice.” In the notice, the City noted that she had failed to submit the required Property Status Declaration.

The notice advised that, since 2017 was the first year for the imposition of the Vacancy Tax, an additional one-month period was allowed within which to file it.

Later that same month, He filed a Property Status Declaration with the City for 2017, claiming an exemption from the Vacancy Tax for 2017 under s. 3.2(a) of the by-law, which stated, among other things, that the vacancy tax is not payable under this by-law for a parcel of residential property if the residential property was unoccupied for more than six months in order to “redevelop or safely carry out major renovations to the property, for which permits have been issued by the City.”

However, in March 2018, the city denied He’s claim for the Redevelopment Exemption and issued a Vacancy Tax Notice imposing a tax of $249,313.67 on the property. In July 2018, He submitted a request online to the Vacancy Tax Review Panel to review the decision.

“Further difficulties with the process arose when, prior to making its decision, the Review Panel sought and received advice from other City officials concerning the permits that Ms. He had applied for and been issued in respect of the Property and any reasons for any delay in issuing those permits,” the court documents state.

The review panel also failed to advise He “of the input from other City officials on the permitting process, despite the Review Panel later considering these communications as part of its review of the Determination arising from He’s complaint,” according to the documents. In addition, the panel “did not afford He any opportunity to respond.”

In April of this year, He was informed by the city the her request for a review had been rejected. Then in June, the review panel clarified that that it did not consider that the evidence presented by her brought her within the requirements of a Redevelopment Exemption.

In her ruling, Justice Shelley Fitzpatrick agreed the decision was made without  “the requirements of procedural fairness,” and ordered the issue of whether the property is subject to the Vacancy Tax for 2017 “be remitted back to a new VTRO for determination.”