Vancouver Open File researched and found a couple of maps that pinpoint the history of Vancouver earthquakes. Being that we are situated on the Juan de Fuca tectonic plate “The Big One” is supposedly just around the corner. The map above indicates all recorded earthquakes around Vancouver between 1627 and 1992. 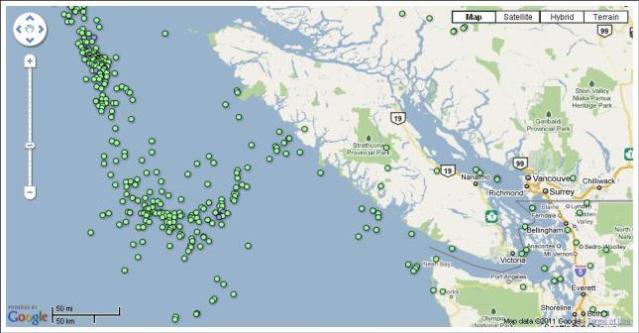 The second map is all the earthquakes in the past two decades.

Each point on the map is colour-coded based on its magnitude: