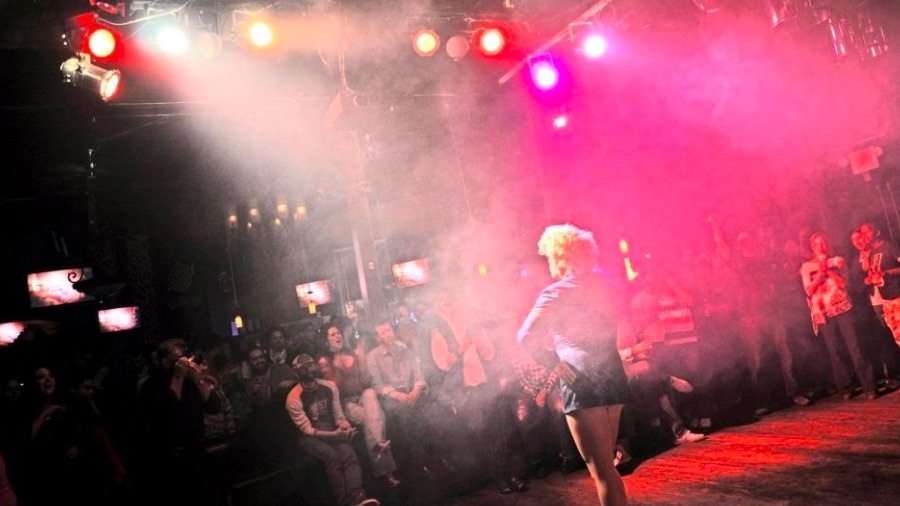 This piece was written for Daily Hive by David Cutting. David is a local drag performer and writer. He is known for his big smile and obnoxious laugh. He is the Co-host/Co-creator of The Sleepy Girls Show, a drag show that runs on the last Sunday of every month at 8:30 pm at Displace Hashery.

Did you know that Vancouver has a massive drag scene? Because it does, and it spans genres, generations, and decades of history.

Perhaps you watch that Rupaul show and think to yourself “gee I wish this was a thing I could see in my own city!” Well I am here to tell you that you are in luck, in fact, you are a bit behind the times.

Our city has a delicate drag ecosystem that is pulsing with creativity and brimming with talent. I’m constantly shocked when people who claim to love drag have no idea that it’s at their backdoor almost daily. Sometimes, when people don’t even know what drag is, I’m even more shocked.

So I have prepared a little breakdown for you, an amuse bouche of Vancouver drag if you will. It’s a quick guide that condenses more than five decades of legacy into a few paragraphs – partly because I have limited word count, but mostly because y’all have poor attention spans. 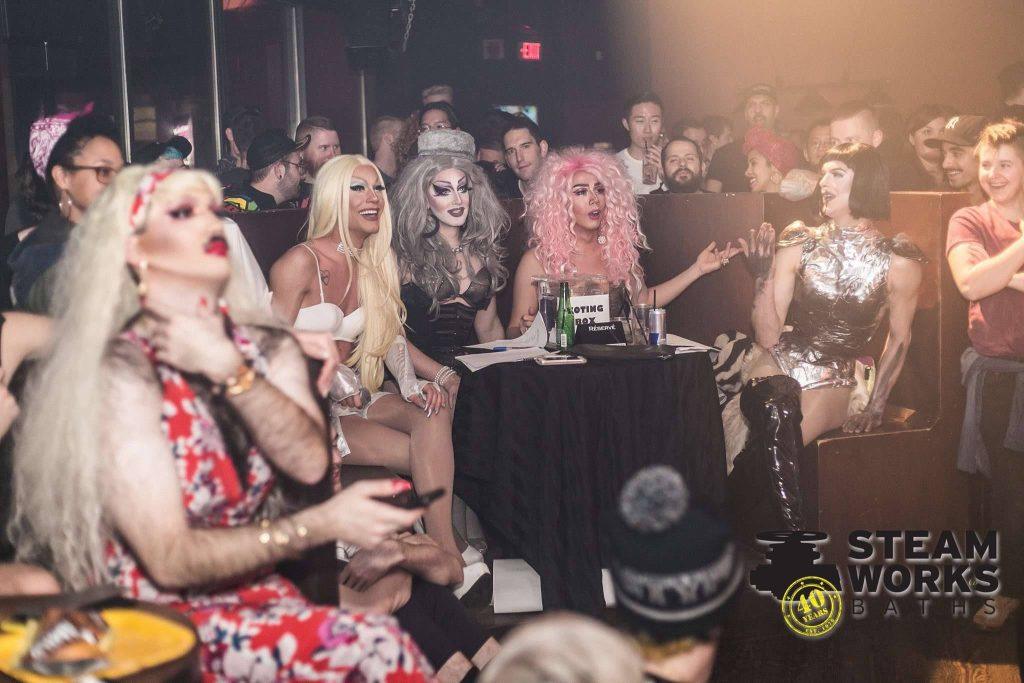 To those who need to know, Drag is heightened gender performance, and is often offered as social commentary on gender. Drag queens perform exaggerated femininity. Just like femininity in real life, they can take lots of different forms and can be performed by anyone of any gender.

Drag kings perform exaggerated masculinity. We are also lucky in Vancouver to have Rose Butch in our midst, who identifies as a Drag Thing. A drag thing is someone whose drag is not focused on performing any single gender, but whose performances encompass the fluidity of gender. 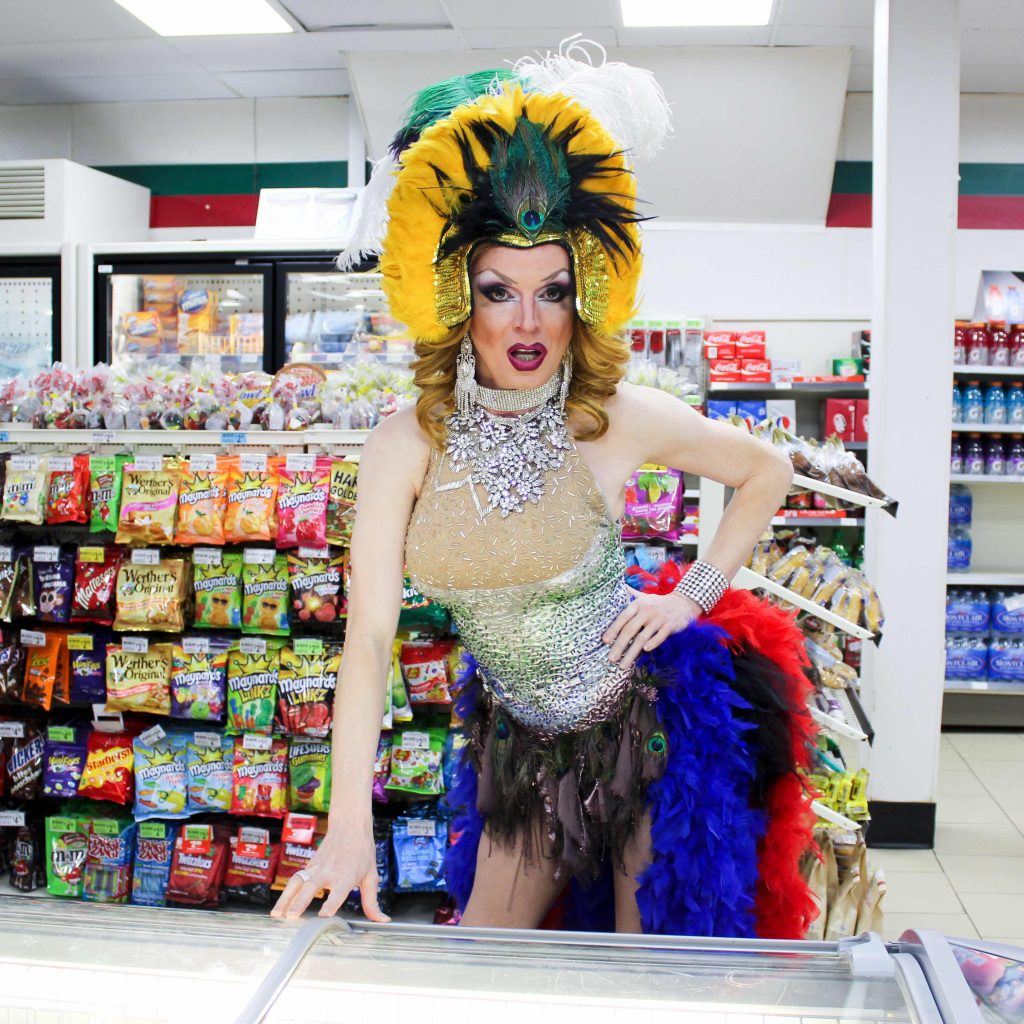 The shows in this city have a life of their own. They explore themes and characters, they tell stories, they happen for a good cause, and they sometimes happen to crown the best of the best.

What they all have in common however, is a community.

And you have all manner of great communities to choose from right here on your own doorstep.

From Peach Cobblah’s Tuesday night Shame Spiral, which explores her guests’ shameful life experiences; to Alma Bitches’ aptly titled Sunday worship, Sanctuary. There’s even a drag coven called BRATPACK that turn the Junction out (a drag term that here means a fun party and good time for all) every Thursday.

One thing you can guarantee at this kaleidoscope of shows is that you will never be bored – well, I mean, maybe you will, but that just means you haven’t consumed enough alcohol yet.

Want to find out more about Vancouver’s drag shows? You can check out a directory of all the weekly and Monthly shows online. So if you’re bored and want some action this is a great resource to help you out. 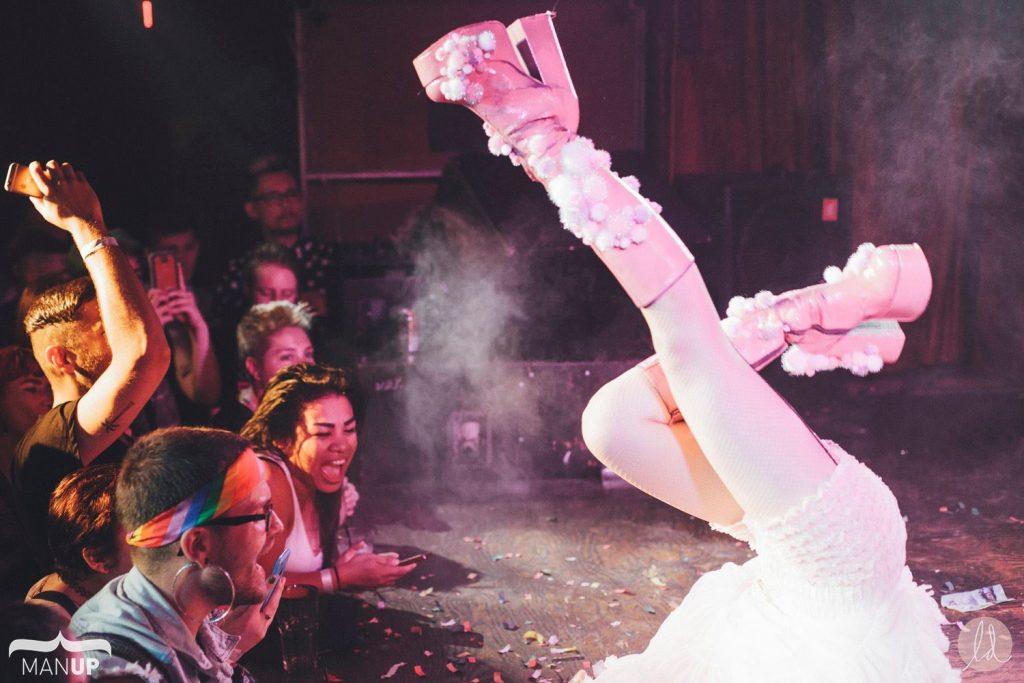 Image: Rose Butch at Man Up, photo by Lindsay’s Diet

Now getting to drag shows is easy, but maintaining a level of cool while you’re there is a little bit tougher.

So, with the help of some great minds I have compiled a list of answers to some common beginners’ drag questions:

If I could offer you one last little bit of advice, it’s that these queens / kings / things work very hard, even when it doesn’t seem like it. So maybe it’s time you pulled your weight too?

Supporting local art is important. Each community in this city contributes to Vancouver’s art scene, and the drag community is no different. It’s a community with a long legacy, but also one that changes on an almost daily basis.