On Tuesday, Vancouver City Council approved of a plan to relocate the Sunday Downtown Eastside Street Market to a new location.

Its new home on Powell Street sits closer to Oppenheimer Park and has the capacity to hold up to 40 tents and 160 tables. Dubbed as the “Community Economic Development Hub,” this new space will be used as a market for three days a week, from 8 a.m. to 7 p.m.

Another space at 62 East Hastings will also be implemented for the street market, which will allow 30 more vendors to sell items.

Many of the lower-income residents of the DTES rely on selling their daily goods and findings to sustain a living. Currently, registered vendors can sell items at Pigeon Park on Sundays as part of the Downtown Eastside Street Market Society’s weekly event.

Relying on income based off one day is not enough for vendors to sustain a living, which is why the City made it part of its plan to expand market times.

“The three days will provide multiple vending opportunities and this is something that we’ve heard that the vendors really want,” said Mary Clare Zak, Vancouver’s director of social policy.

But with four days with no sanctioned street market, low-income residents might still shift to the illegal vending that happens along Hastings between Carrall and Columbia streets that often results in a lot of ticketing by the VPD. The City is hoping its East Hastings market site will serve as a better option for the locals, and will push them to become registered vendors — which is free, though it requires a piece of picture I.D.

“We’re going to be using enforcement as a very last resort,” said Zack. “The whole idea would be to do outreach to connect people to services, programs and legal vending opportunities.”

The Vancouver Police Department (VPD) is present at the Sunday market and will also be there at the relocated market to patrol the area and ensure the items being sold are not stolen goods.

A team of full-time officers will be deployed to the new sites to work with the staff in order to ensure stolen items do not enter the market.

The public hearing for the City’s relocation plan saw certain locals of Powell Street expressing disapproval of the plan, with concerns over what illegal activity might take place outside the perimeters of the market.

In response, the VPD will be adding an extra patrol officer and vehicle in the area.

The Vancouver Buddhist Temple on Jackson Ave. also raised concerns over the amount of noise the market may bring to its sanctuary, and in response council will be giving the temple a grant to install sound protection. 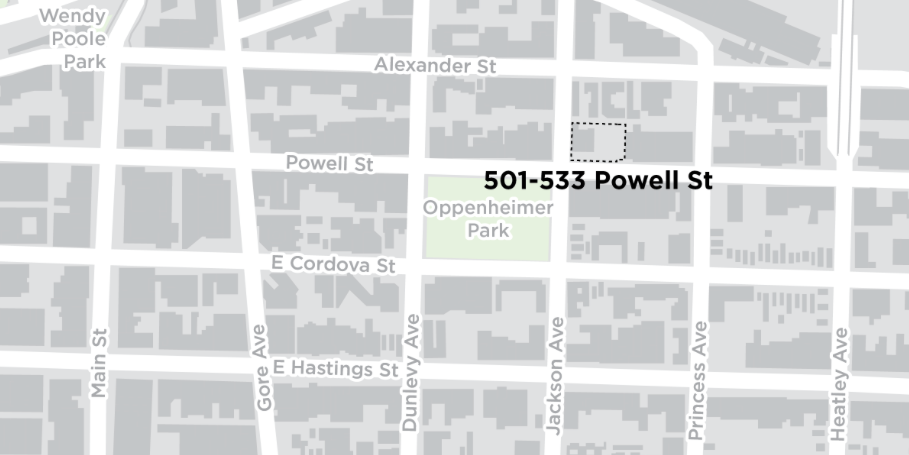