It’s December and generosity is in the air; donations on the street corner, volunteers in the soup kitchen and boxes of toys and food shipped to families in need. Then January arrives, the warm clothes are worn out, the meals have been eaten up, and there is an abrupt end to local charitable efforts. Just because many stop giving doesn’t mean the need ends too, and that reality is severely affecting Vancouver’s homeless and downtown Eastside residents, as the winter months close in following the holidays.

Vancouver’s Entrepreneurs’ Organization recognized the need to give back when most organizations slow their efforts, prompting the launch of their Give Back Event in the Downtown East Side, with the purpose of delivering care packages consisting of socks, toques, mitts, oranges and non-perishable food items.

EO Vancouver Chapter president, David Katz, spoke to the need and success of giving after the holidays.

“I think it’s a good reminder for everyone to know that giving back has to happen all the time and that it shouldn’t just be associated with a certain time of the year; the need is ongoing and those people have to be focused on and loved all the time,” said Katz. “I think that if we can exhibit just a little bit of that, the real gift is in the eyes of the people who receive.” 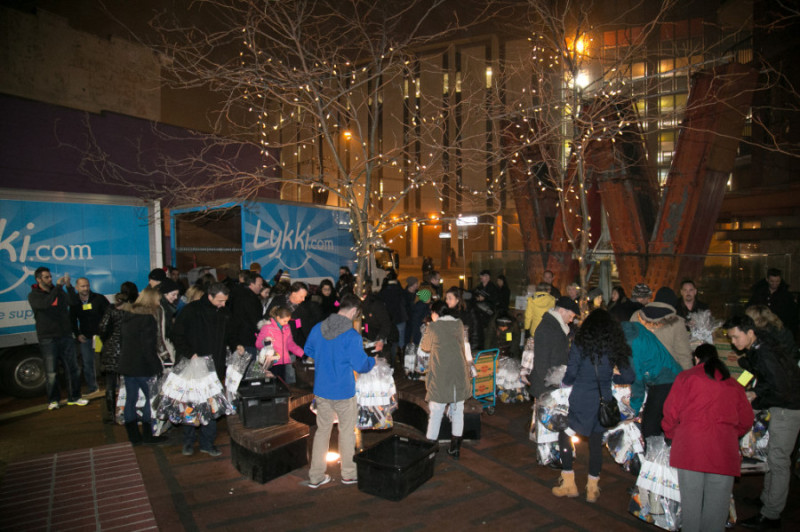 The DTES is one of the most impoverished neighbourhoods in the country, and certainly an area in our own backyard that needs attention. Katz recognizes that among all the wealth and events that happens in our community, people often pass by the poverty every day or drive through the DTES without a second look.

“If we can take a group of entrepreneurs, friends and family, and we can expose love to everyone, then the community as a whole can change as well,” he said. “That’s the relevance to what we are doing.”

On January 8, trucks filled with more than 1,200 bags arrived at SFU’s Goldcorp Centre for the Arts. The EO group, made up of influential local entrepreneurs wanting to give back to their community, handed out the packages to residents of the DTES; walking the streets between 6 to 8 p.m.

The need was obviously great, as they wouldn’t walk more than two minutes without someone stopping to ask for a bag of necessities. People in wheelchairs reaching up for another orange, young girls asking if they could take a care package for their boyfriends as well, one man putting on the gloves and saying, “thank you, my hands were so cold.” 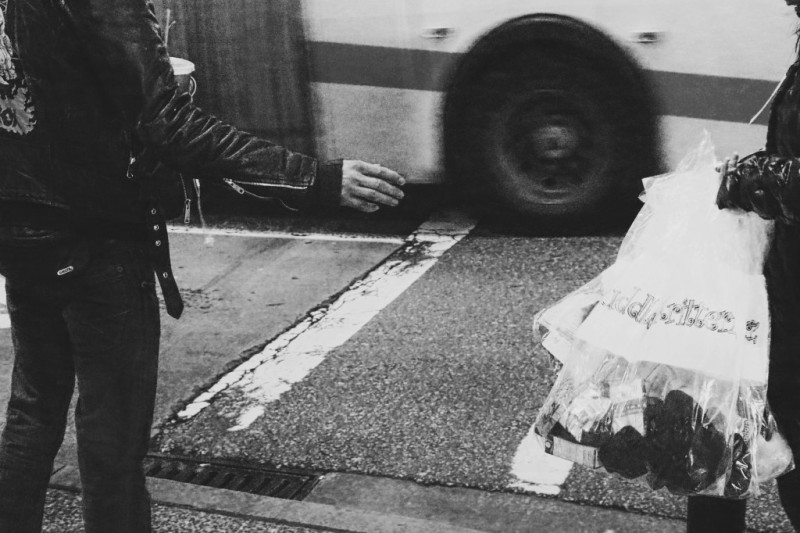 “Do you know someone who might want an orange?” asked Katz, cradling the box. “Please, take another.”

The group kept walking deeper into the night down Hastings, handing out more of what would never be enough. But, it’s a start to recognizing that the need doesn’t end in December, that hunger lasts past Christmas.

“I’ve had a lot of beautiful moments in my life, I grew up in Victoria and my parents had a tavern that opened early and most of our clients were people similar to those on the DTES,” said Katz. “I had the opportunity to see the love and beauty inside of everyone, they aren’t anything more than people who for some reason have not been able to make the right decisions. There are beautiful moments when people stop and look.” 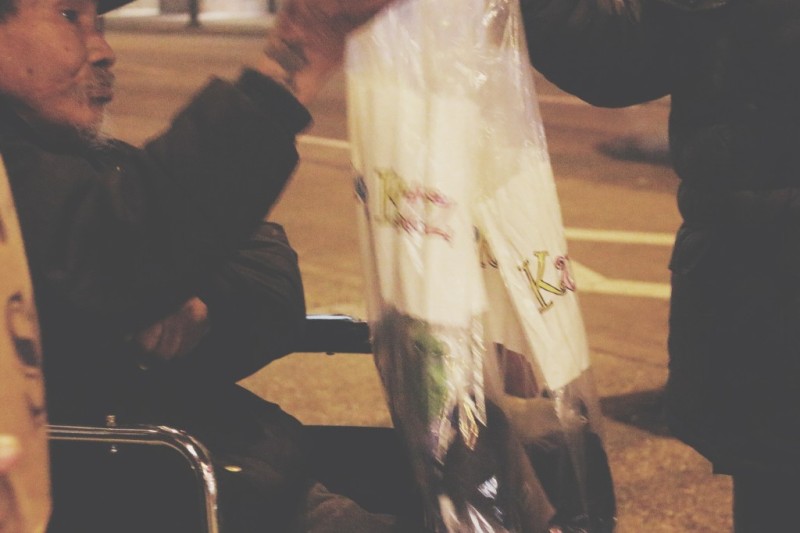 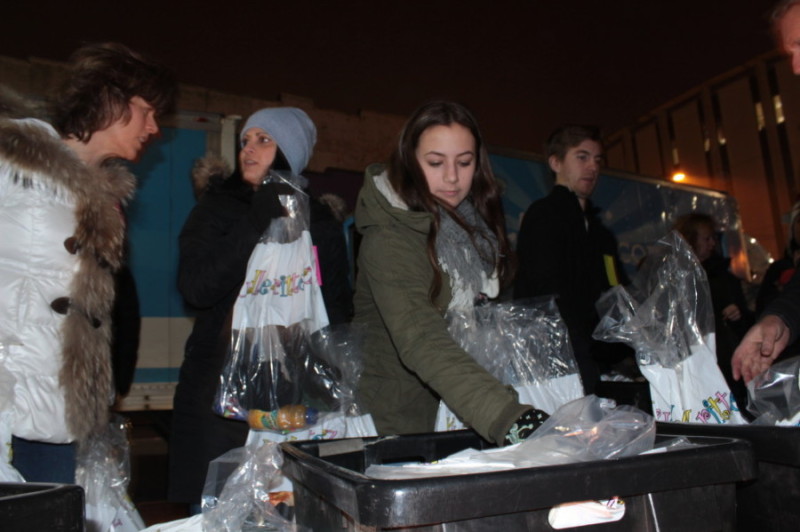 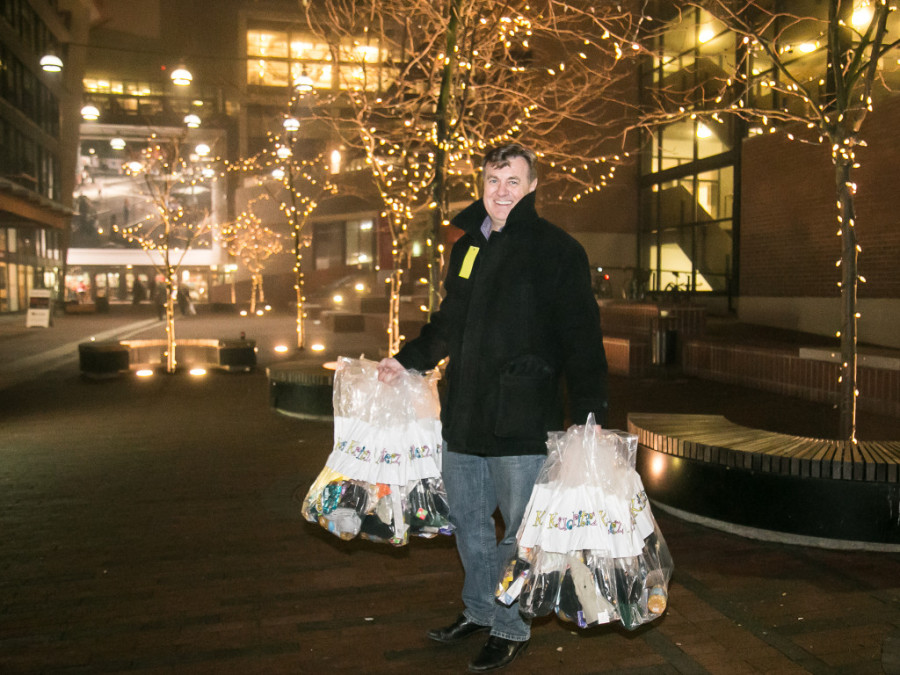 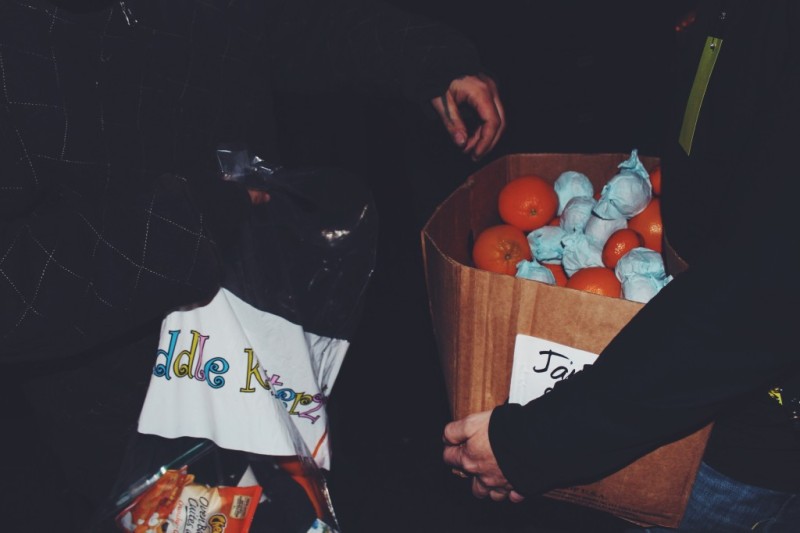