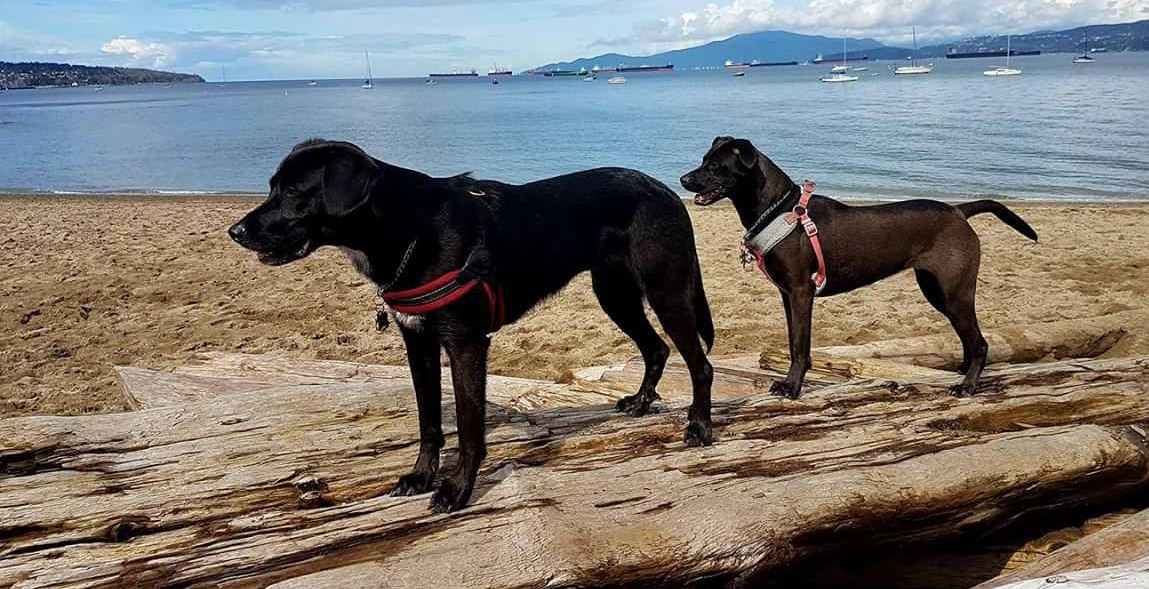 Loretta and Charlie at the beach (Jean-François Houde)

A Vancouver dog owner is warning others, saying his dog Loretta ended up in hospital when she ingested the drug PCP while playing on Kits Beach.

It all began when Jean-François Houde was walking Loretta with his other dog Charlie, at Kits Beach on Wednesday night around 8 pm.

He told Daily Hive he thought it was okay to let them off leash, despite the park’s rules, since he saw hardly anyone else there the whole time.

“I know it’s my bad in the sense that they were off leash, and I couldn’t control exactly what they were doing, but then again, it was just a walk like all the others,” he said.

“Scavenger dogs will manage to eat everything, even if they’re on a leash, and you never know if they just sniffed it, or ate something.”

Houde, who walks his dogs in the area every night, says he spent about an hour and a half down there, before taking the dogs home for the night.

“We came back home, she’s still excited, she’s eating, she wanted to play and stuff like that, then I was doing my own stuff,” he said.

“But when the time came for her to do the night walk, around 9:30 pm, she just couldn’t wake up.”

‘I thought she was dying’

At first, Houde says, he thought she was just tired out by the day, but he realized the severity of the situation when he tried to get her off the couch.

“She couldn’t stand up. She was just really, really shaking, had no strength, her eyes had trouble opening, so that was kind of scary,” said Houde.

“I thought she was dying, seriously. She was breathing but just faintly, I was really, really freaked out.”

Houde rushed her to the Burrard Animal Hospital + Emergency immediately.

A spokesperson with the hospital told Daily Hive that Loretta was responsive yet lethargic, nervous and shaking when Houde brought her in.

“I was really surprised, because I haven’t heard anything about this drug for about 15 years…. I thought, ‘Oh my god, she must be tripping balls.'”

“I don’t know how much she ingested, but she was just out of her mind.”

Houde says the vet gave him a charcoal treatment for Loretta’s stomach, but asked him to return if she hadn’t improved in the morning.

The next day, Loretta was no better, so Houde rushed her to hospital again. After 12 hours on an IV drip, she was finally discharged on Thursday night.

Speaking to Daily Hive on Friday, Houde said Loretta is 90% back to normal, and it doesn’t look like there’ll be any lasting damage to her liver or kidneys. 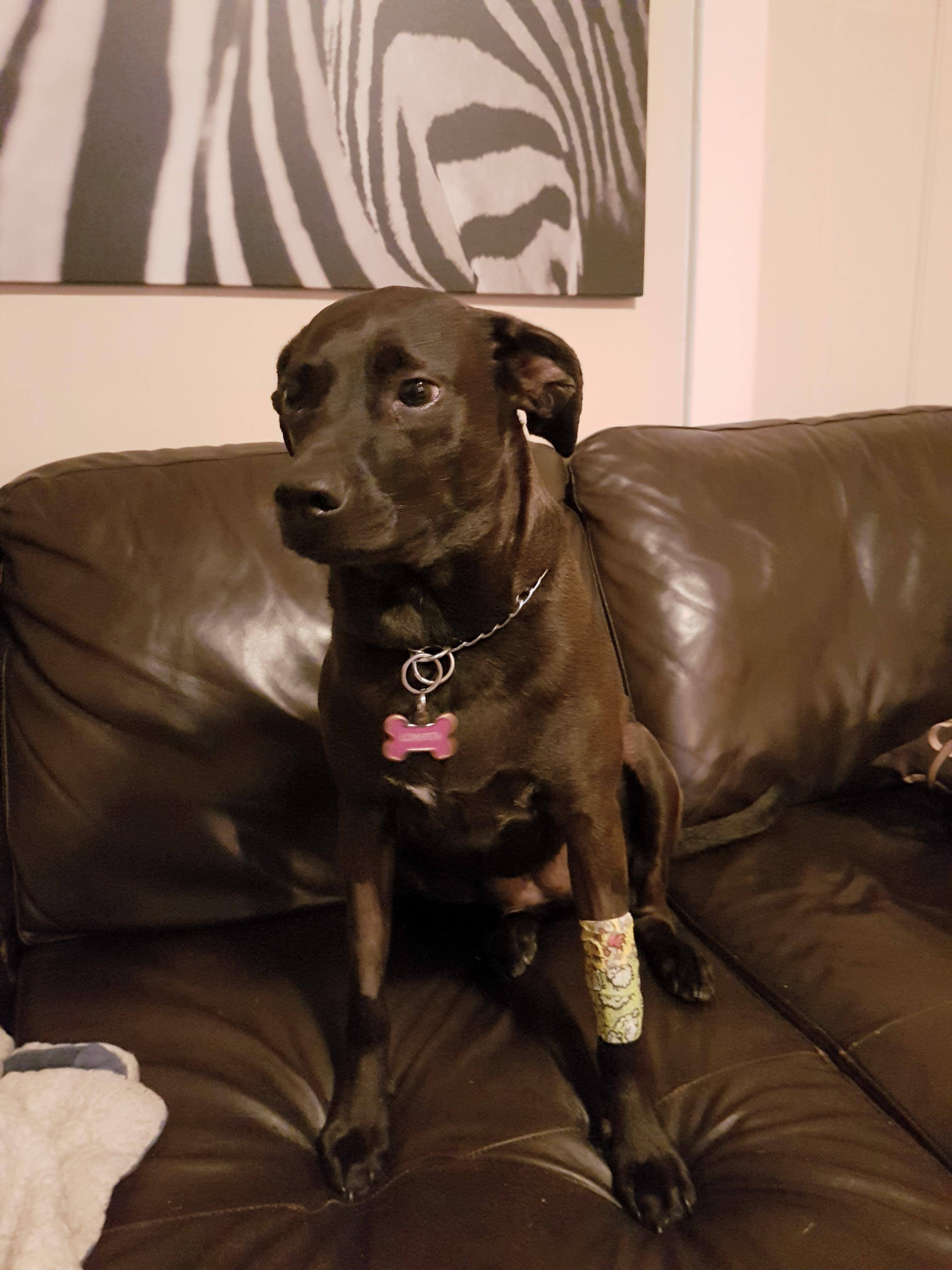 Houde, who is about to leave a job in visual effects to open a doggy daycare, has had three-year-old Loretta since February, and five-year-old Charlie since 2014.

Houde said his dogs mean “everything” to him and he’s sharing his story so “no one else has to live through this nightmare.”

“I had no clue. I always look out for needles. I would not imagine that something I hadn’t seen would have caused all this. I was really freaked out,” said Houde.

“I know downtown everybody looks out for needles, and stuff like that, but it’s a wider range, and it could look like nothing.”