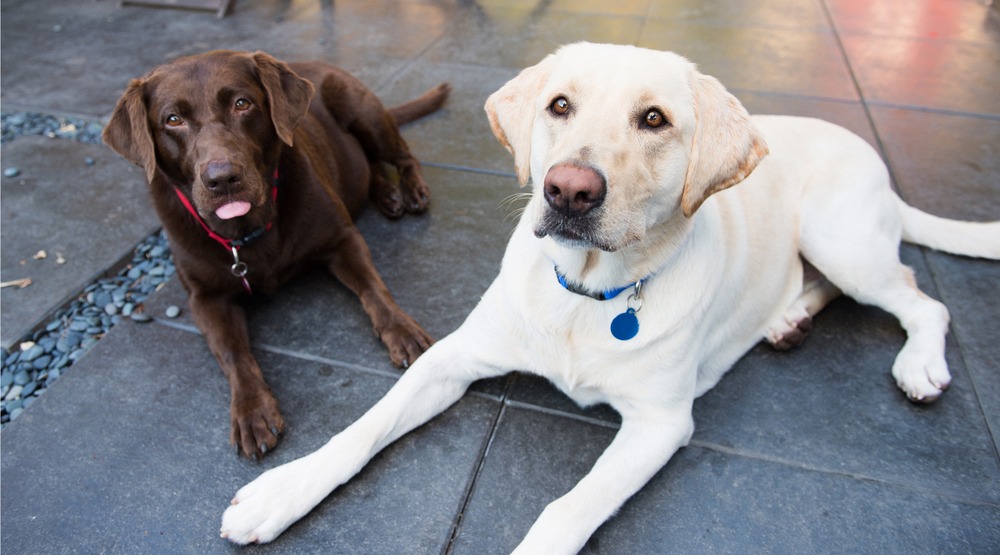 There’s truly been no time like the present if you’re a pooch. Today man’s best friend wear designer brands, get surgery dates before people, eat full blown paleo diets, and even get their own social media profiles.

It’s a little extreme, but let’s face it, dogs brighten everyone’s day so they deserve to be pampered. Luckily for Vancouverites our city hosts an incredible number of Instaworthy dogs who help spread happiness even to those whose apartments don’t allow them to have pets of their own.

When your humans call you to come in from playing in the snow and you’re like… “Nah..” 😉😏❄️ #doesnotcompute #notgonna . .

Half house elf, half dog, 100% adorable. This photogenic Vancouver pooch can always be counted on to perk you up even on the darkest of days.

🍺 I’m beer-y happy to see you! 🙈 . I’m not as good with the puns as my buddy Derry, but hopefully I did him justice with this awesome PrideBites Beer Bottle he gave me. Miss you buddy. @myawkwarddog @PrideBites . Happy Weekend and Happy (belated) National Mutt Day my wonderful friends! #nationalmuttday . .

Did someone say, “Helicopter”? Let me turn my head further to make sure I heard you correctly…

Partner in crime to helicopter pilot @bradleyfriesen, Mr. Bentley spends most of his days cruising the skies. Mr. Bentley’s also starred in dozens of Instagram and Facebook videos for his role as a moonwalker. Yes the dog can actually moonwalk.

If there was ever a dog who was born to become an Instagram sensation, Kobie the English Bull Terrier was it. Thank God Kobie won the lottery of life and was born in Kitsilano, Vancouver. Currently fulfilling his #kitsilanoprivledge and starring it up.

Too hot to walk, says this weirdo shiba #kingotis #dramaqueen

A Shiba account that doesn’t do memes! King Otis is a must follow for anyone who needs a cuteness overload once in a while.

Full-time babysitter and part-time costume king. Jax has the unending patience of a Golden Retriever and cares for his human more than anything else in the world.

“There’s something so raw about street art, you know” – Bert the #Hipsterdog

Bert unleashes his inner hipster by wearing black rimed glasses (a.k.a 3D movie glasses with the lenses popped off). Fashion is wonderfully subjective.

Just landed in Stockholm and boy is it cold!

We had a sleepover, dressed up like dinosaurs and I made out with his face a lot. Pretty standard Saturday, no? #relationshipgoals #goldeo #cavlife

Just a couple of tiny dogs, dressing up and getting bathed. Living the tough life.

I hear hanging upside down is good for the complexion #pamperme

Toby’s Instagram account has been perfectly tailored to suit his appearance. Isn’t it handy bullfrog rhymes with bulldog.

Merry Christmas all ! Hope everyone gets a full belly today 🤗 #pigletmcgee

Monday to Friday city dog, and weekend adventure extraordinaire.  Scroll through Gronk’s account to check out all the awesome places this dog has been.

Morning, pa. You are up a little late, I already fed myself… #onmyown

Living the Yaletown life, Harlot has a cozy desk job and enjoys relaxing in bed wearing only the fanciest of clothes.

Left me all night long and make it up with breakfast in bed? I’m not letting it go that easy, pa #breakfastinbed @fairmontpacific

What do you mean you just vacuumed yesterday? 😇

Winn’s best friends is a tiny black dog named Vin. The oddest of pairs, this dynamic duo tear up the streets of Vancouver on a daily basis.

Happy #nationalpetday from Win and Vin 🐶

Call it favouritism but no list of Insta-worthy pooches would be complete without our very own office dog Spenser. He doesn’t ‘gram much, but when he does it’s an instant classic.