A bus to many isn’t the most romantic way to get around but for one Vancouver couple that is where they found true love.

Last April, she was sitting in the articulated section of the No. 3 bus and as soon as they locked eyes Jarred Greff was immediately drawn to Nina Schmidt

The two got married yesterday on a TransLink bus, and it’s not exactly a request TransLink does gets everyday but it was perfect timing as it’s currently “I Love Transit Week.”

In case you’re wondering, none of the 30+ wedding guests had to pay the transit fare. The bus picked up the guests at one location and then drove up to a church to pick up the bride.

Congratulations to Jarred and Nina on tying the knot!

Finding love on the #3 bus

On Wednesday, April 18, 2012 around 11:40 a.m., Jarred and I met for the first time on the number 3 bus going up Main Street. I was sitting in the folding accordion-like section when Jarred walked by and sat down a couple metres away from me. We couldn’t stop making eye contact. Then he stood up and sat down to the closest available seat to me. We had about three stops to talk before I had to get off the bus. We didn’t exchange numbers, but he told me he worked at Main and 23rd. With the encouragement of good friends, I chased him down at work later that day. A couple days later, we went on a 22-hour date and we’ve been inseparable ever since.

It sounds cheesy, but I would call it love at first sight, something I definitely didn’t believe in at that point of my life. But Jarred and I are perfect for each other, and we are so blessed and thankful.

There is never a week we don’t talk about our first meeting on the bus. It’s just so random. I had to run after that bus that day, and Jarred didn’t plan on taking it, but he was running late to work. What are the chances that a girl from Germany and a guy from the prairies would meet on a bus and fall deeply in love?

Courtesy of TransLink’s The Buzzer Blog as part of I Love Transit Week Celebrations. 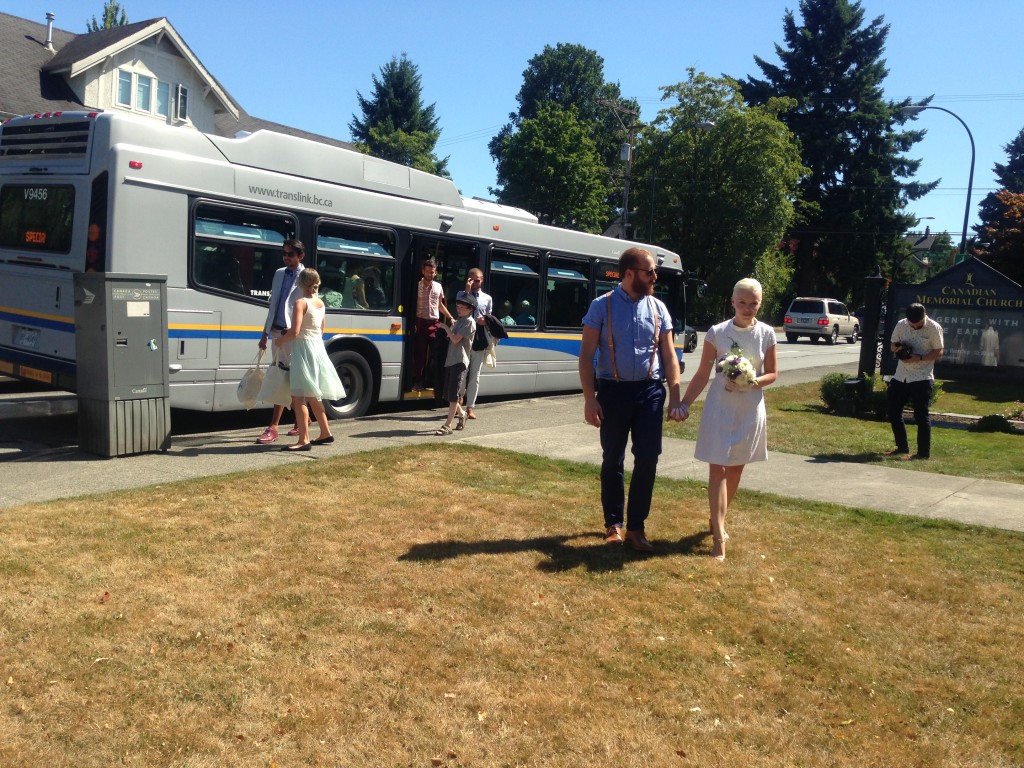 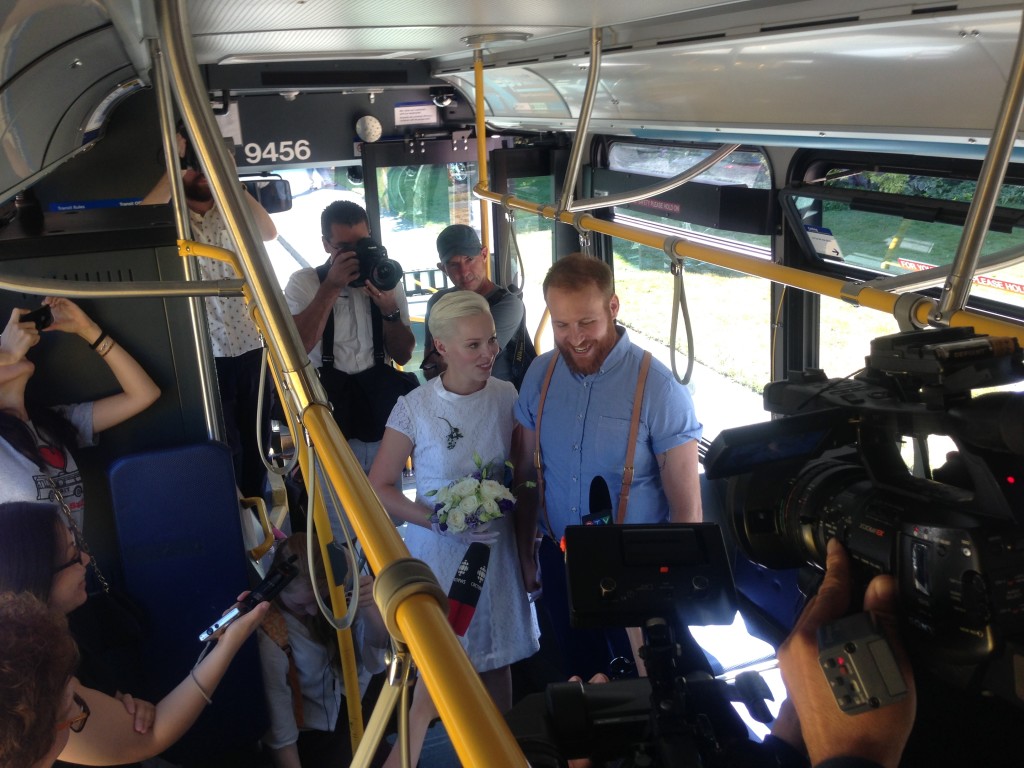