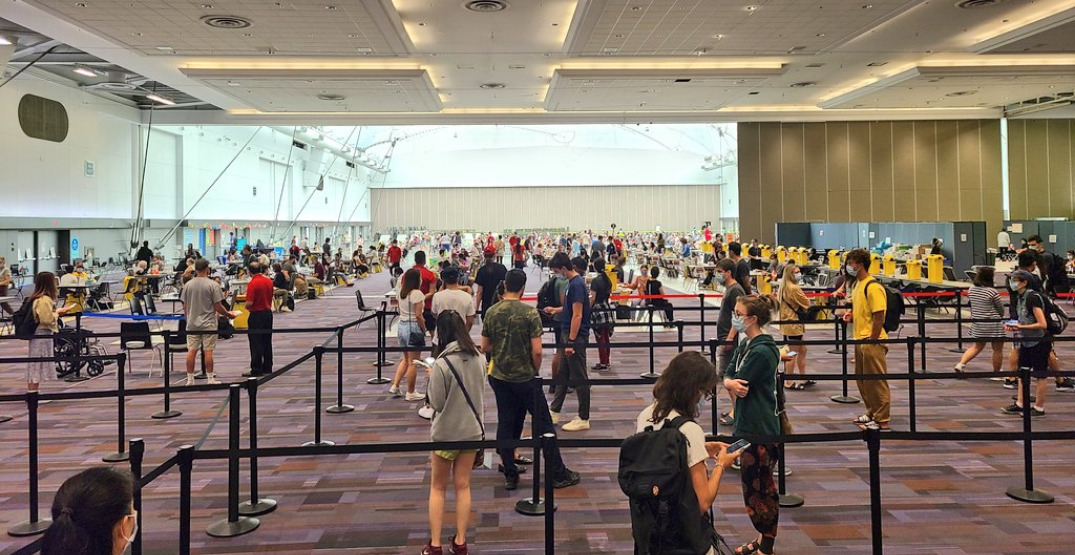 As BC grapples with a worsening COVID-19 situation, health officials say the Vancouver Convention Centre vaccination clinic will reopen in the new year.

The clinic was a key hub for vaccinations during the early days of BC’s vaccination campaign.

Vancouver Coastal Health Authority has secured the site and will start administering vaccinations from there on January 5.

The BC Ministry of Health said that the vaccination site could potentially administer 130,000 shots in January, serving all of the Lower Mainland.

Additionally, the Fraser Health Authority has secured a site in Surrey, with more to come. Island Health, Interior Health, and Northern Health are also working to secure additional vaccination sites.

At its peak, the Vancouver Convention Centre vaccination clinic served over 5,000 people per day. The clinic officially opened in March of this year. The clinic then closed in August as vaccine demand wound down. That was until Omicron began to spread.

The clinic will likely be used to administer booster doses, but it will also administer first and second doses.

Health Minister Adrian Dix made the announcement on Tuesday afternoon during a conference where strict new measures were announced for the province.