It’s downtown Vancouver’s hidden meadow – an enormous six-acre ecosystem featuring more than 25 local plant species that boasts the title as the tenth largest green roof in the world and the largest in Canada. It helps regulate the building’s interior temperature throughout the year and requires no watering except during the warm and dry summer months when treated blackwater from the facility’s toilets are used for the roof’s irrigation system. 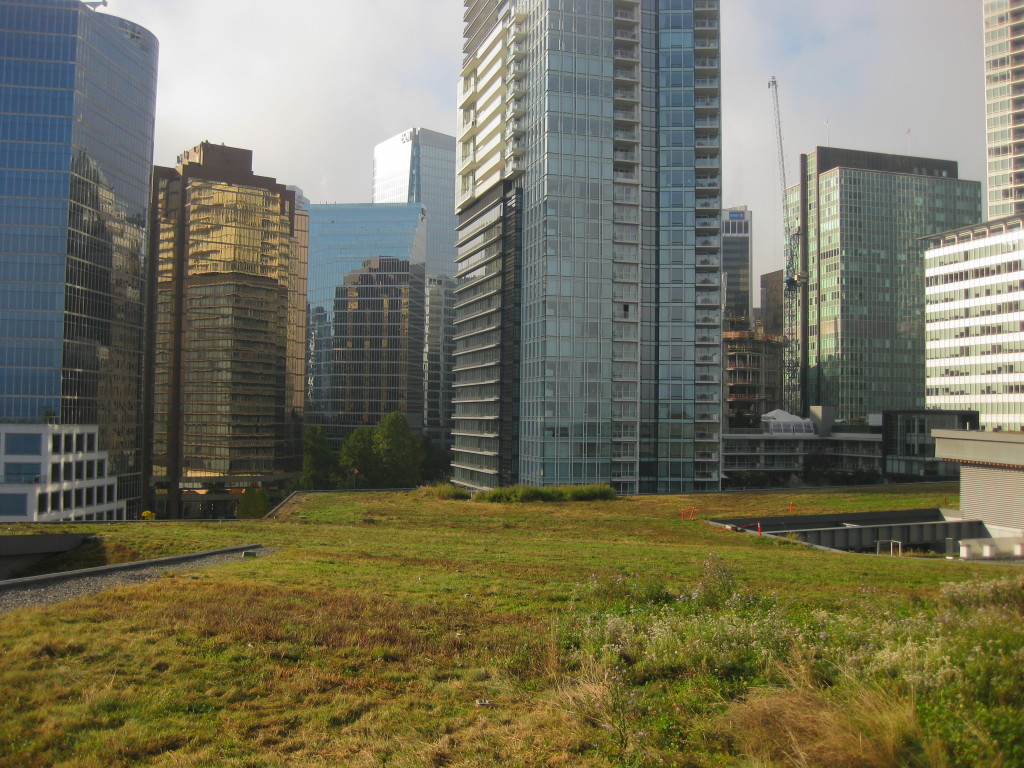 By the time the new facility opened in April 2009, 400,000 indigenous plants and grasses had been planted on the roof’s six-inch thick growing medium of lava rock, topsoil and gravel.

After more than four years, the roof is still flourishing far beyond the expectations of its designers and has provided an natural urban habitat for spiders, dragonflies, ants, damselfies, grasshoppers, ants, sparrows, juncos and finches. 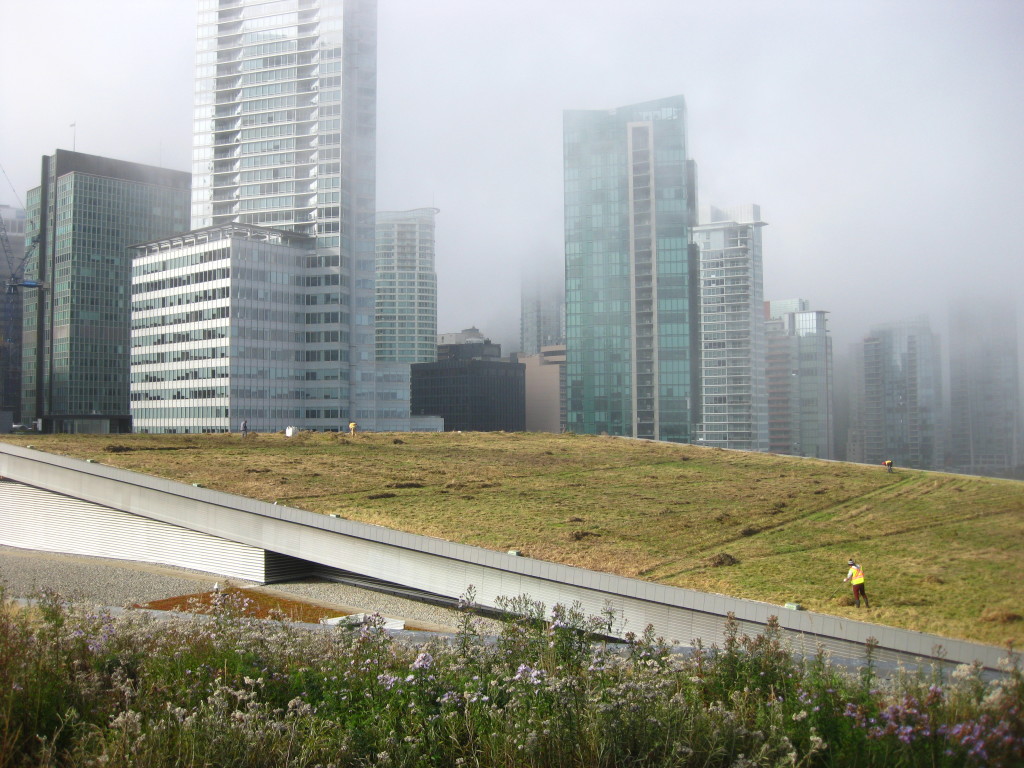 In particular, this year the aster plant species grew up to six feet in height while the pearly everlast also made up for much of the roof’s new growth. Birds and wind have even brought in new plant species, making the roof’s ecosystem even more diverse. 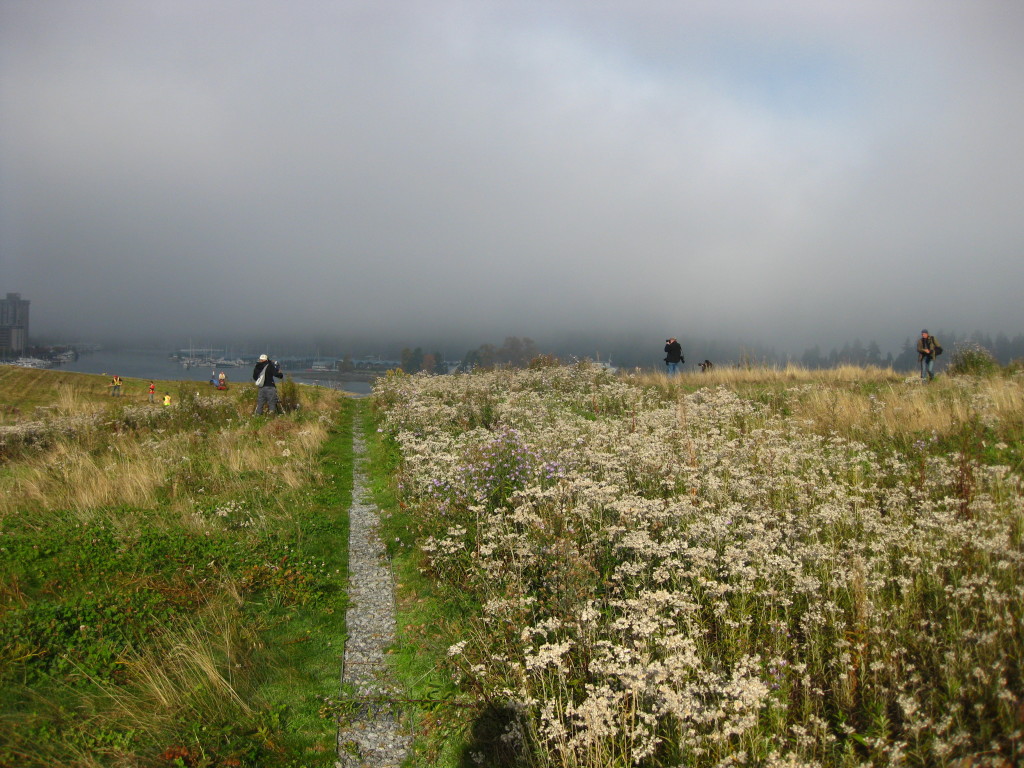 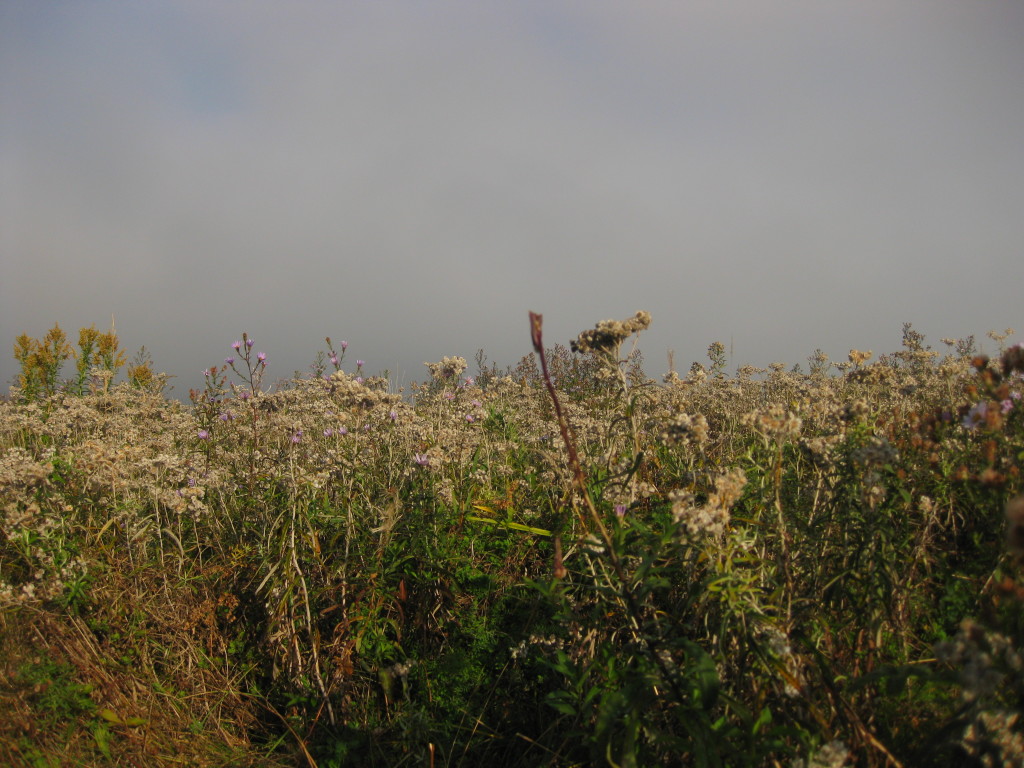 European honey bees living inside the rooftop’s four beehives have also greatly contributed to the roof’s wild growth and have produced 110 pounds of wildflower honey over the course of the year for the convention centre’s culinary kitchens. 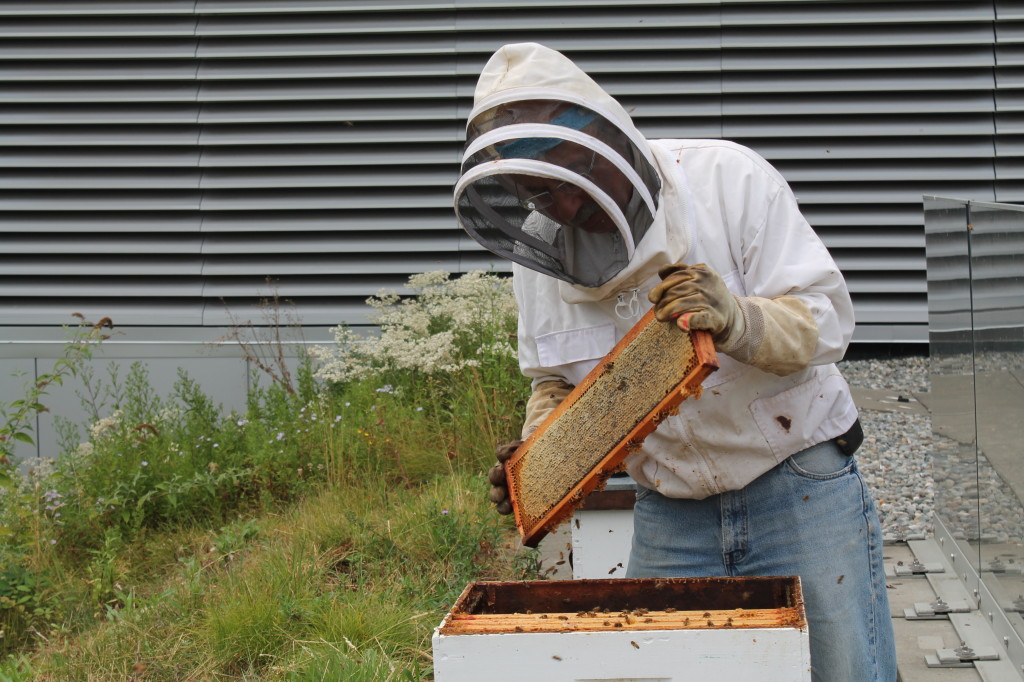 The views from the roof are incredible, however, few people are able to access the Vancouver Convention Centre’s enormous six-acre ‘living’ green roof apart from the convention centre’s maintenance workers during their weekly routine to check for invasive weeds and blocked drains as well as the mowing team that perform the roof’s much-needed annual trim.

It’s not designed for safe public access and heavy human presence will likely disturb the ecological habitat created for animals and wildlife.

The roof is only ‘formally trimmed’ once every year during the fall, a process that takes approximately a week to complete and usually involves no more than a team of eight landscapers at any one time. No pesticides, herbicides or chemical fertilizers have ever been used on the roof and most of the clippings from the annual trim are composted back into the soil as a fertilizer. 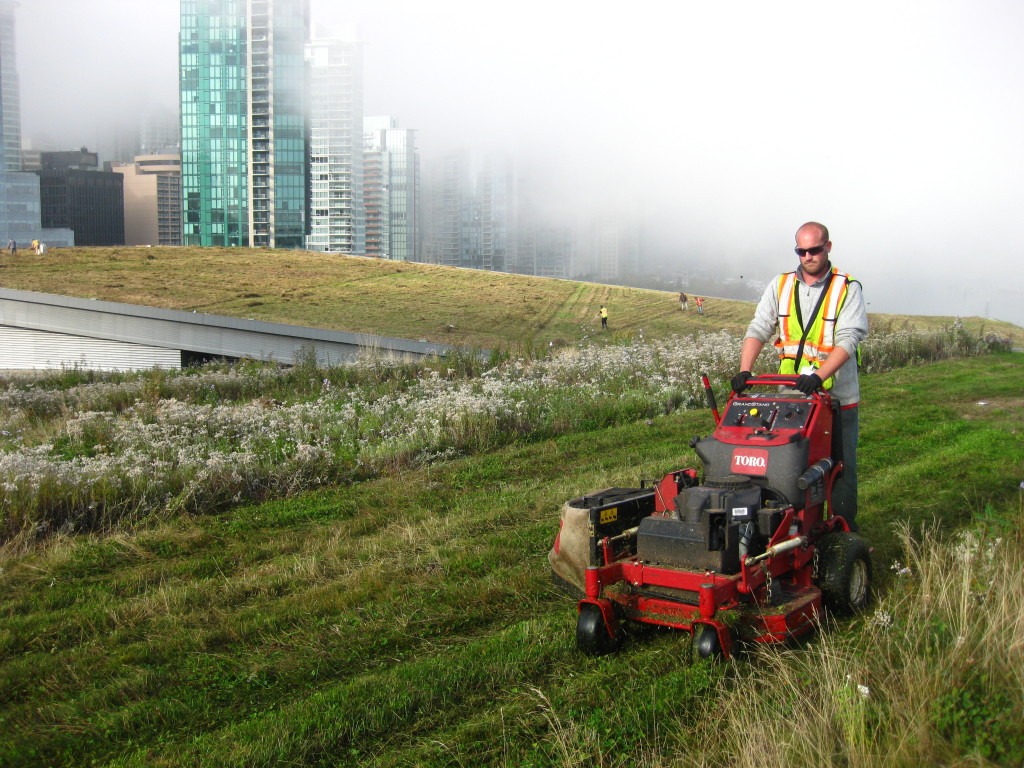 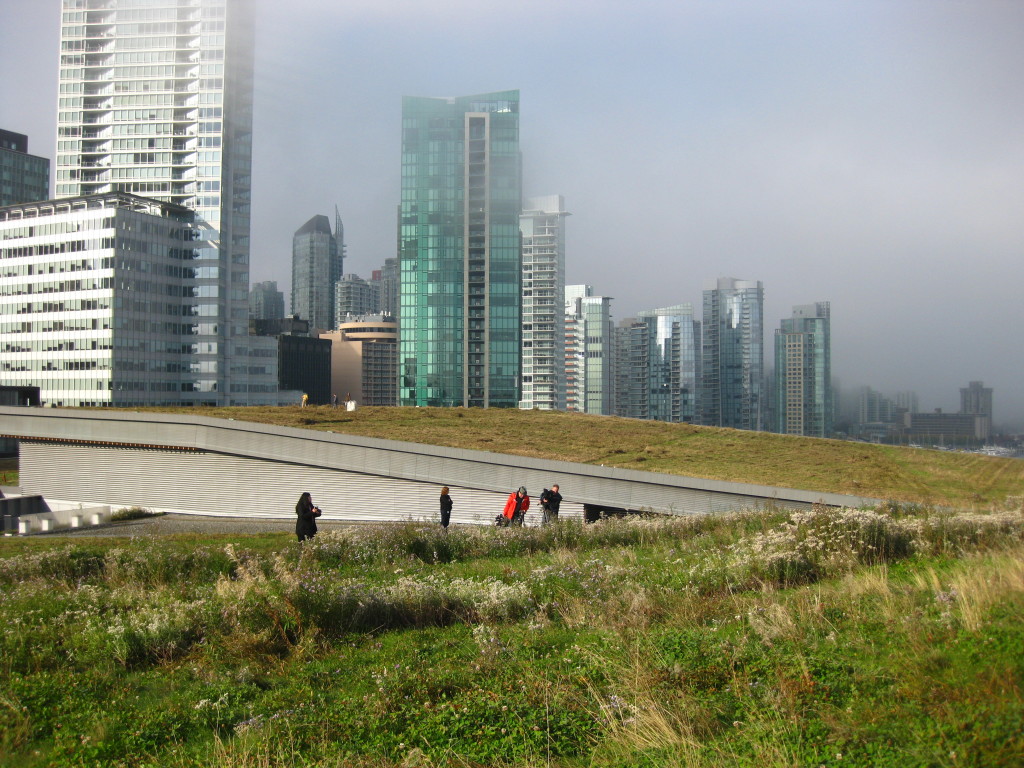 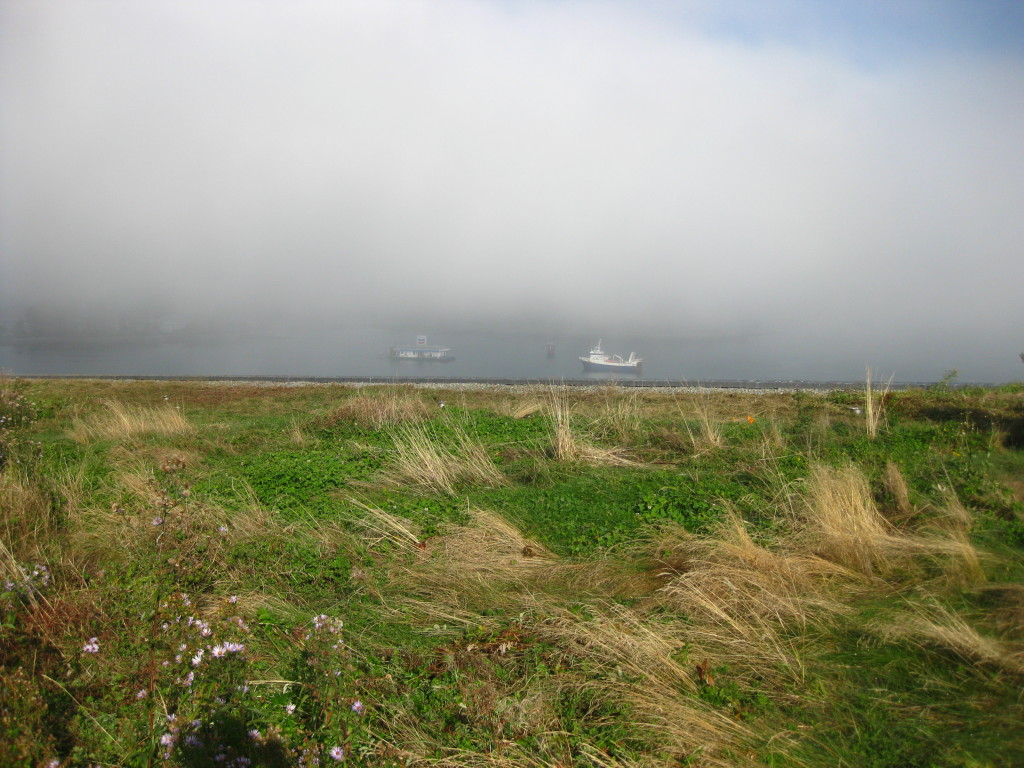 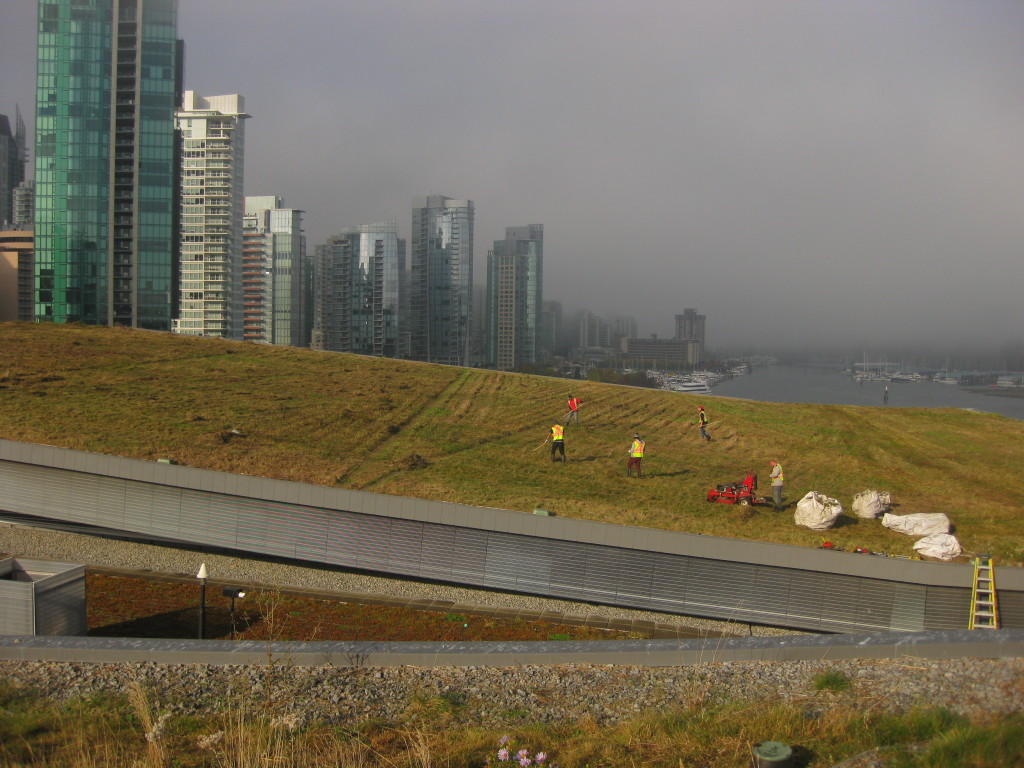 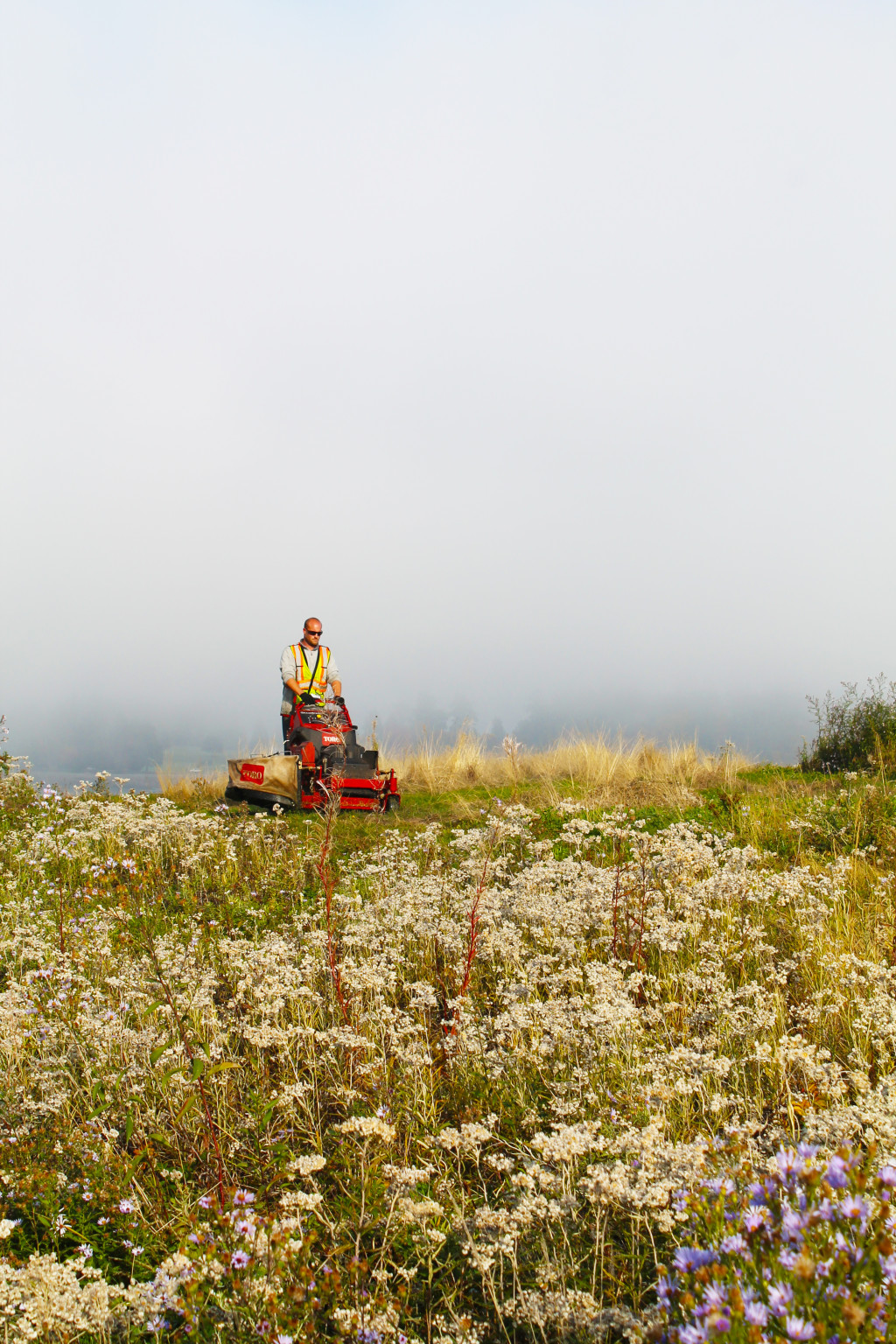