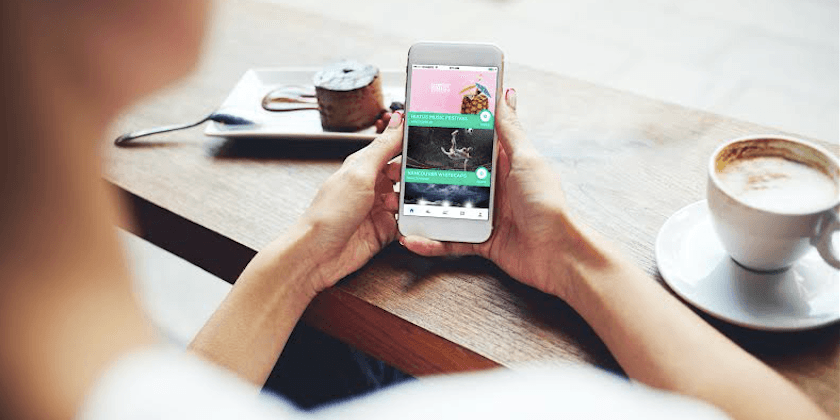 Ever wanted to go to a music festival but had trouble finding a way to get there?

There is now a solution to that problem.

Flok is North America’s first long-distance rideshare app built specifically for events– and it was created right here in Vancouver.

Flok co-founder and COO Nadine Robinson spoke with Daily Hive about how the app is changing the way young people travel to events.

“If you have extra seats in your car and you are travelling to a music festival a few hours away, you can sell those seats to other people attending the same event and … you can get to know each other,” Robinson said.

Flok essentially takes the concept of carpooling and modernizes it, so people can arrange rides with others through the convenience of their phones.

While sites like Craigslist and Kijiji are used to advertise rides, they can often be daunting because you don’t get to familiarize yourself with the driver or other passengers in advance.

Flok comes with several features, such as social profiles and an in-app messaging system, that make it easy for people to get to know one another before the ride, so there are no awkward silences on (what could be) a long trip.

“By basing [Flok] around events, we are hoping to give people the opportunity to feel a little more comfortable because they know they have something to talk about with the other people they are travelling with,” Robinson said. 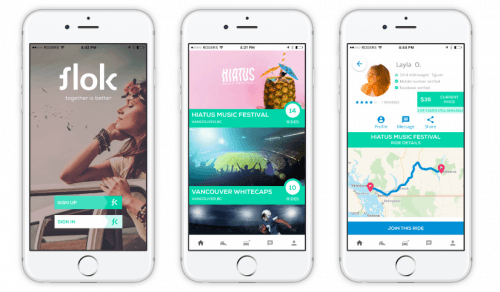 She adds that Flok is also a great way to cut costs.

“The more people that join the rides the less expensive it is for everybody else involved,” Robinson said.

“If you’re the only passenger it will cost a little bit more, but if you’re one of three it will be less for everybody. For about a 500 km trip (with all service fees) it would be about $50 per person.”

This summer, Flok had its beta-launch and established several ridesharing communities for different music festivals and sporting events across the country, such as the Rockin’ River Country Festival in Merritt, B.C., and Supercrawl in Ontario.

Flok has also partnered with the Vancouver Whitecaps FC for an upcoming game in September. Those who use the app to get to the game will receive free parking at BC Place.

Robinson hopes that Flok can eventually accommodate guests headed to more concerts and events, such as the Pemberton Music Festival.

“So many people in urban centers are getting rid of their cars. As soon as you want to get somewhere like Pemberton, it gets challenging,” she said.

Flok is available to download for free on iPhones and Robinson says an Android version will be coming soon.