Christmas in Vancouver is a magical time. A time where local residents quit complaining about all the light pollution and embrace the spirit of the season. Here are several photos showcasing the Christmas spirit in Vancouver. Also, remember there is still time to check out the many Christmas events in Vancouver. 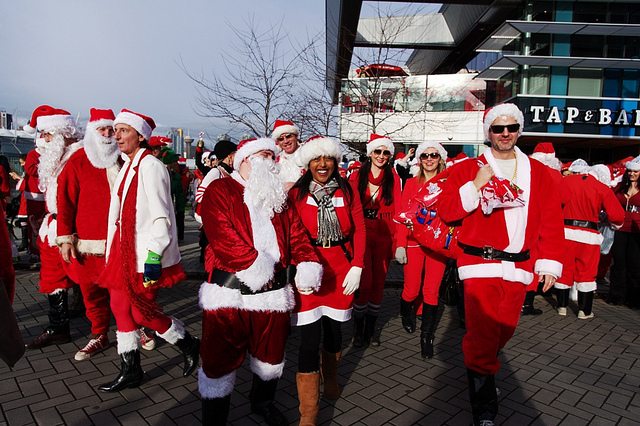 BC Place (Image by entheos_fog) The 2012 Santa Claus Parade (Image by by popeye logic) At the Vancouver Christmas Market (Image by TheVancouverGuy)