If you’re as much of a breakfast fanatic as we are then we’re sure these $5-or under, breakfast finds will brighten your day. Ah, yes, never underestimate the worth of that five dollar bill sitting in your wallet again! It can get you much more than that morning Starbucks latte, my friends.

So with all that said– Chowmenow.com and Vancity Buzz are proud to present our top 10 favorite $5 (or under) breakfast finds in Vancouver.

Bon’s is all about breakfast and huge portions at not so huge prices. The $2.99 Breakfast Special get you 2 slices of bread, 2 large eggs, a load of Pan Fried Potatoes, and 3 pieces of Bacon, Sausage, or Ham. Can you say bang for your buck!? 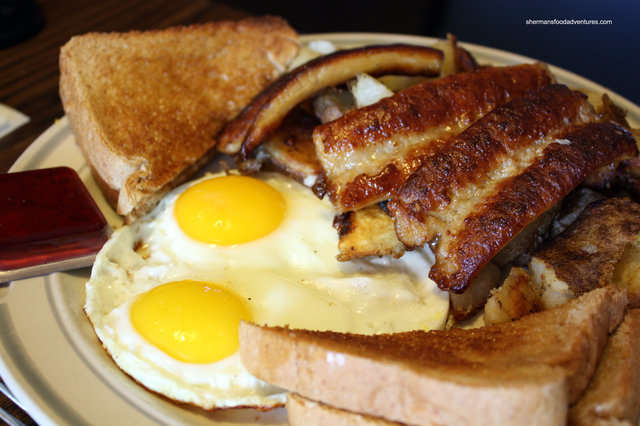 Though the name may be deceiving, Yummy Sushi takes its menu beyond Sushi & serves up one mean breakfast. The signature breakfast special is similar to Bon’s, but generously comes with an extra two pieces of bacon, sausage or ham! For $2.99 you get 2 slices of bread, 2 large eggs, a generous serving of Hash browns, and 5 pieces of Bacon, Sausage or Ham. 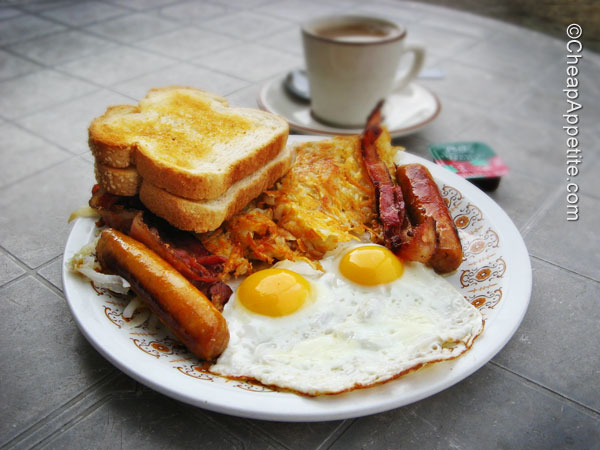 You have to make it before 11 am to get a hold of this killer deal. For $3.50 you get 2 slices of bacon or sausage, 2 eggs, 2 slices of toast and hash browns. The best part about this joint is that there is never a line up. Kyles Café is a hidden gem in this city- the regular customers however like it this way. 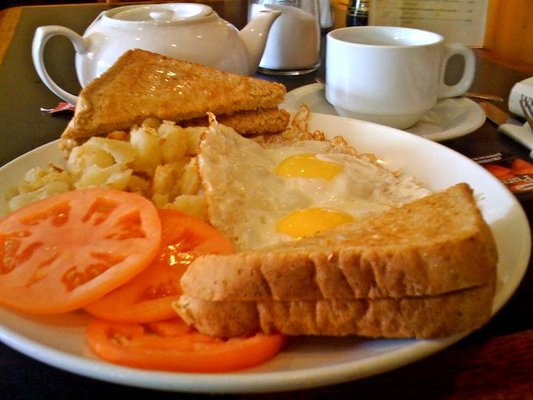 $3.50 Breakfast Special comes with 2 eggs, 3 pieces of Bacon or Sausage and Hashbrowns

At first glance, Pita Wrap Café appears just as deceiving as Yummy Sushi. Yet, this Middle Eastern Falafel/Shwarma restaurant serves up great breakfast and even greater prices. For $3.80 you get eggs, homefries and bacon/sausage with toast. Didn’t mom ever tell you not to judge a book by its cover!?

Jane’s Breakfast Special is well known among the locals. For $4.50 you get 2 slices of toast, 2 large eggs, Pan Fried Potatoes and 3 slices of Bacon, Sausage or Ham. 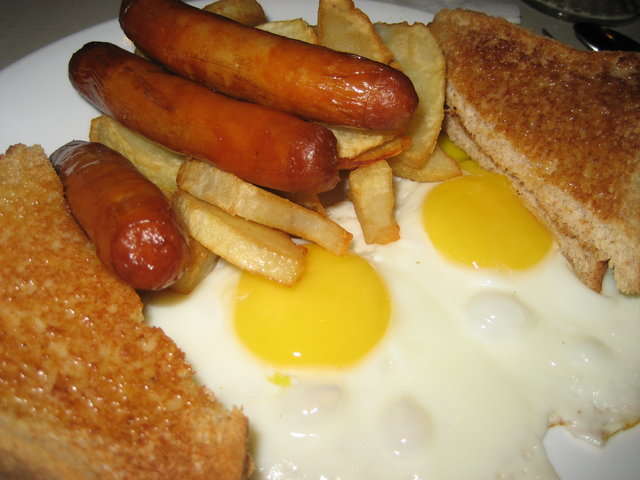 Here’s a classic case of the early bird getting the worm! If you can make it out of bed and to Café Zen sometime between 7-10 am, then you’ll be indulging in a plate full of bacon, eggs, toast and hashbrowns for only $4.69. Oh, and it’s located just a few steps away from Kitsilano beach! 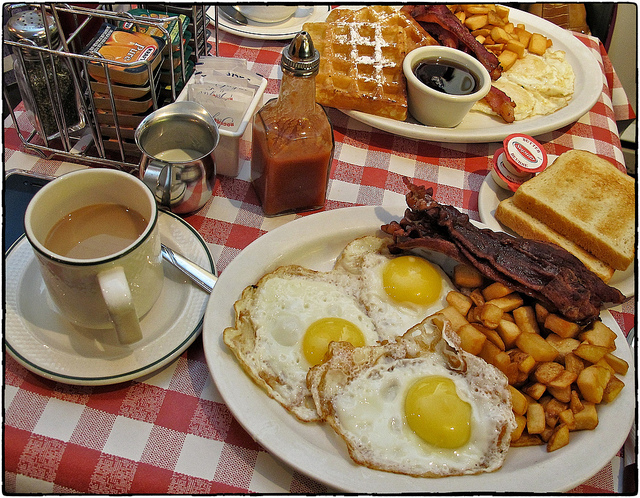 The Regal Beagel is located at 2281 West Broadway (Kitsilano Neighbourhood).

Docker’s diner has been around for quite some time and has established itself in the community through its bang for the buck $5 breakfast special.  That crisp five dollar bill gets you two eggs, bacon or sausage, real hash brown potatoes and toast. 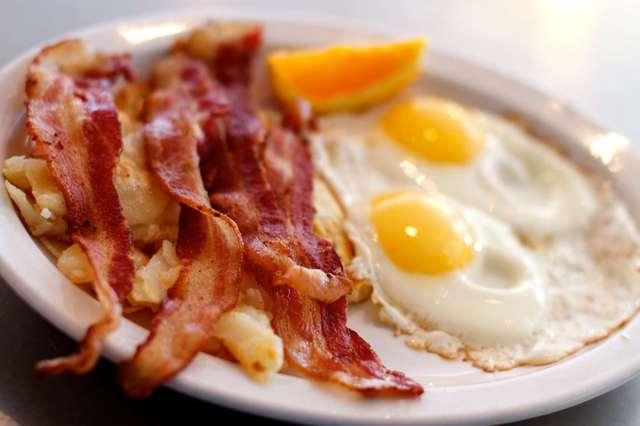 Other places we recommend:

Solly’s Bagerly $3.95 Eggel Sandiwch –This popular Kitsilano bagel shop is best known for their “Eggels”.  Yep—you guessed it, egg + bagel = Eggel! The infamous Eggel is created on your choice of Solly’s bagel and is topped with scrambled eggs and real melted Edam or cheddar cheese.

Keep up with Chowmenow through: