As days turned into weeks and weeks turned into months, we lost hope of ever high-fiving a power play again. Then there were those sleepless nights spent tossing and turning, worrying how the Green Men were coping. We even made peace with the fact that heckling our colleagues in the office hockey pool would be nothing more than a favourite pastime.  Needless to say, seeing NHL players in suits rather than skates became somewhat of the norm. After holding our breaths for so long, we were about to finally exhale.

Now we can chalk it up to just a bad dream, as it’s game time baby!

With the season kicking off this Saturday, Vancity Buzz and Chowmenow are bringing you the Top 5 spots to watch the Canucks and score cheap eats for $5 or less.

Normally we wouldn’t be encouraging you to eat at Rogers Arena, as a bottle of water will easily run you more than our meal allowance, but as part of their “forgive us for taking hockey away from you” campaign, lucky ticket holders can scarf down concession eats for a buck a piece on Saturday. Cheer and chow down on hot dogs, popcorn, nachos, and soft drinks. Who says you can’t buy someone’s love with cheap eats?

Friendly service, plenty of screens, and a loud atmosphere with hockey loving Vancouverites. Oh, and some pretty cheap eat deals as well. Order 49 cent wings on Monday, $3 burgers and fries on Tuesday, and 25 cent wings on Wednesday and Sunday. 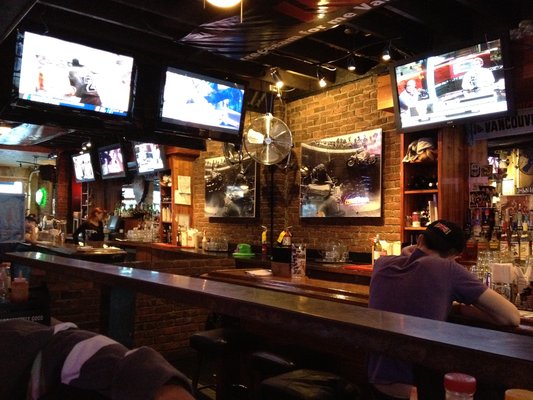 If the boys are playing on Thursday, then you better save your seat the Loose Moose. Yell at the refs and cheer on the Canucks as you mow down on the one-dollar beef sliders. 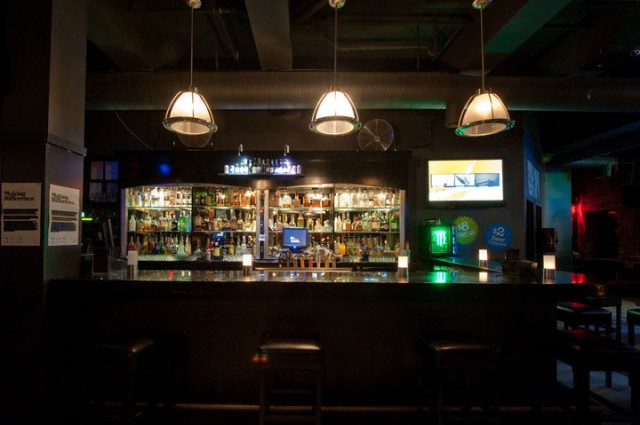 No attitude and certainly no dress code (besides your jersey, of course), this place is located just minutes from Rogers Arena. You won’t go thirsty, and you certainly won’t go hungry. Garlic fries, pulled pork tacos, grilled cheese & tomato, or roast beef & cheddar sandwiches all for less than a hat trick. 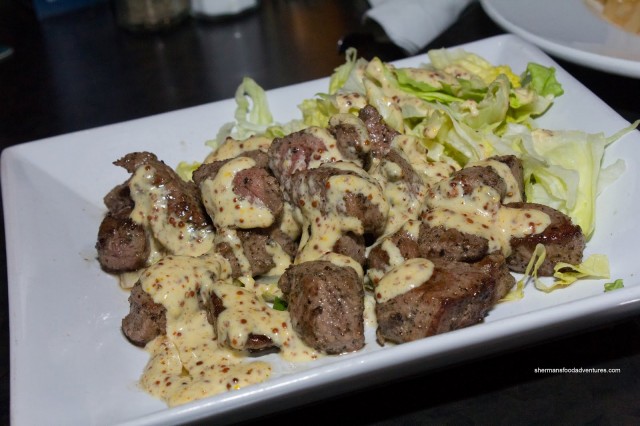 What’s better than watching the game in high def and scarfing down bacon popcorn, grilled sausages, and hand cut fries for less than $5? Yep, we couldn’t think of anything either. If the puck drops on a Sunday, you can nosh on pork, chicken, or baja fish tacos for $2.75. Oh, and no pub can be complete with out cheap wing night. Wing it on hump day for 39 cents a piece.