When we think about what is purely Canadian, there are a few things that usually come to mind: hockey, Shania Twain, maple syrup, Bryan Adams, and our personal favorite, poutine. Accurately translated in French as “a mess”, any Canadian can attest that once you consume this wonderfully indulgent and comforting dish, your fingers are seeking napkins while your body is seeking a well-deserved nap.

But just because poutine originated in Quebec doesn’t mean that us west coasters don’t know a thing or two about fries smothered in cheese curds and gravy. So Chowmenow and Vancity Buzz sought out the best spots where you can get them for, that’s right, $5 or less. 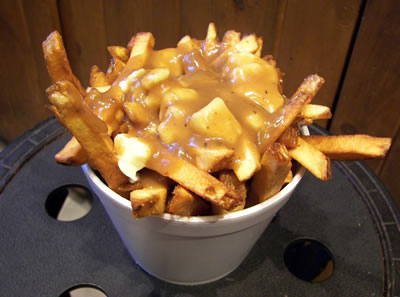 A frequented last stop for clubbers sauntering off Granville, after a few too many Fritz will satisfy your munchies for exactly $5. 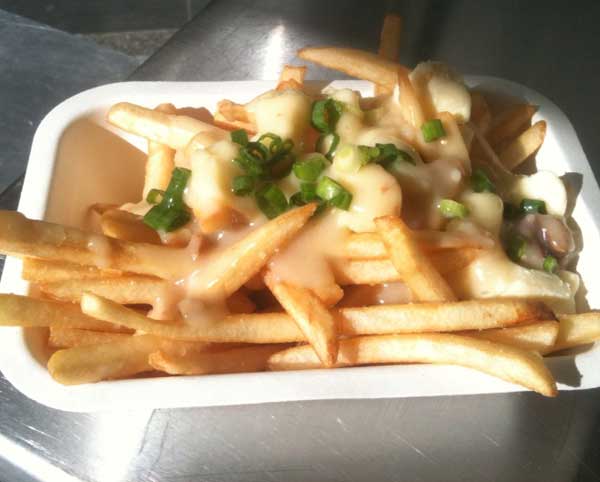 This food truck offers up cheese curds and mushroom gravy for $3.13. Found some loose change under the couch? Then grab a full order for $5.37. 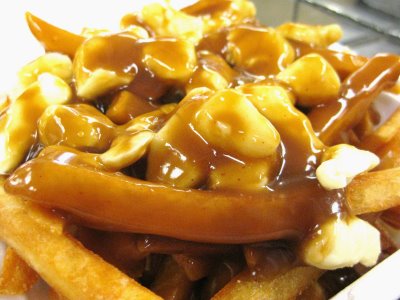 Here you can order poutine two ways. The first is the more conventional method, in bowl for less than $5. Or for a stellar deal, grab a friend and get two poutines plus two pops for $9.99.

The second is for the more adventurous type. Keep that friend of yours around and you can both indulge in a poutine pizza (lead image) for $4 each, as this will run you $7.99.

Yep, you’re not seeing a mirage. That’s poutine married with a pie. 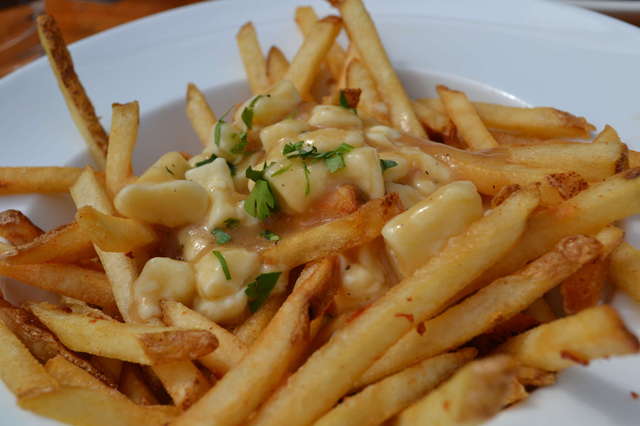 It pays to eat late, as this poutine comes down in price when ordered after 10pm Sunday to Thursday, or after 11pm on Friday and Saturday. Savor shoestring fries smothered in a miso gravy for four bucks. 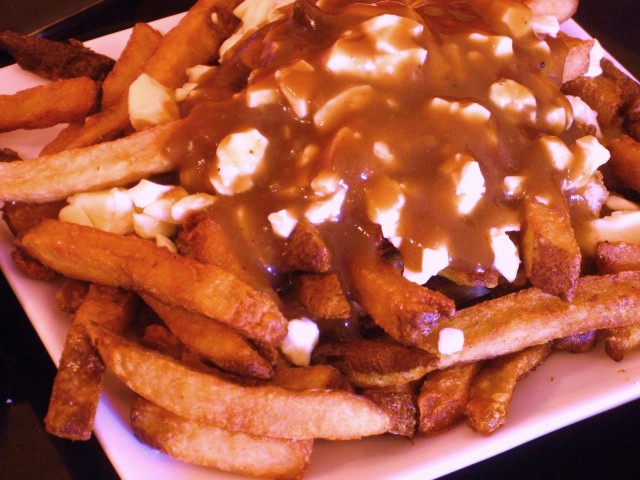 Bringing a “taste of Montreal” to Vancouver, Zako’s Deli offers this east coast fare for $4.95.

If there’s a great cheap eat we’ve missed, share and review it on Chowmenow.