Well Vancouver, we had it pretty good there for a while. The stretch of sunny days and temperatures that hung in the late teens was enough to fool even the most seasoned Vancouverite that Fall may never come.

So now that we’ve shifted from t-shirts to ponchos, traded in flip-flops for gum boots, and replaced sunscreen with umbrellas, there may be a few of you out there who are starting to develop the early stages of SAD as we make our way into the dreary months ahead.

But before you start booking those trips to Mexico and stocking up on self-tanner, Vancity Buzz and Chowmenow are here to remind you that there are some serious perks to darker days and colder nights. Here’s a hint: they require a bowl, a spoon, and give you a warm fuzzy feeling.

Here are the Top 5 Meals to Warm Up with for five dollars (or less!): 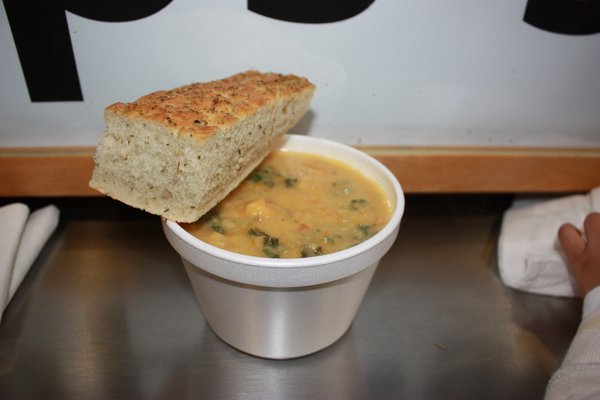 Made fresh in-house, the clam chowder is said to be one of the best in the city. A cup will run you $4.25, or if you’ve got an extra loonie spring for the $6 bowl.

When a restaurant puts “Chowder House” in their name, you better order just that. Each soup comes with a complimentary whole wheat bun, which is the perfect vehicle for soaking up every last bit. Both the cup or the bowl are under five dollars, so need we state the obvious? Opt for the bowl! For a few extra quarters you can order a sandwich and soup combo for $5.75.

Cheap, fast, and open till 2am. Yep, it’s one of those kinds of places. So if you’re caught in the rain after a long night, this is the place to go. There are 20 congee and noodle soups to choose from, all of which are large, filling, and less than a fiver. 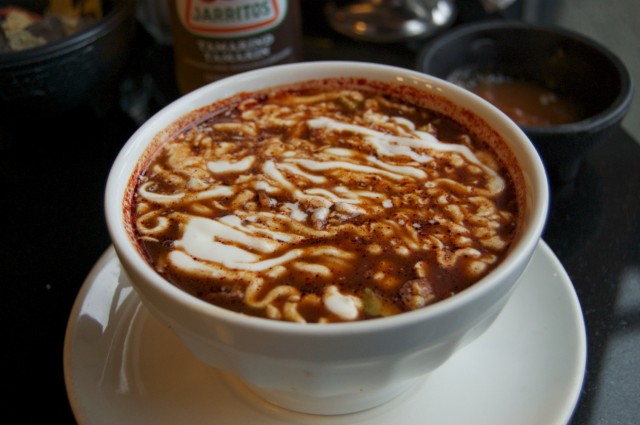 Who says you need to order standard Mexican fare? Consider yourself the new Felix and live life on the edge by ordering the Azteca soup. Made from tomatoes, chipotles and cilantro, it’s basically a fiesta in a bowl that won’t run you into overdraft. 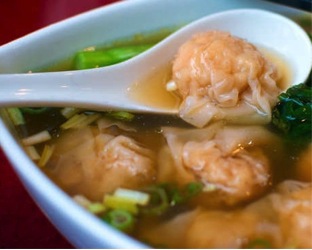 Does it get any better than shrimp and wonton soup for $3.95? Well, if that’s not really your thing you can also find many varieties of congee that won’t break the five dollar budget either.

See, there’s no need to be SAD, because now you have five reasons to welcome flu season back. Bring it on rain!

What’s your favorite cheap eat to warm up with? Chow with us on Twitter and Facebook, or join the Chow community by adding your foodie expertise.