Lights have been de-strung, Auld Lang Syne has been sung, and party hats have been hung. It’s back to work, back to school, and back to well, reality.

Whoever said emotional eating isn’t a healthy way to cure the blues has clearly never tucked into a steaming bowl of basmati rice smothered in a rich and velvety chicken curry, or a samosa so pungent that it immediately warms your insides with each crispy bite. If the cold weather is chilling your bones than a giant hug of Indian love is exactly what the doctor ordered. And by doctor, we means foodie enthusiasts. It’s warm, it’s flavorful, and it always packs a punch.

If your jaw just dropped from reading your December credit card statement don’t fret, as Vancity Buzz and Chowmenow have some Indian cheap eats that don’t skimp on the garam masala. 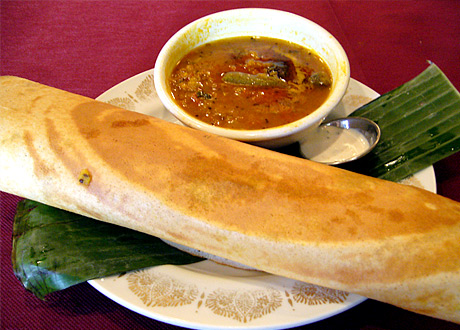 Simply called the “Plain Dosa” on the menu, this Indian version of a French crepe is stuffed with rice and lentils, yet doesn’t come with a Parisian price tag. From vegetable pakora to Rasam Vada, you can dosa-doe this and other eats for less than $4.99. 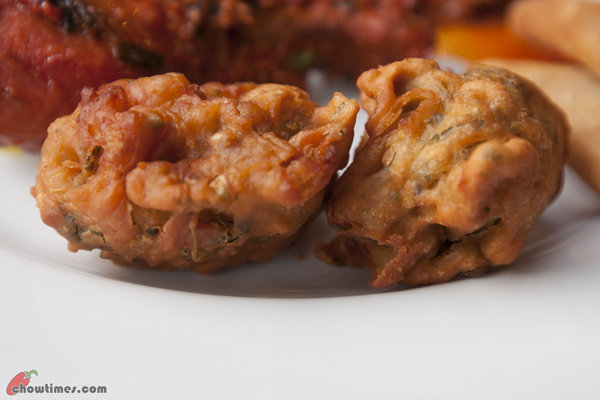 How does butter chicken, rice, Naan, and salad sound like for mid-day meal? Well, head to this spot for the lunch box special and you can chow down on it all for a mere five bucks. If you don’t have time to dine around noon, you can find plenty of items on the menu for less than a few dollars, like beef samosas served with curried chickpeas. 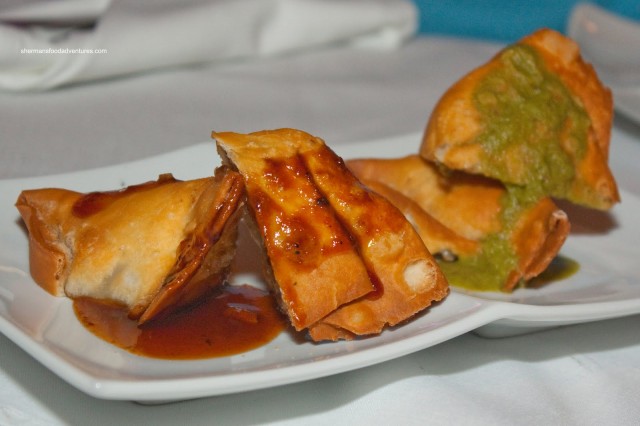 Not a veggie fan? Well, maybe when they’re deep fried and smothered in soya garlic sauce you’ll soon become a convert. If this Chili Gobi or the Jack Fruit Pakora doesn’t sound appealing, the samosas for $4.95 are a safe bet. 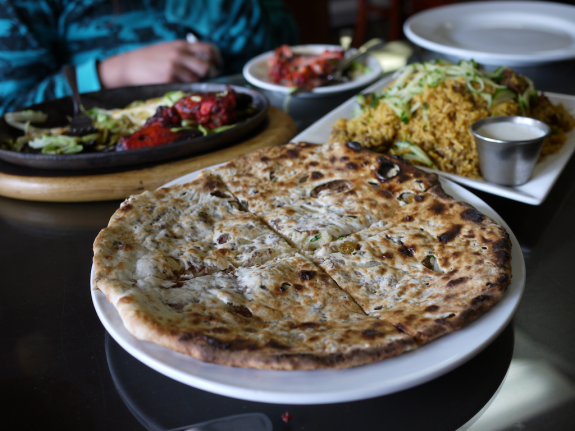 You may toss Thursday’s to just another hurdle before the end of the week, but if you’re hanging around Fraser Street than stop by this joint to tackle the Veggie Biryani, on special for $4.99. Feeling like something a little meatier? Then try the Chef Special Naan stuffed with chicken and nuts or the BBQ Tandoori wings. 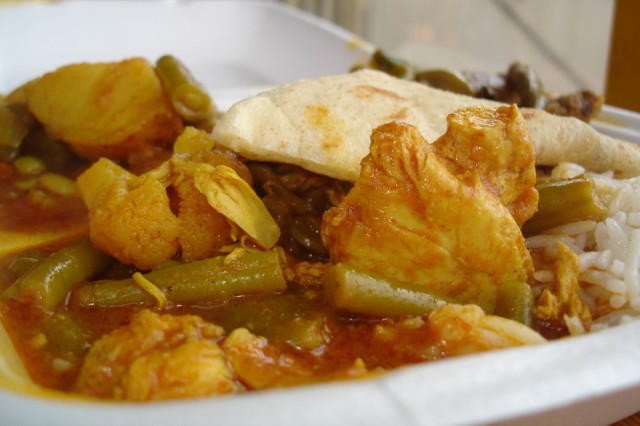 If you follow Chowmenow on Twitter you may have noticed that we tweet about this place on the regular. It’s not because we play favorites, it’s because they continually rock out with cheap $5 deals that won’t leave your stomach grumbling or your wallet hurting. Rich in flavor, this company even takes green initiatives by offering #TiffinThursdays. Bring your own tiffin (an environmentally-friendly dishware that originated in the street food culture of India) and score two dishes plus basmati rice for five dollars.

Got some authentic Indian eats that hits up flavor town? Add them to the Chow community and get the word out!

For more cheap dining deals follow Chowmenow on Twitter or gives us a thumbs up on Facebook, just be forewarned that you may feel sudden pangs of hunger when perusing your newsfeed.