When you’re in a neighbourhood with stores that sell  $10,000 sofas and $500 outfits for a 3 month old, you’re probably thinking a $5 bill won’t get you much more than an hour of parking. Well, as Vancity Buzz and Chowmenow discovered, you’d be partially right. Cheap eats are few and far between in this corner of Fairview, but to nix South Granville all together would be completely unjust, as there are some frugal bites too good, too tasty, and too affordable to not share. 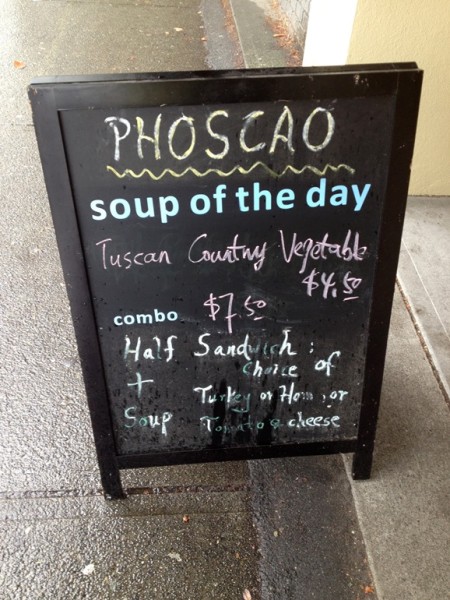 This week’s return of Raincouver brought on our old cravings for soup, so after a few empty blocks of cheap eats we were quite happy to run into Phoscao. A great café to sip, slurp, and munch on danishes, scones, and muffins priced under $3. 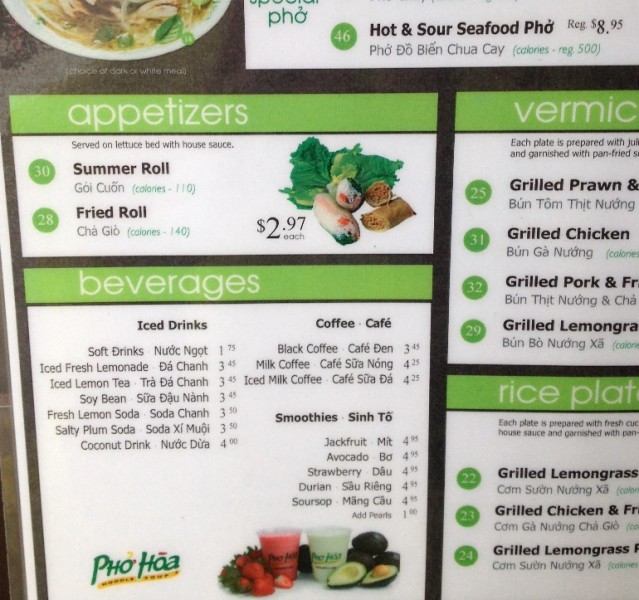 If you’re undergoing some well-deserved retail therapy and need a light snack to keep you energized, the summer and fried rolls are good options here. You could also order a roll with a large pho and split it with a friend for $5 each. 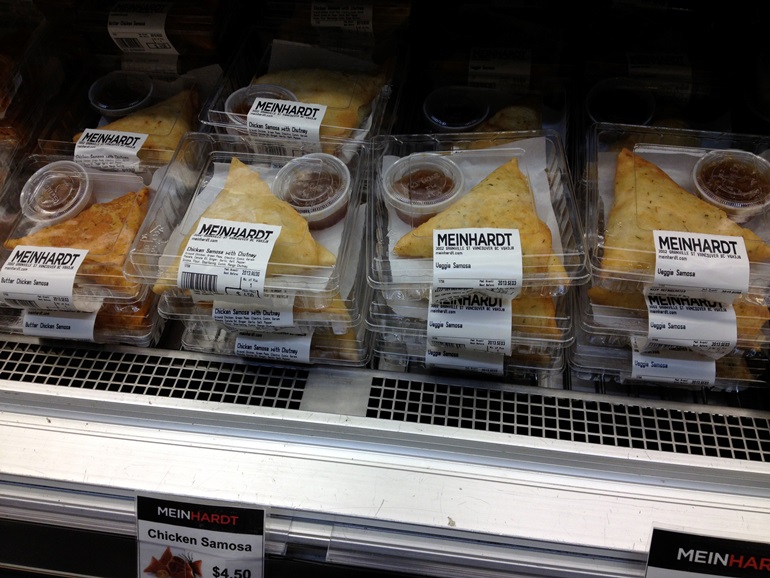 No matter what you’re looking for, you’re bound to find it at the deli and prepared food section in Meindhardt’s.  From sushi to these chicken samosas, most fall under a $5 budget.

If it’s something sweet you’re after, well…. 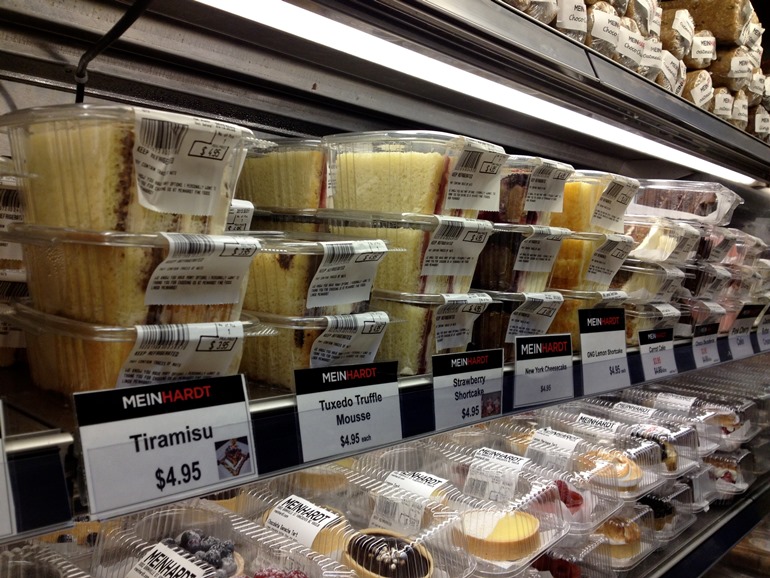 Tuxedo truffle mousse, coconut tarts, and New York cheesecake all for $4.95 less. They say it’s enough for two or three people but we totally argue these are individual size. 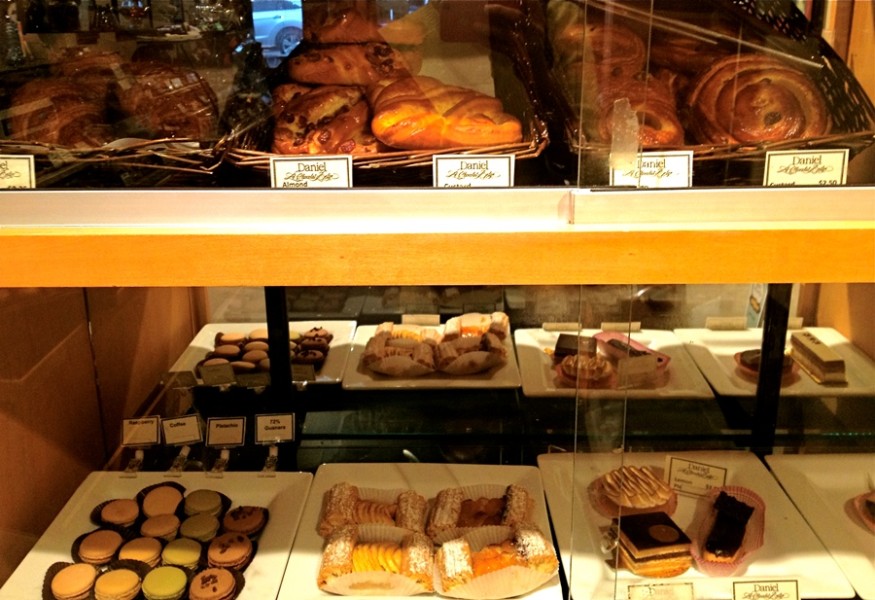 At $2.75 for pastries as big as your head, the only splurge will be in calories. These delectable, rich, and sinful goodies have taught us that we have zero self-control. It’s a tough job but it’s all in the name of research. 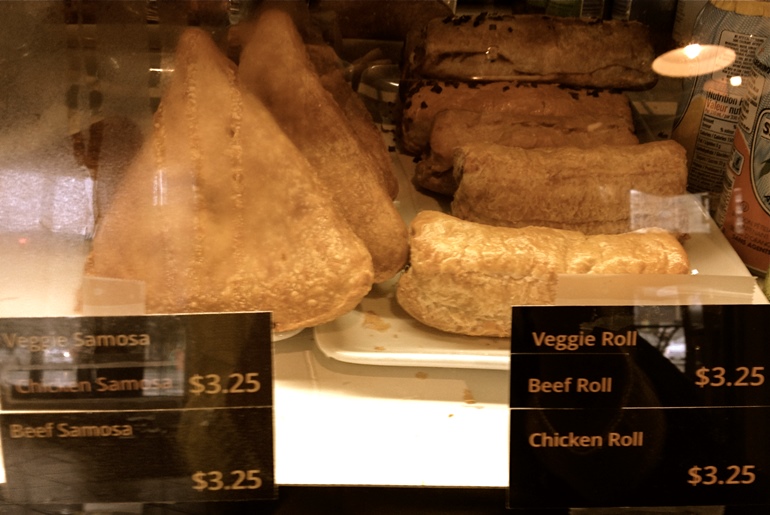 Besides the usual coffee shop pastries, there’s also the ham and egg English muffin for $3.99 and the vegetarian breakfast burrito for $4.99. Both filling and portable options alongside that always necessary java.

Know of anywhere else in Vancouver that deserves a shout out? Become a Chowster and let us know. We’ll spread the word!