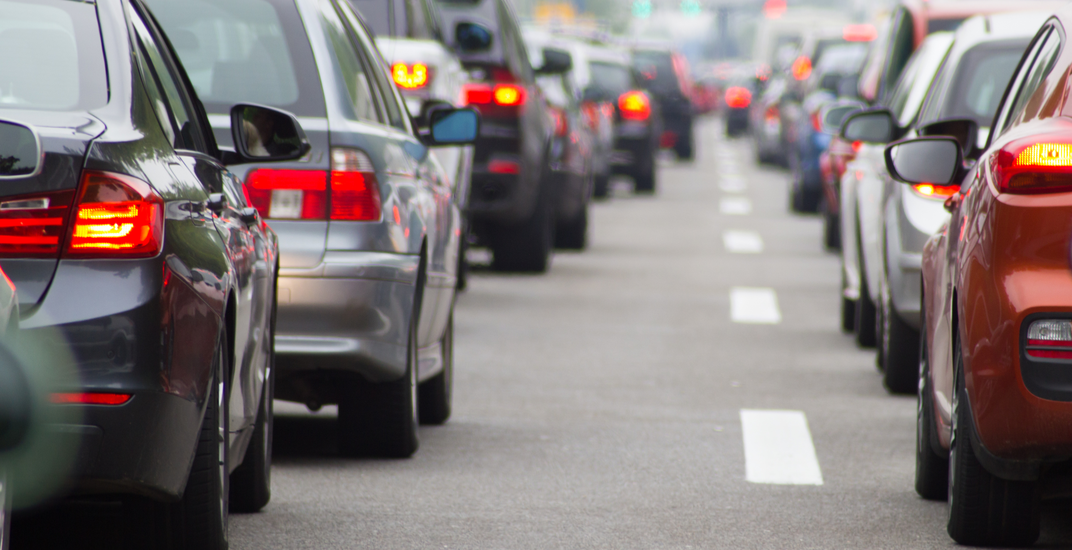 Vancouver is in a weird place – literally. With a metro hub that is bordered by a river, an ocean, and a mountain range, locals who drive to work must commute across an array of bridges and roads that were not originally intended to support a population of 2.4 million (as of 2016).

This brings us to the current dilemma every local is familiar with: There’s just too much traffic congestion. But anyone can complain about traffic; it’s practically a national pastime. So the Mobility Pricing Independent Commission did the research to understand the real ways traffic was hurting this city in order to put forward some real solutions.

Their report can be found here, but there are some extra-relevant facts for you to consider:

Afternoons are worse than mornings

The Commission’s report found that the afternoon rush hour has people driving at slower speeds for a longer amount of time than the morning one. We’re all a bit sluggish after a long day at the office, but a sluggish commute home is something we could all do without.

Some spots in the city are more congested than others

This seems obvious, but the most congested places may surprise you. It makes sense that bridges and tunnels crossing the Fraser River or to and from the North Shore would be traffic magnets, but the report also pointed out areas like Port Coquitlam, Highways 1 and 91, and New Westminster as hot zones.

Things are only going to get worse

In 30 years (AKA the period of some Vancouver-area mortgages), there will be one million more people in Metro Vancouver, and 400,000 jobs are set to be created in turn. If you think the traffic situation is unsustainable right now, add a couple of million more trips to the mix and see where it gets us.

So that’s where the idea of decongestion charging – charging for road usage in Metro Vancouver in a variety of ways to alleviate congestion – comes in. But as soon as you say “charging,” people understandably tend to react in strong ways.

We’ll keep it short and sweet: Here are three reasons why decongestion charging won’t be the end of Vancouver (and your bank account) as you know it.

In Sweden, no less. In 2003, the city of Stockholm was facing a crisis similar to Vancouver’s, which makes sense considering how similar the two cities are in terms of geography (both are spread over islands and waterways connected by bridges leading to dense downtown cores).

Politicians in the region agreed to implement decongestion charging for anyone driving in the central region of Stockholm during peak times. At a rate of $3.15 to drive in and out during morning and peak times, $1.60 during midday, and free evenings and weekends (with a daily cap of $9.50), the charges weren’t exorbitant, but still met fierce resistance from locals and opposition lawmakers.

After three years, a whole lot of debate, and at least one legal battle, the charges came into effect in 2006 – and in just one day, traffic in Stockholm was reduced by around 20 percent. And that decrease has held more than 10 years later, despite 350,000 more people living in the city since then.

The reason mobility prices worked in Sweden was almost invisible; simply by being aware of taxes, people drove a little less. Whether it was by eliminating superfluous trips (why drive to the corner store down the block when you can walk?) or by embracing alternative forms of transit (from carpools to buses), people became more mindful of driving during rush hour, and that made room for the people who had to drive in those periods.

The changes individual people made were so small that they barely noticed them – but together they had a big impact. And because decongestion charging reduced congestion and wasn’t as scary as people thought, everyone became a lot more positive.

In addition, the revenue generated by the charge was put towards improving other parts of transportation in the city, like better public transit options and more road maintenance, helping the entire process run even smoother.

There are several ways this can go down

Nothing is set in stone right now, and those exploring decongestion charging as an option for Metro Vancouver are researching a variety of approaches to ensure that fair choices would be made for residents.

Distance-based charges could be best for a distributed city like Vancouver; congestion point fees (charging vehicles when they pass through designated zones) could be another viable approach.

And the implementation of decongestion charging could also affect the existing gas tax; it could be protected from further increases, be decreased, or even eliminated entirely.

Imagine a city without gas tax and cry tears of fiscally-responsible joy.

The Mobility Pricing Independent Commission simply wants to keep the conversation going so Vancouverites aren’t blindsided by the endless gridlock of a city that refused to take action in the face of an obvious challenge.

They believe It’s Time for a new solution. And if you’d like to learn more, you can visit their site itstimemv.ca. You can also have your say on the matter, but you should hurry, online engagement ends March 14! You can participate here.

Decongestion charging is still just a consideration, and there are many steps to take before it ever becomes a reality here in Metro Vancouver, but rest assured, if Sweden is any example, your wallet is safe and sound.