The fireworks were launched from a barge and lasted for approximately 10 minutes. Lucky individuals who were on the seawall at the time reported that the show was much more intense and larger than the Canada Day display.

Tonight’s fireworks coincided with American Independence Day and it also marks the third time this year that fireworks have been launched for a private event.

Such private displays are usually organized and paid for by events and conventions held at the Vancouver Convention Centre. However, a spokesperson with the facility has confirmed that the fireworks were not related to any event held at the venue.

There is some speculation that the show could have been organized by the NFL Seattle Seahawks, who of course won this year’s Super Bowl and are currently in Vancouver.

Knowledge of such private shows are always kept a secret so that event organizers are not required to pay expensive policing and clean-up costs, in addition to all the logistical planning required for free public events that attract massive crowds.

In addition to this week’s Canada Day festivities, there are four more public fireworks displays scheduled for this year: Celebration of Light on July 26, July 30 and August 2 and New Year’s Eve Vancouver on December 31. 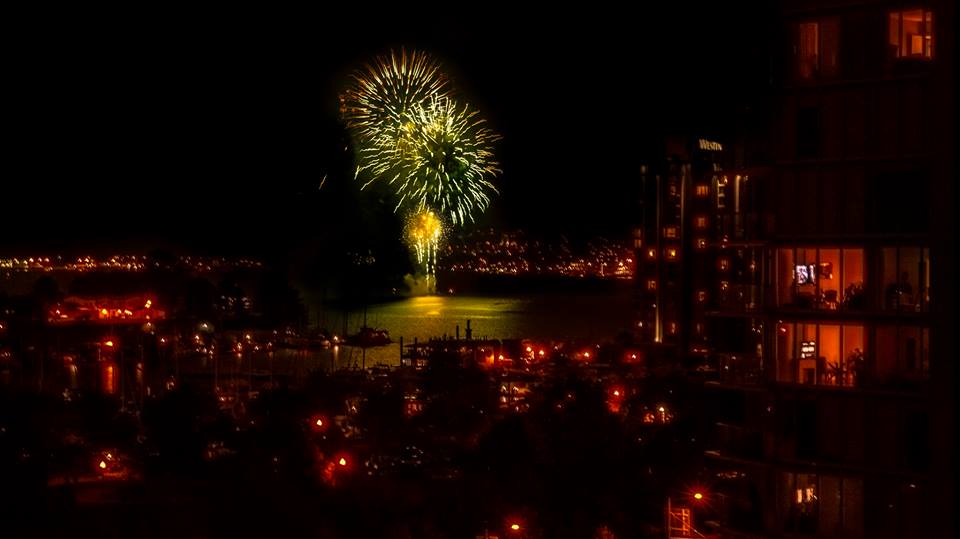