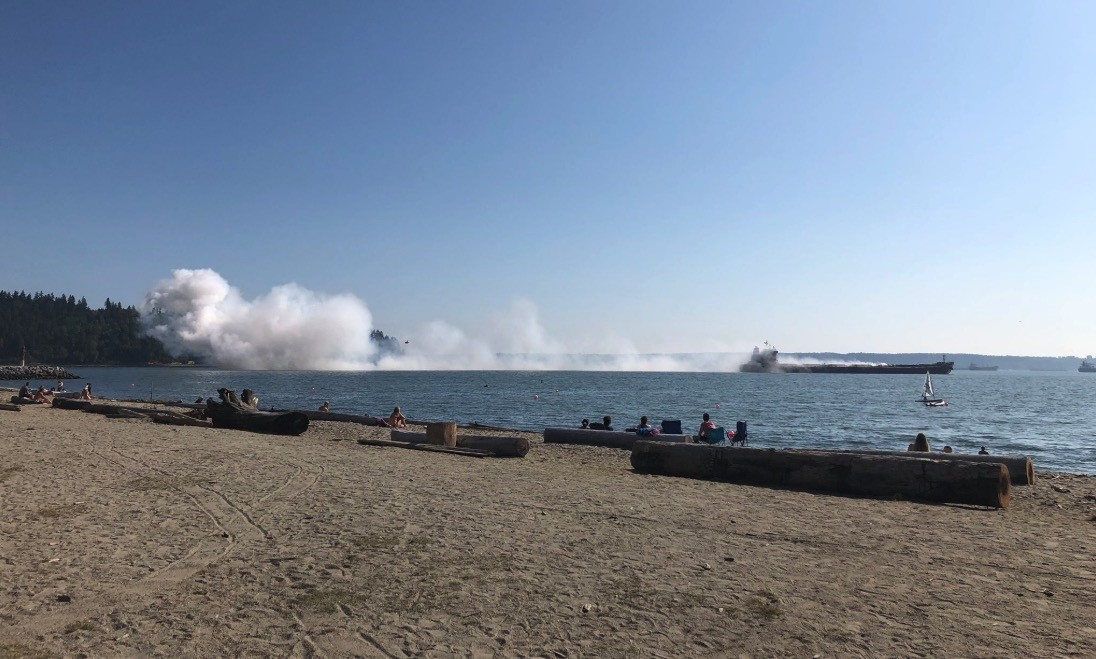 Cargo hold explosion onboard the Minoan Glory in Vancouver harbour on August 6, 2019. (@Andreschava6/Twitter)

An apparent explosion occurred onboard a bulk carrier late this afternoon, just as it was sailing out of Vancouver harbour, west of the Lions Gate Bridge in front of West Vancouver’s Ambleside area.

There have been social media reports of a loud explosion, followed by a large column of billowing white smoke.

The incident appears to have been the result of an explosion of the hold, with a hatch blowing out to vent the pressure.

At the time of writing, online marine vessel trackers indicate the ship, Minoan Glory, is currently located north of Spanish Banks. The vessel’s next destination is Singapore.

Bulk carriers typically have compartments that carry large quantities of fine particle cargo, such as grain and coal. Such fine particles are prone to dust explosions when the particles suspended in air rapidly combust in an enclosed space.

Daily Hive has reached out to Vancouver Fire Rescue and the Canadian Coast Guard for further comment.

Big explosion on a boat and then this smoke followed – taken from Ambleside beach @DailyHiveVan @NEWS1130 pic.twitter.com/PX5uy73NnO