Before you do anything else, you should check out this video of Canucks fans taking over Honda center following the Canucks’ win over the Ducks on Sunday.

If that doesn’t inspire enough pride within you Canucks fans, check out Terell Safadi‘s version of Wiz Khalifa‘s Black & Yellow: (thanks to @eightsixnetwork for sending this to us)

Now on to the team: not only do the Canucks have 3 Hart Trophy worthy players, in Daniel and Henrik Sedin and Ryan Kesler, they have Jannik Hansen, California road-trip MVP. This piece by Derek Jory illustrates just how far Hansen has come.

As for the upcoming games this week, they might start slowly in Phoenix, but with the Canucks in San Jose on Thursday and Calgary on Saturday, this could be a fun stretch.

Canucks fans think their team is so amazing because it has 4 or 5 potential 20 goal-scorers in its line-up, but that’s nothing compared to what the Coyotes are doing. They have a very good chance of making the playoffs without a single one. Four players do currently have 16 goals, so it probably won’t happen, but wouldn’t that be a feat?

How would the Canucks even go about creating a gameplan to defeat that? AV: “Ok boys, we have to shut down… I have no idea who we need to shut down.”

How does anyone get hyped up for that?

Some info: the Coyotes just ended a 5 game losing streak with a shootout win over Detroit on Saturday night. 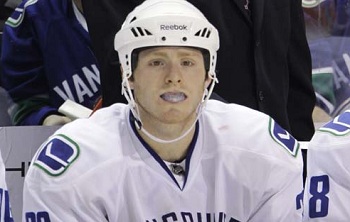 With Mason Raymond out for a few games with a shoulder injury, Victor Oreskovich has been called up. Jeff Tambellini will get another shot on the second line, so watch him. But also watch “Oreo” closely. HTTN predicts a bright future for this young player.

I don’t mean to alarm you, but in the Sharks last 21 games, they only have lost 4 times. OK fine, I meant to alarm you. Is it working? 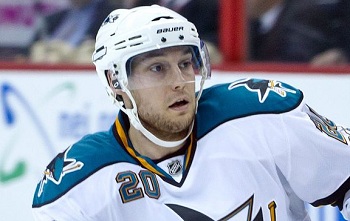 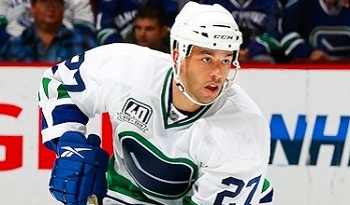 The Calgary Flames are now sitting in 5th in the Western Conference. Consider your mind blown.

Even more impressive, since first line center, Brendan Morrison, went down with an injury, the team is 2-0. As it looks like Morrison’s knee might be seriously injured – it can’t even be properly evaluated until the swelling goes down in 2-3 weeks – it looks like they’ll have to make the playoffs without his help.

Being a Saturday nighter against the Canucks closest geographical rivals, this could be a good one. 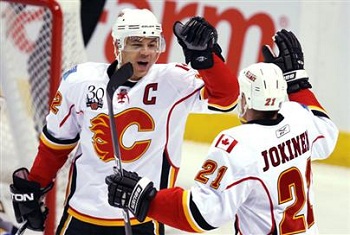 Jarome Iginla has 8 points in his last 4 games, 5 of them goals. He’s now 9th in the NHL in points this season. Considering that his start to the season was so bad that people were discussing the Flames trading him and building around a new core, this is amazing stuff.