Let’s quickly set the stage for the week ahead. The Canucks have 4 games this week against 4 Western Conference teams that are all completely desperate for points right now: Columbus, Nashville, L.A., and Anaheim.

Look at the standings: 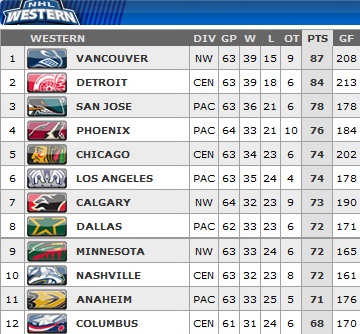 Clearly, it’s not going to be easy.

In Columbus’ last 11 games, they have suffered only 2 outright losses. They’re only 4 points out, and they’re coming on strong. Time to play spoiler, Canucks. 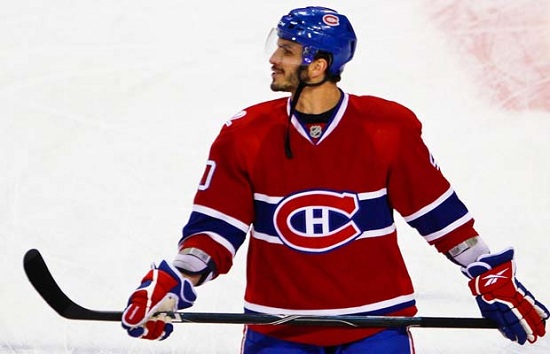 Screw the Jackets, we’re all going to be watching the Canucks newest player – Maxime Lapierre – during this one. Seriously, how fun is it to watch a newly traded player on your team. Don’t get too excited though, he’ll be getting the same 4th line playing-time that Hodgson was getting, and maybe a chance on the penalty kill.

The Preds are in a 3-way tie for the last playoff spot, but they’re not doing well at holding on, lately. They’ve just come off a four game losing streak, stopped by a win against Columbus on Sunday.

Also, since the arrival of Mike Fisher 8 games ago, the team is 3-4-1. Looks like this is a distraction.

Can you blame them?

Who leads the Preds in penalty minutes? Surprise surprise: 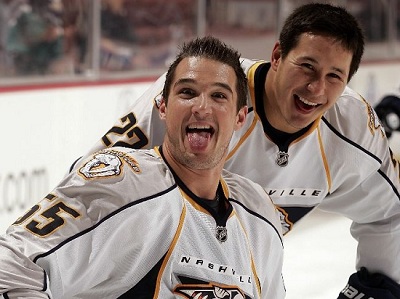 Still got the discipline problems, eh old buddy? It’s a return to Vancouver for ol’ SOB, though, so he may be tired from the night before…

With 74 points, the Kings have as much breathing room in the Western Conference playoff race as these nachos: 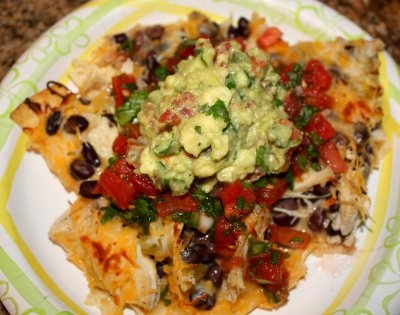 Yes, there are nachos under there, apparently. Anyways, the Kings are in a very precarious 6th place, despite being just 2 points up on the 10th placed team. To their credit, however, the Kings have fought their way back into the mix, going 8-2-2 in their last 12 games.

As if facing the red-hot Kings on their home-turf wasn’t enough, it’s a 1 P.M. start time. Surely this will affect the traveling team more.

The Kings made one of the biggest trades on deadline day by acquiring Dustin Penner from the Oilers. He is predicted to have a shot at playing on the top line with Anze Kopitar, so we may get a chance to see him a lot during this game.

One might think that without the word “Mighty” in their team name anymore, Anaheim’s team would be mere Ducks… but no, they’re still pretty mighty. Actually they’re frightening, and the last time the two teams played, this happened.

Hopefully nothing like that goes down in this game, though it’s always a risk against the school yard bullies of the NHL. If it does, don’t worry, Max Lapierre – A.K.A. Timon – can flash his devilish grin and scare Ryan Getzlaf out of the building. 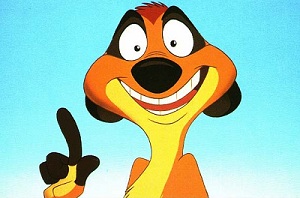 The Ducks are actually sitting 1 point out of the playoffs at the moment, and have just ended a 5 game losing streak. Still, if they squeak in, they’ll cause nightmares for everyone in the West.

Dan Ellis has gone 1-1 with a save percentage of .909 since coming over from the Lightning in a trade last week. The Ducks have also called up Ray Emery to play backup to Ellis. Whichever goalie the Canucks see, it will be interesting to see how he performs. Hopefully they’ll see get to play by the time the night is over.