On Thursday, The Team 1040 was running the poll question, “Will Ryan Kesler score 50 goals this season?”

It got us thinking: Kesler is having a career year, and has already surpassed his previous high of 27 goals with his current total of 30. It is not all that far-fetched to suggest that he may score 20 more in the 31 remaining games.

Question is: does he really have what it takes to be a 50-goal scorer? We have spent some time analyzing some common characteristics of 50-goal scorers.

-Demanding a trade if he’s not playing on the top line or on the first powerplay unit.

-Not showing up for training camp, opting instead to go with the hold-out process.

-Only agreeing to a $100M contract

-Demanding a trade at random moments throughout the year, through the media, of course.

-Hanging out at the other team’s blue-line, waiting for breakaway passes

Of course, as long as Kesler’s team sits atop the NHL standings, we shall continue to enjoy looking at them: 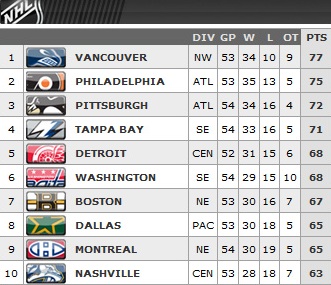 And so, we take a look at the games ahead for this week.

The Canucks are riding a 5-game winning streak, but lookout… on Monday, they face a Senators team that has lost 9-straight. Talk about a clash of the titans.

Alex Kovalev, who has only 23 points in 47 games this season, has 3 goals and 2 assists in his last three games. Whoever said he was enigmatic?

The problem with these enigmas, is that when they’re hot, they’re unstoppable. He could actually make Monday’s game fun to watch. 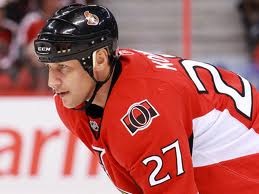 Ryan Getzlaf was injured on December 28. The Ducks have gone 10-4 without him, and are sitting in 6th place in the West. Imagine how good they’ll be when they get him – one of the best power forwards in the NHL – back?

All of a sudden, the Flames are playing well. They haven’t lost in regulation in 7 straight games, and they’re only 1 point out of a playoff spot.

Consider the facts: the Flames are historically the Canucks greatest rivals, this is a Saturday night HNIC game, and Calgary has everything on the line in this one. Yeah, this could be one of the best games of the year.

Sure, I could tell you to watch Jarome Iginla, but I figure I’m not exactly enriching your lives by telling you something my Degrassi watching little sister knows about hockey. If you’re going to keep your eye on someone, try Calgary coach Brent Sutter. 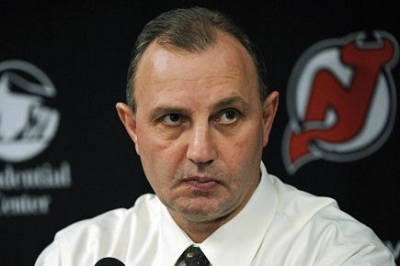 If his built in perma-scowl leaves his face at any point, please tell the world (through twitter, facebook, your blog, whatever) because that, my friends, would be newsworthy.