Well, the Canucks have played .500 hockey over their past 6 games, which, considering the situation with their defensive injuries, is not half bad. Really, this team is more resilient than The Black Knight – who was damn near impossible to beat…

That guy is funny. Anyways, onto this week’s games:

The Habs have lost 6 of their last 7 games, and Carey Price has lost 3 in a row.

Sorry Montreal, but the best team in the NHL may not be the tonic for your woes… but don’t worry, on Thursday you’re playing the Maple Leafs!

Mike Cammalleri returned after sitting out for a month with a separated shoulder, and during Sunday’s Heritage Classic against the Flames he didn’t look half bad. He’ll be looking to get back on the scoreboard against the Canucks on Tuesday.

As a reminder of what a stud he is, I bring you this video of him preparing for a playoff game that I posted during last year’s playoffs:

Being only 5 points out of the playoffs with 24 games left on their schedule, the Blues are yet another team who thinks they still have a shot at making it. To the Canucks, the 13th ranked team in the West is just another annoying fly that needs to be taken care of.

Chris Stewart was traded from the Avalanche to the Blues on Friday and promptly scored a hat-trick for his new team. Might be wise to watch him. This is what he looks like: 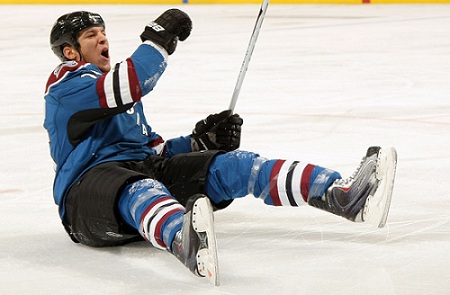 It should be another exciting game on Saturday night as Gigantor (Zdeno Chara) and his Atlantic Division leading Bruins come into town. 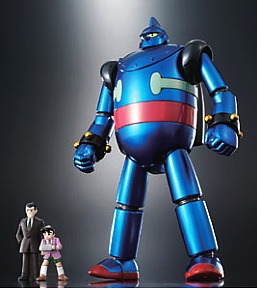 Zdeno actually does look like this standing next to his teammates

Vancouver boy Milan Lucic leads the Bruins with 24 goals, and you know he’ll be fired up to play in his home town for the first time in 2 years.