The Canucks are the first placed team in the NHL, see? 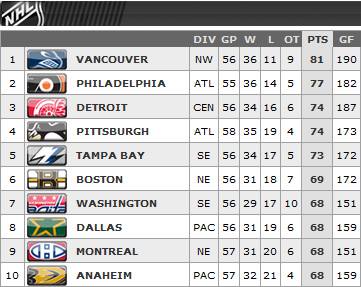 With four games on the sched this week, we’re going to preview the first two games today and come back later in the week for the next two.

Roberto Luongo has gone 21 games straight without a regulation loss. The last time he had an outright loss, the world was a different place…

Do you even remember who that loss came at the hands of?

Ah yes, it was the Blues.

This time around, not only is Luongo looking to add to his massive streak, he’s also going for his 7th straight win against a St. Louis team that’s lost 2 in a row. Listen St. Louis, let’s make a deal, we’ll keep our streak going if you keep yours going. Capiche?

Alex Burrows is on a 9 game point streak, which is currently the longest one in the NHL. However he blocked a shot in Saturday’s game against the Flames and has been hobbling around ever since, meaning we won’t know until game-time if he’s playing or not… 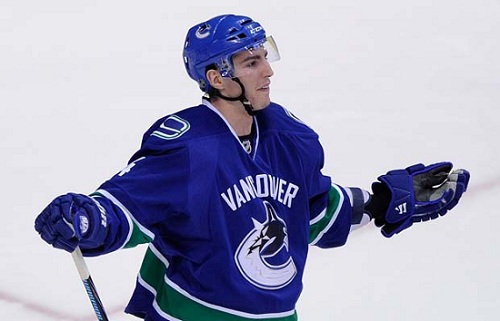 Right now, at this moment, the Minnesota Wild are in 8th and final playoff position in the Western Conference. By the time you read this, that may have changed, as that’s how quickly things seem to be moving around down there these days.

If Minnesota’s motivation in this game isn’t enough to make them the favourite, don’t forget that the Canucks can’t play in Minnesota. In their 2 games at the Xcel Energy Centre so far this season, they’ve lost by a combined 8 goals. 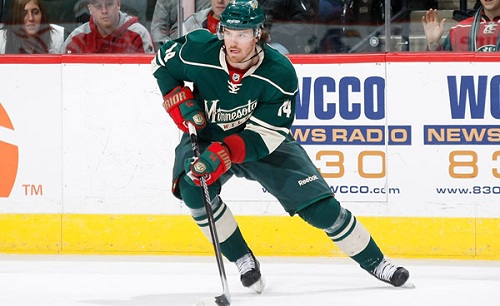 -Post by Head to the Net. To read more exclusive Canucks coverage, read and follow: Head to the Net & @HeadtotheNet
Martin Havlat has been hot lately, with 3 points in his last 3 games, and he leads the Wild with 48 points.