Alex Edler’s injury is officially yesterday’s news (it actually is, since that’s when he underwent surgery).

But figuratively too: on Monday morning, Canucks fans woke to the news that Cody Hodgson has been called up to the big club from the Manitoba Moose, and boy did it make headlines. By the afternoon, Hodgson’s name was one of Twitter’s trending topics in Canada.

Amid excited tweets bestowing nicknames such as “GODgson” upon him, there were those not buying into the hype:

@CayKing: Am I the only one not on the Cody Hodgson bandwagon? I still need to be won over… #Canucks

Baffled by such negative responses as this and others, I asked why people weren’t excited to see the future of the Canucks finally suiting up in the NHL. One response I received:

@PatrickTussie: It’s cool for people to feel underwhelmed. Kind of like a hipster fan lol

So you guys want to be rebels? Or is there more to this – you don’t want to be overly excited, since you’ll only end-up hurt in the end?

Pardon my bluntness, but that’s just silly. Comparing the callup of the 10th overall draft-pick from 2008 to that of Aaron Volpatti, Lee Sweatt, Alex Bolduc, or Chris Tanev, none of whom were even first round draft picks, is like comparing Sidney Crosby’s first game to that of Martin Hanzal, who was selected only 16 spots after.

Sure, Hanzal is a servicable NHL forward, but for good reason the hype wasn’t even close. As it was with Sid the Kid, the expectations on Hodgson are sky-high.

“Coho” is supposed to be the future of the franchise, a born leader, and a potential captain in the NHL. He could be the face of the Canucks for years to come, and if you’re not excited about this, you should be.

Not because Hodgson will score a hat-trick in his first game, or because you should even hope that he’ll become an impact player for the Canucks down the stretch this season, but because at some point in the coming years, he is going to be a major factor in the NHL.

Tonight, we witness the beginning.

Underwhelmed fans, my expectations of Hodgson are as low as yours, if not lower, for tonight’s game. After all, the youngster will be playing limited minutes on the fourth line, and he’s coming off an injury – not exactly a recipe for success. But when he plays his 10 minutes, you have to admit that you will be watching #39 closely, a lot closer than you’ve been watching the forgettable Volpatti.

Don’t worry, we’ll be critical of his performances, and we’ll certainly ask for him to prove himself, but we might as well cheer him on from day one. It’s no fun being the last one to the party.

Side-note: one young gun who is well ahead of his time is the aforementioned Chris Tanev. People always say that as long as you’re not noticing a young defenseman, he must be doing things right. Well, I’ve noticed him, but it’s only because every time he touches the puck, he makes the right play. It’s impressive.

For the second time in 2 weeks, the Canucks face the Stars, but this time they won’t be hampered by partying in Vancouver (AKA “The Roxy Effect”). This is unfortunate, because the Stars are 16-6-4 at home, and they are a much better team than they showed in their 7-1 loss to the Canucks last week.

There are many players to be mindful of on this Stars team, from Brad Richards to Jamie Benn to Loui Eriksson, but we were reminded last week of how dangerous a playmaker Mike Ribeiro is. No guarantee that he’ll be the leading scorer of the game, or even the most dangerous player, but any true hockey fan has to enjoy the magic he can create with the puck on his stick. 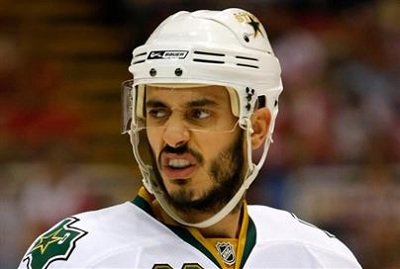 He plays better than he looks, honest

The most interesting part of this game will almost undoubtedly be the return of The Green Men, who are making their comeback in Phoenix, of all places.

@TheGreenMen: Our return is set! We’re hitting the road. Going to Phoenix to battle the Coyotes and @biznasty2point0. Game On!

If you didn’t read the post we wrote last week where we attempted to figure out what they had in store, you still can. Do realize, though, that our prediction seems to have been slightly off.

Oh right, how are the Coyotes playing? Well, they’ve only won 2 of their last 6 games. Still, they play the same well-coached, tight defensive system that has given them success for two years. Teams that play this way seem to be the greatest test for the Canucks this season, as they suppress Vancouver’s high flying offense.

Somehow, the Coyotes are sitting 6th in the West despite not having a player who has scored more than 15 goals! So instead of telling you to watch some boring player, I’ll go with the flow and tell you to watch the player that half of you will be watching anyways. Of course, I speak of former Canuck, Taylor Pyatt, whose “dreamy eyes” still have women lusting over him in Vancouver. 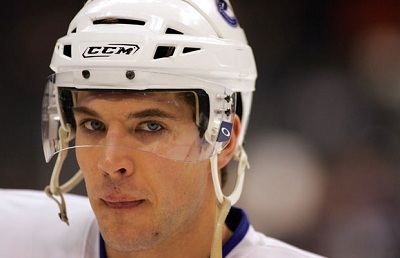 What do you women see in… wait… okay, I see it

This one has potential. The Blackhawks are not the team they used to be, but don’t, for one second, think they won’t be ready to play the Canucks, because they always are. 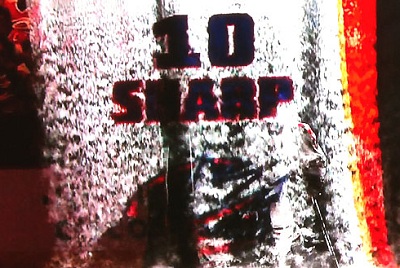 According to the CBC Player Poll, Patrick Sharp is the second most underrated player in the league. To squash those ideas, he showed everyone how good he was at the All-Star Game, eventually being voted the game’s MVP. Too bad everyone knows the exhibition means nothing, and he will continue to be underrated.

Note: thanks to PuckDaddy & @stat19 for the Patrick Sharp All-Star picture