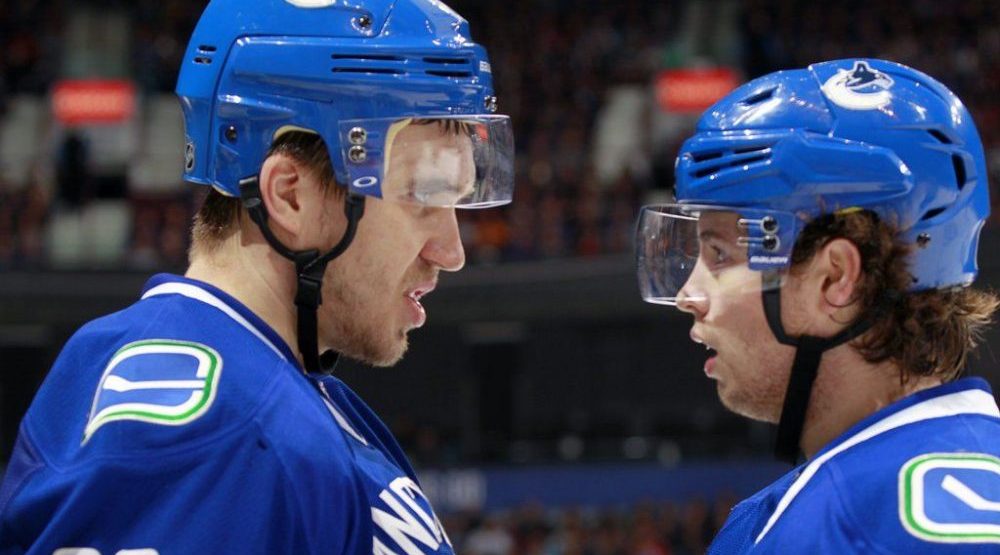 After a season to forget, the Vancouver Canucks promise to have a number of intriguing battles heading into training camp for next season.

You would think a team that finished third-last in the standings would be grasping at straws to fill holes, but that doesn’t appear to be the case.

What the Canucks lack in top-end talent, they make up for – to a degree – with depth. That’s been GM Jim Benning’s calling card since he arrived in Vancouver, as the team tries a balanced four-line attack. 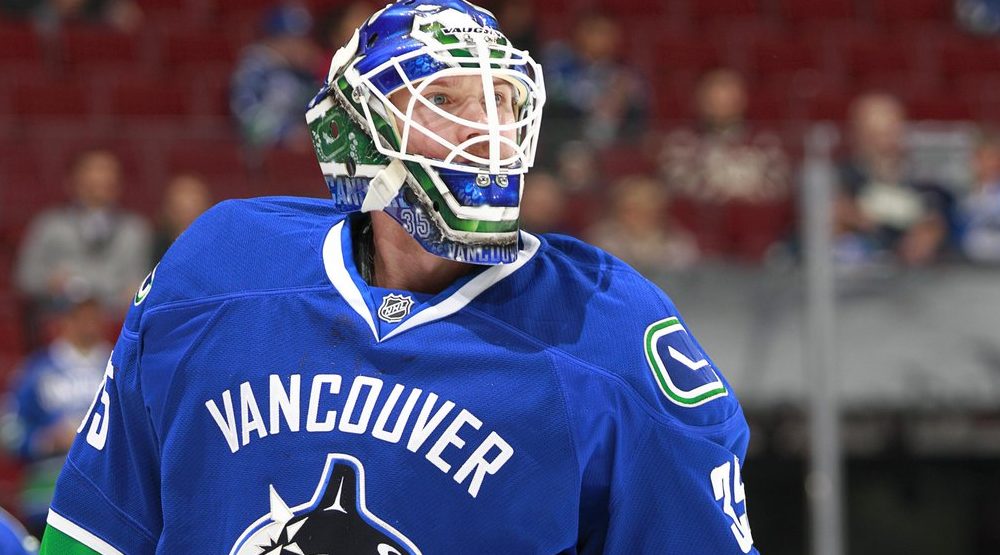 In goal, the team is set with Ryan Miller and Jacob Markstrom as their tandem. But how many games will each one get? After receiving a three-year, $11 million deal, Jacob Markstrom will be the team’s number one goalie beginning in 2017-18. How the team will transition the big Swede next year is the question.

Head coach Willie Desjardins could play the hot hand, split the games relatively evenly, or defer to his veteran goaltender. 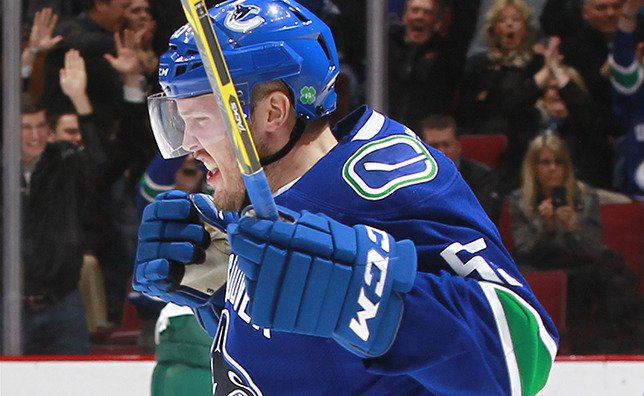 On defence, the number crunch is obvious.

Unless a player rockets up the depth chart like Ben Hutton did last year, the Canucks will have nine d-men vying for eight spots. Alex Edler, Chris Tanev, Ben Hutton, and newcomer Erik Gudbranson will make up the team’s top-four, and have spots secured. After that, things are less clear.

Luca Sbisa was signed to a hefty contract extension just over a year ago, so it would appear doubtful that the team would sour on him enough to send him to Utica.

Nikita Tryamkin has a clause in his contract that allows him to return to Russia if he’s sent to the minors. Would the Canucks tempt fate if he has a subpar training camp?

The battle for the eighth spot will most likely be between Alex Biega and Andrey Pedan.

If Vancouver chooses Biega, who is seven inches smaller and five years older than Pedan, they’re making a peculiar choice for a team trying to rebuild. Biega is on a one-way contract, while Pedan is not, although either player could be lost on waivers if they get sent down to the minors.

Biega is the safe, reliable choice. He’s the prototypical depth defenceman who can fill-in in a pinch. But his ceiling is low.

Pedan is the wild card in the deck. He performed reasonably well in Utica, but wasn’t given much of a look on defence last year with the Canucks. He’s a 6-foot-5 giant with potential, given he’s just 23.

Would Vancouver give up on another young defenceman in training camp? He’s not the second coming of Bobby Orr, but you have to think someone would snap Pedan up, just as Frank Corrado was plucked by Toronto last October.

Personally, I’d error on the side of youth and keep Pedan, regardless of performance in camp. Biega would likely clear waivers, allowing the team to recall him at a later date. 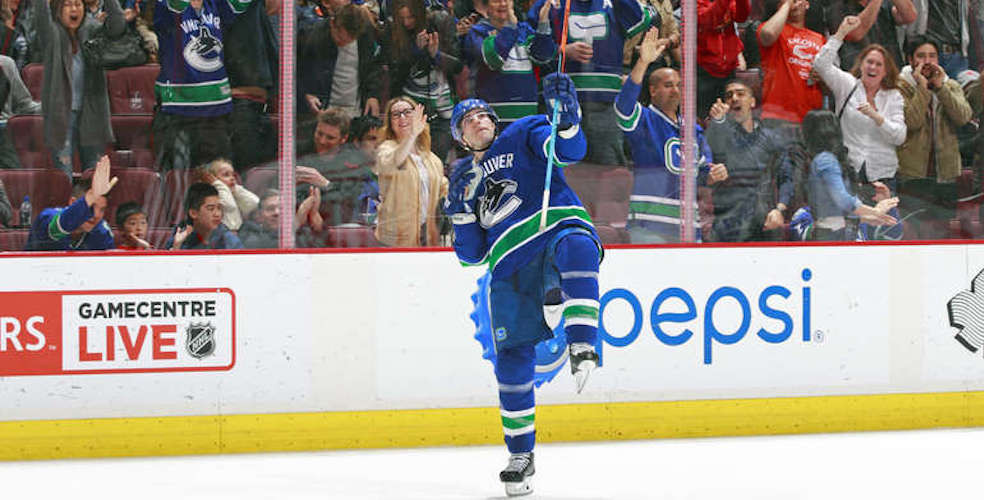 Other than a first line composed of Daniel Sedin at left wing and Henrik Sedin at centre, there’s a number of uncertainties for the Canucks at forward. Loui Eriksson is Vancouver’s prized UFA signing and he should get time with the twins in the World Cup of Hockey, so he could start the year on the first line. If that’s the case, where does that leave Jannik Hansen, who had a breakout year with the Sedins last year?

The second line is a black hole of sorts, so having Eriksson anchoring it wouldn’t be the end of the world – provided he develops chemistry with his centre.

A year ago at this time, many fans and media alike wondered if Bo Horvat could overtake Brandon Sutter for the second line centre spot. Everyone appears ready to gift it to Sutter this time around, although year three is probably the more realistic time to expect Horvat to make the move.

How much rope will Anton Rodin get? The Swedish Hockey League MVP has a lot to prove in the NHL.

One of the players listed above – barring injury – will need to be sent down to Utica. Gaunce and Virtanen can be sent down without having to clear waivers, so smart money is on one of them getting the demotion, although this management group has not been afraid to to expose talent on the waiver wire in the past. 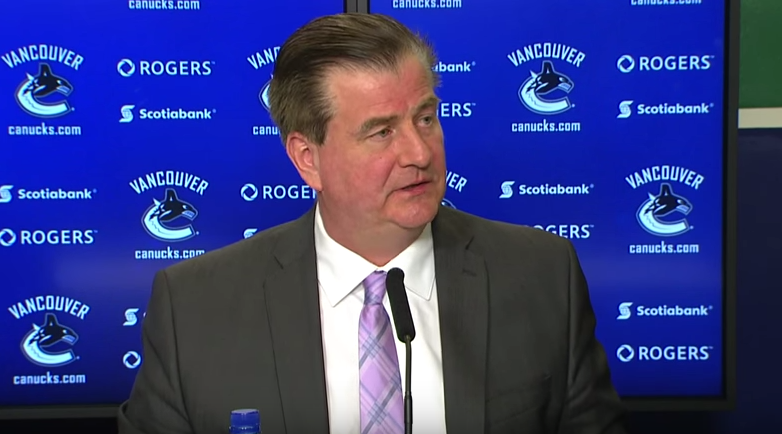 The potential for losing a good forward appears to be high come next June when they’ll have to submit a protected list for the expansion draft.

As of right now, the Canucks would likely protect the Sedins, Eriksson, Sutter, Horvat, Hansen, and Baertschi. That would leave some relatively young forward talent available, including Anton Rodin, Markus Granlund, and Brendan Gaunce. Luca Sbisa is the most prominent name projected to be unprotected on defence.

Some of these number crunches can be alleviated with a shrewd trade.

Benning is said to be in the market for a second line winger, which would only muddy the water if another roster player isn’t going the other way.

A two-for-one trade, in which the Canucks lose one of their protected players and one player likely to be picked in the expansion draft (say, Hansen and Granlund) in exchange for another player they would protect (ie. an upgrade on Hansen), could make a lot of sense.

Easier said than done, of course.

The smart play is likely the boring, patient approach of playing the kids and hoping they improve. Of course, the lure of a playoff spot could get in the way of that, so we’ll see what the club decides to do.