The Canucks released a video today highlighting the players’ Movember quest to raise money for prostate and testicular cancer. So what better time than now to rank said facial hair? Who is the hairiest? Who is the Sidney Crosby of the team? Read on to find out!

The Canucks have a long and storied past with some great ‘staches. Dave Babych, Brent Peterson, Jack Mchilhargey, John Garrett, and Harold Snepsts are just some of the great crumb catchers in Canucks history. This means the current crop of Canucks have a lot to live up to. So how did they do?

Cracknell came close to getting into the top five, but he just missed out. The Vincent Price is starting to form, you can almost see it, but it still needs some time to grow. Hopefully he gives that duster some time in the third period to gain some experience. Lots of potential right there, lots of potential.

Jake is rocking the “HD Caterpillar” in that you need high definition cameras in order to see it.

Now, you would think this mustache would land you firmly outside of the top five mustache power rankings, but that would be doing a disservice to young Virtanen. You see, he’s probably been growing this lip sweater for over a year now in anticipation of his first Movember in the big leagues. Sometimes the heart is willing, but the body isn’t able, and Jake is finding out firsthand the pain of a dirt squirrel mustache.

Remember Adrian Aucion? It took him 8 years to fill out his beard properly. Sometimes it just takes time.

Now, Jake not only put in solid effort into growing this, he also has to deal with people passing him napkins to wipe off his upper lip all day long. That takes dedication, and it should be rewarded as such.

Miller lands in at number four for his mouth mirken, which might seem harsh at first. It is after all one of the fullest mustaches on the team, but the problem is he has done better in the past.

As Miller points out in the video, he once pulled off some curls with his mouser, and had a little soul patch to boot. It made him look like the fifth musketeer, the one no one really talked about but was super into hockey.

Still, it’s a solid entry, and lands him at number four on the list, which is nothing to be ashamed about. 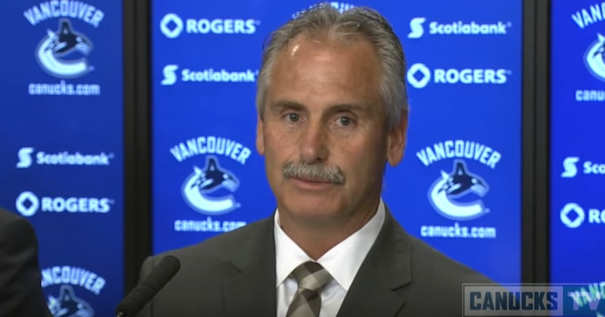 Solid. Dependable. Twitchy. Desjardin’s tea strainer is much like its landlord.

Yes, this mustache was not grown specifically for Movember, but mustache power rankings are a year round thing, so proper credit must be given to Willie. For Willie D, a mustache isn’t a statement, it’s a way of life. He was born with that mustache, which is kind of as gross and creepy as it sounds.

It’s the kind of nose neighbor Jake Virtanen can look up to. It’s the veteran presence all facial hair on the team needs, the one that teaches young hairs the right way to play the game. The kind of facial hair that is really good in scrums.

For those reasons, Willie D locks down the number three spot on the list.

Matt Bartkowski’s flavour saver has been called many things, but the most common refrain you hear about it is: Creepy.

Yes, a creepy stache is sometimes the best kind of stache. The kind that leaves you unsettled when you see it. You don’t know why, you don’t know how, but you fear the owner is up to no good. You better make sure you didn’t leave any change sitting out in your car, because something tells you that mustache is coming for it.

It’s the kind of mustache that gives you a bad one-liner at a bar at the end of the night.

“Girl, you better have a license because you’re driving me crazy!”

It has no middle. Just two greasy sides that let it roll in at number two. 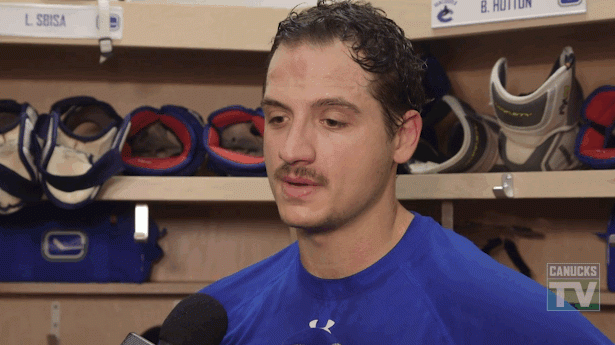 He may be a divisive player on the ice due to his play, but when it comes to his cookie duster, Luca Sbisa is number one and it isn’t even close.

Small, dignified, assertive. It is a muzzy that just screams “I could be a highway patrolman.”

Look at it right meow. You can’t take your eyes off of it, can you? You instinctively want to help him out because somebody with a mustache that noble could never harm you.

All we can do is hope Luca keeps that mustache past November. A mustache that great doesn’t deserve a one month reign. It deserves a playoff run.