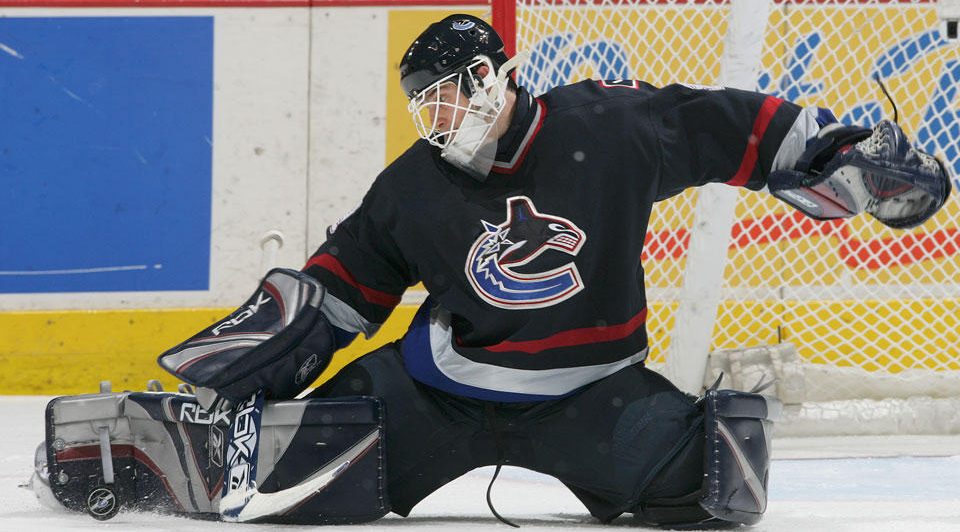 The Vancouver Canucks have named Dan Cloutier as their new goaltending coach. Cloutier will take over from Rolie Melanson, who will stay on with the organization as “goaltending coach, player development”.

Cloutier played five seasons with the Canucks in the early 2000s, and was the starting goalie for most of the Markus Naslund/Todd Bertuzzi era. After his playing days were over, he was brought back to the Canucks organization by former GM Mike Gillis. He has served in the role of goaltending consultant, player development for the past four seasons.

“Our team and goaltenders have benefited from some of the best coaching in the League and we’re very grateful to continue that tradition with Dan and Rollie in their new roles,” said GM Jim Benning in a media release. “Dan has been instrumental in the development of our goaltending prospects over the past four seasons and will now work with our NHL team on a daily basis in his new role.”

Melanson will move into a reduced role with the team, reportedly turning down a job with the Ottawa Senators.

Melanson has previously indicated that he wants to be closer to his family in New Brunswick.

“We are also very pleased to have Rollie continue to work closely with our talented, young goaltending prospects” Benning added. “His hard work over the past six years contributed significantly to our franchise having some of the best goaltenders in the NHL. With both Dan and Rollie, we’re confident our goaltending will continue to be a position of strength for the future.”

Melanson has preached for goalies to stay deep in their net during his time in Vancouver. Overall, his time as the main goalie guru should be seen as successful given the number of goalies that enjoyed success with the Canucks during his tenure.

Cloutier already has a working relationship with both Thatcher Demko and Jacob Markstrom, who could form the goaltending duo as early as the 2017-18 season. He has also undoubtedly learned a lot from Melanson during the last four years, and will continue to have him as a sounding board.