They might be fighters on the ice, but the Vancouver Canucks’ new Christmas card proves at least some of the team are softies at heart.

The Canucks have partnered with the BC SPCA to release its purr-fect holiday card, featuring players posing with adoptable cats and kittens. 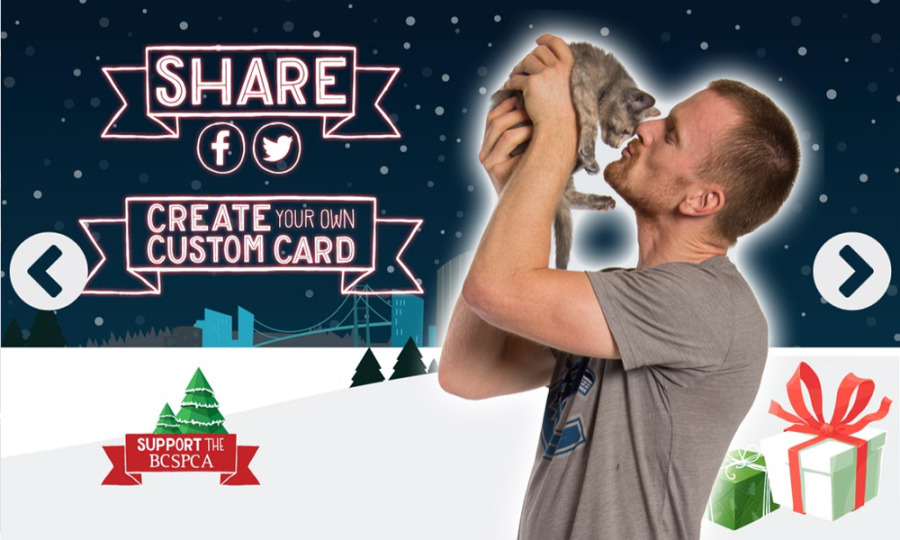 In the digital card, Kevin Bieksa, Daniel and Henrik Sedin, Alex Burrows, Brad Richardson and a beaming Zack Kassian cradle and cuddle the felines, all up for adoption at the Vancouver shelter. 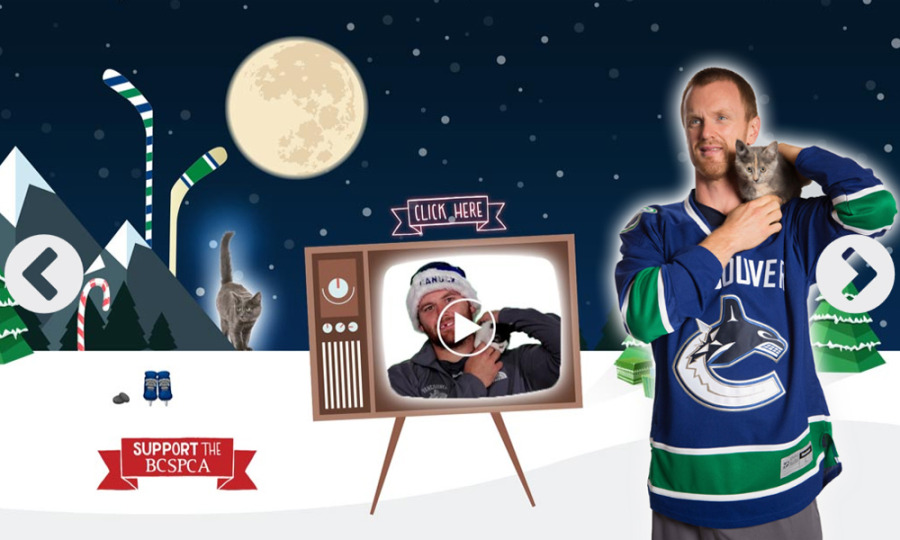 Though the heartwarming card was just released, it’s been in the works for more than a year, back when John Tortorella was still head coach.

Torts, a longtime animal lover who actually took over a New York animal shelter because dogs were being poorly treated, approached the SPCA with the idea of partnering on the 2014 card.

After a brainstorming session, the animal welfare agency suggested using adoptable kittens in the card, in an effort to address the issue of pet overpopulation in B.C.

“We’ve started a bit of a tradition about having fun in the Christmas cards,” he said, referencing 2013’s smashing ugly sweater card. 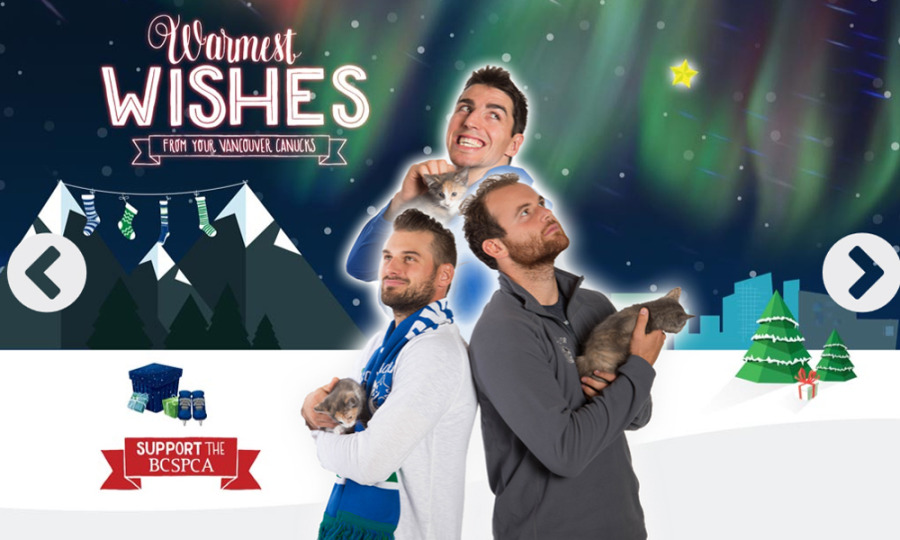 SPCA Community Manager Lorie Chortyk told Vancity Buzz that cats and kittens don’t get the same care as dogs in our province, which in turn leads to more overpopulation and suffering. So getting Vancouver’s most beloved athletes to show some love for homeless animals is a big boost for the cause.

“Having professional athletes cuddling with kittens is one way to highlight to people, males especially, that it’s an acceptable and good thing to be kind to cats,” she said. 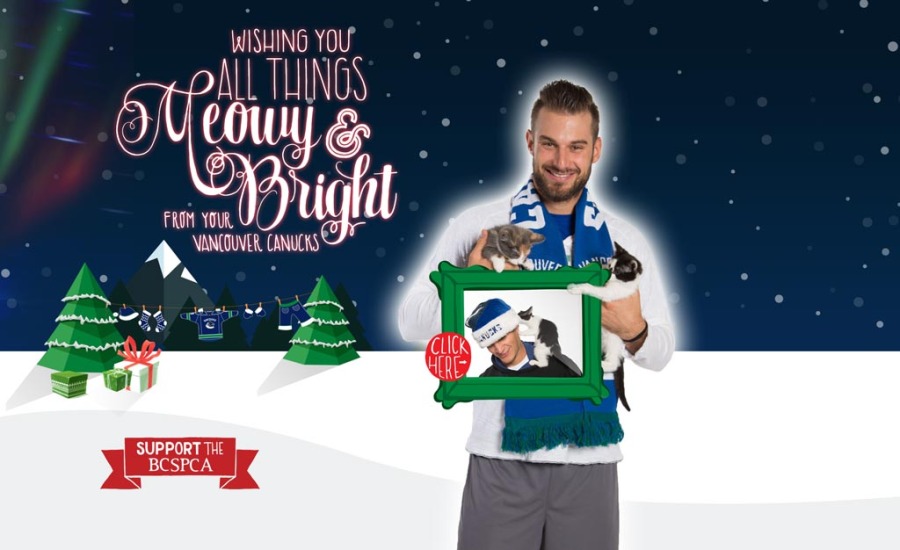 As for how the professional athletes handled the feline-centred photo shoot? The boys were kittens themselves, says Choryk.

“The shoot was a ton of fun. The players really loved the kittens and were so good and gentle with them,” she said.

The team is also urging fans to support the BC SPCA through adoption or donations. Hey, if you play your cards right you might even be able to adopt a kitten cuddled by one of your favourite sports stars. 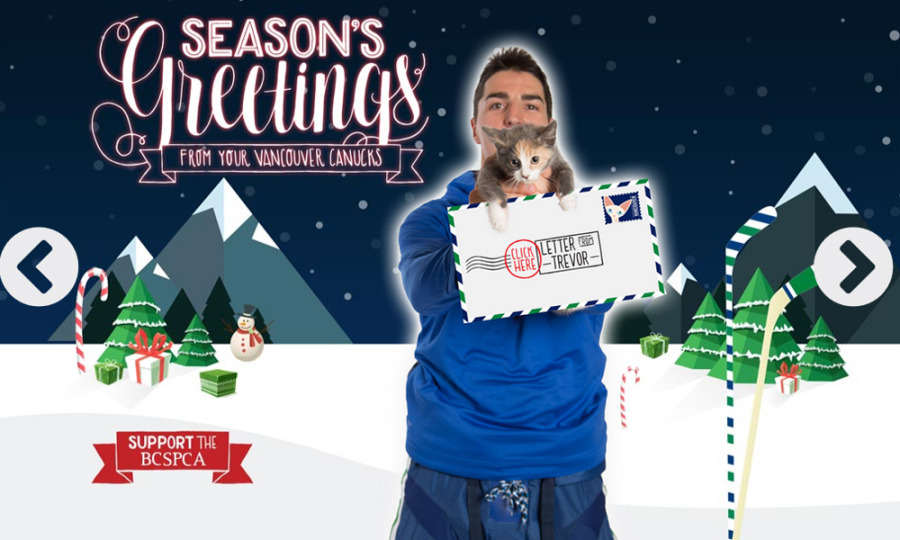 This year’s holiday card also features a Christmas themed question and answer portion where players talk about their favourite Christmas movies, holiday traditions and whether they prefer real or fake trees, among other important topics.

And if you were wondering, the majority of the featured players will tolerate Brussel sprouts, provided they have something delicious on top, like parmesan cheese or brown sugar.