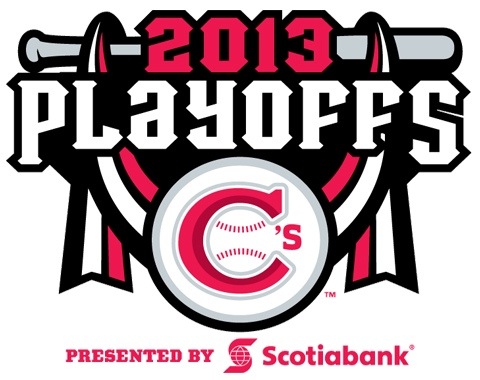 Tomorrow Night: The Vancouver Canadians, the Short-Season, Class-A Affiliate of the Toronto Blue Jays, open up the 2013 North Division Final against the Everett Aquasox, affiliate of the Seattle Mariners. The C’s will send RHP Tom Robson (3-0, 0.94) to the mound here at Scotiabank Field as he makes his eighth start of the season. The Ladner, B.C. product was signed in the 4th round of the 2011 MLB First-Year Player Draft and is coming off of a victory in his last start at home vs. Tri-City.

How the Teams Arrived Here: The Everett Aquasox clinched both first and second half pennants after going 23-15 (.605) in the first 38 games and 20-17 (.541) through 37 regular season dates in the second half. Because Everett clinched both halves, the Northwest League Divisional tie-breaker came into effect giving Spokane, Tri-City and Vancouver the chance to put their overall records through 76 games into play. The best record of the three remaining teams would advance and the Canadians with a 2-1 victory in Tri-City on September 1st secured the second best record at 39-36 (.520) overall surpassing Spokane (38-37) and Tri-City (33-42).

History vs. Everett Aquasox: The regular season was a struggle for the Vancouver Canadians head-to-head vs. Everett. In 12 regular season meetings, the C’s went 4-8 (.333) against their North Division rivals and have lost four games in a row dating back to August 14. During that four game span, Vancouver was outscored 25-11 by the Aquasox.

On The Air: Canadians broadcaster Rob Fai will have the call of this series on Team1410.

Get the Brooms: Everett can lay claim to being the only team this summer to sweep the C’s in a series (Aug 21-23) outscoring Vancouver 21-8 during that span.

Rare Air: The Canadians begin the quest to win a third consecutive NWL Championship on Tuesday knowing that only the 1987-90 Spokane Indians and 1993-95 Boise Hawks have ever accomplished a ‘three-peat’. Vancouver comes into this series as the two-time defending NWL Champions while Everett last won a title in 2010.

Read more about the Canadians playoffs.