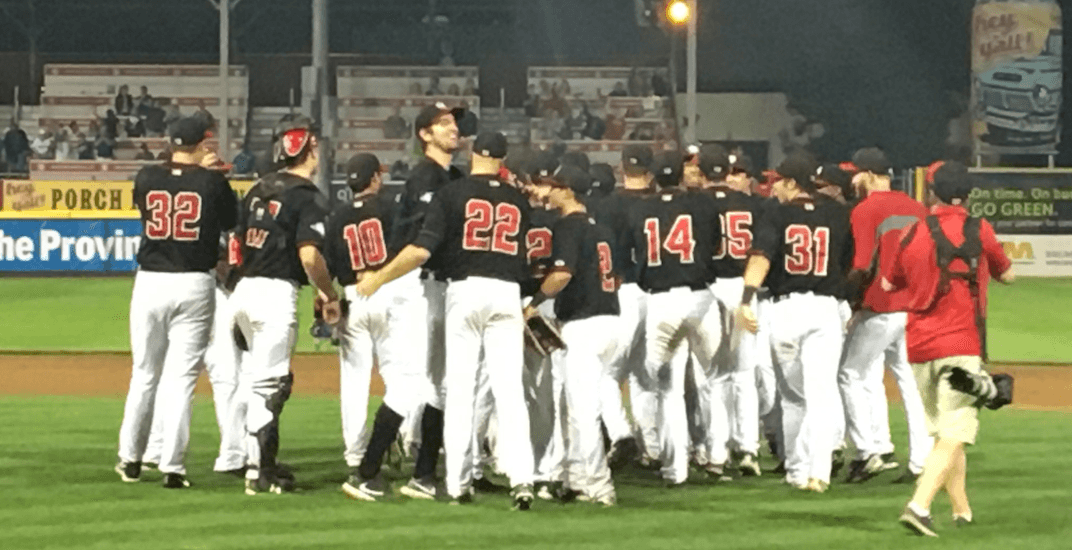 After posting the best record in the Northwest League regular season, the Vancouver Canadians are off to the championship final with a 2-1 win over the Spokane Indians Thursday at Nat Bailey Stadium.

The last out of the game tonight vs @spokaneindians #AtTheNat

WE ARE GOING TO CHAMPIONSHIP!

Get your tickets for the Championship Series! pic.twitter.com/pYpcAkoFXj

The C’s swept the series, having also beaten Spokane by the same score in Game 1 on Wednesday.

Vancouver will play the Eugene Emeralds in the final. Games 1 and 2 will take place in Eugene over the weekend, with Games 3-5 taking place Monday, Tuesday, and Wednesday (if necessary), each beginning at 7 pm at Nat Bailey Stadium.

WE ARE GOING TO THE CHAMPIONSHIP!! #AtTheNat

Tickets are on sale NOW! pic.twitter.com/wpPqy5FUOx

This is the first trip back to the final for the Canadians since 2014. Vancouver won three straight championships between 2011 and 2013.