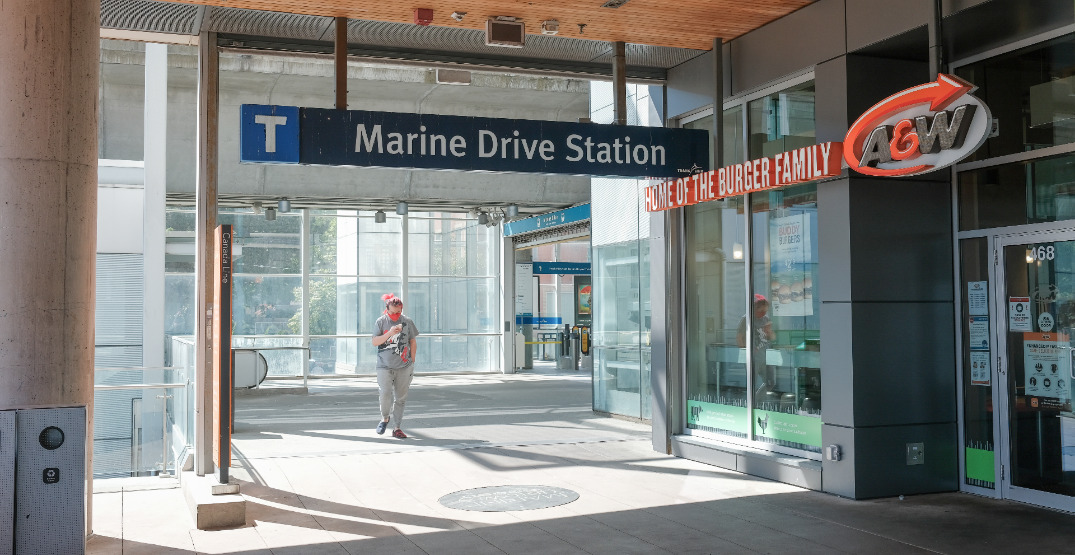 You might want to pay extra attention to the compass vending machines next time you’re purchasing a fare on the Canada Line, after Transit Police found card skimmers at a few stations.

Metro Vancouver Transit Police (MVTP) have revealed that at least three stations have been compromised by card skimmers.

Thankfully, MVTP is offering some pictures and tips on what to look out for in case you’re worried. Officers have also included where and when the machines were compromised.

MVTP isn’t yet sure if the skimmers have actually successfully obtained anyone’s card data, but anyone who attended the following stations at the times listed should reach out to their financial institutions just in case.

MVTP has released some pictures that highlight what to look out for. This is what an unaltered machine looks like: 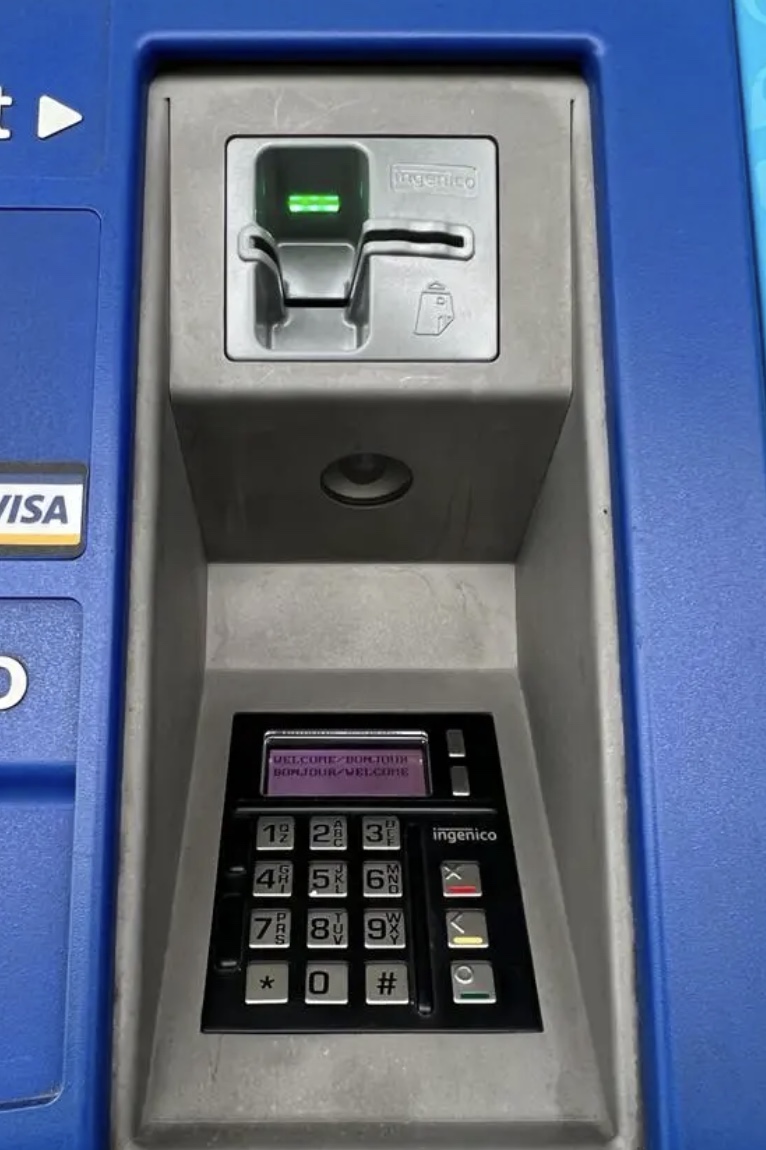 The black circle you see above the PIN pad is actually a camera. 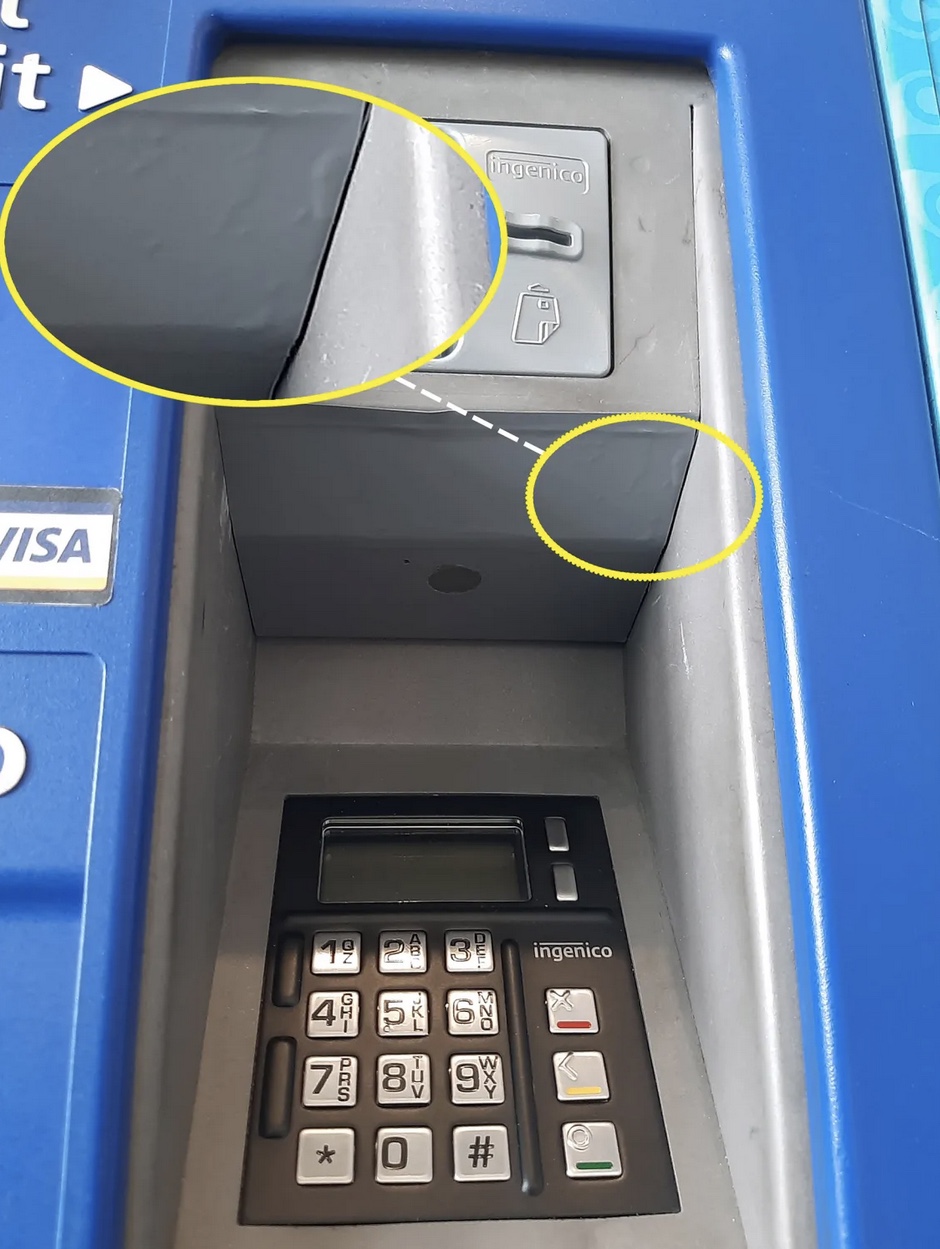 A skimmer has the black camera covered with a hole for a pinhole camera instead.

According to Transit Police, one way to identify a skimmer is that the material used to cover the existing camera might be peeling off as seen below: 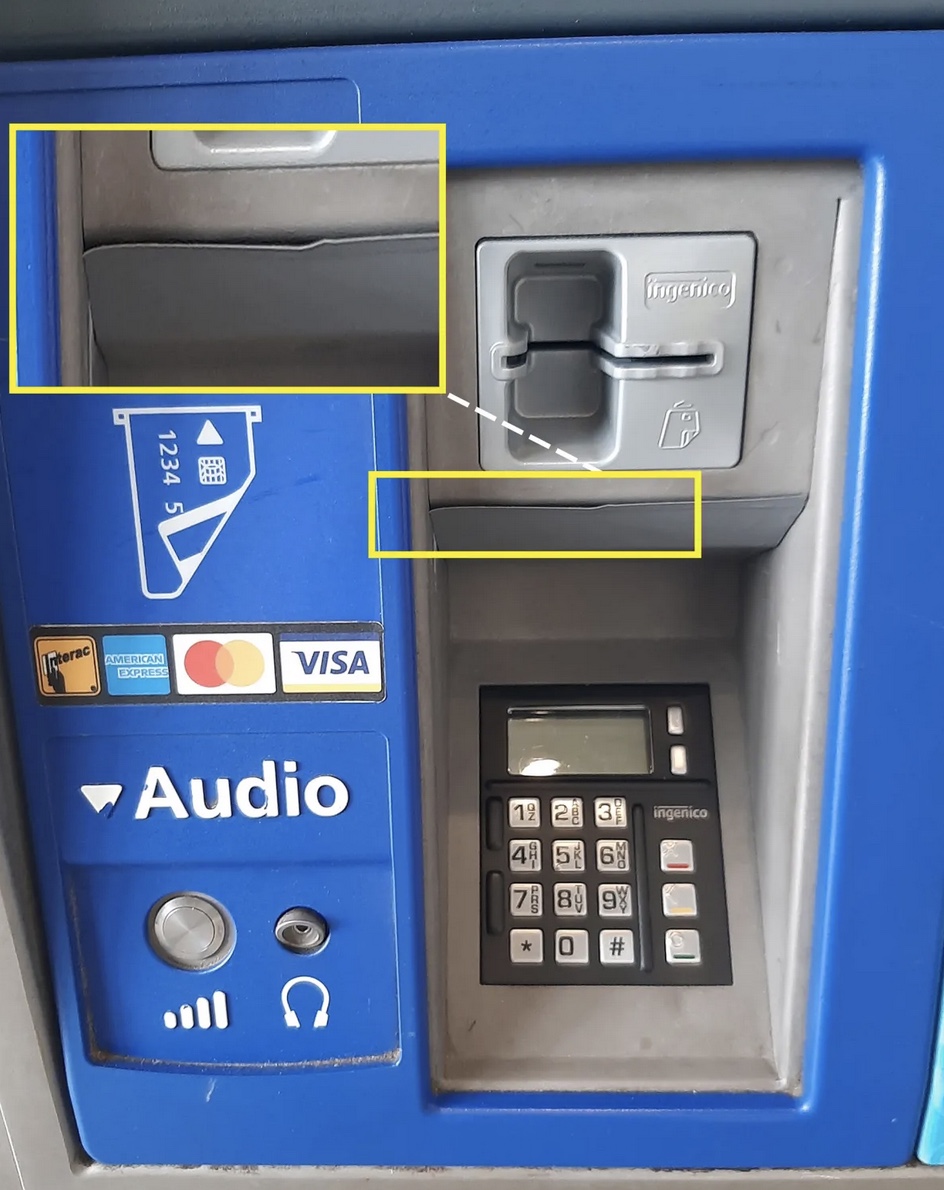 There could also be signs of glue or tape.

The skimmers that have been recovered from the respective Canada Line stations are currently undergoing forensic analysis, as Transit Police continue to investigate.

“If a suspected card skimmer is located, we are asking the public not to touch anything in the area of the skimmer, or the skimmer itself, and to immediately report it to a Station Attendant, and/or to Transit Police by phone at 604-515-8300 or by text at 87-77-77.”