As the President and Chief Executive Officer of the Downtown Vancouver Business Improvement Association, Charles Gauthier has had a front row seat to the growth of Vancouver’s Busker Fest, from its beginnings at the 2010 Winter Olympics to its current form as an exciting summer festival on downtown Granville Street. 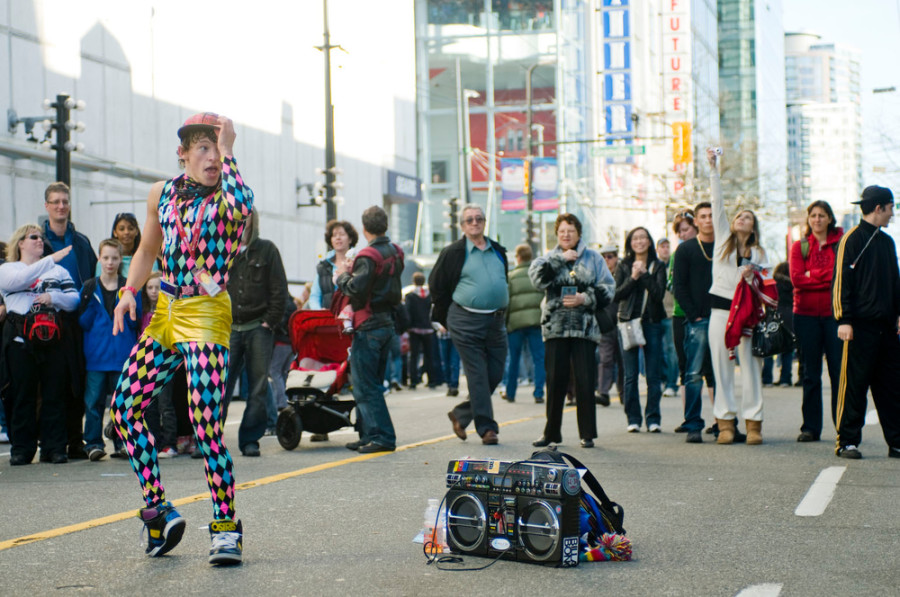 How did the Downtown Vancouver Business Improvement Association get involved with busking at the Olympics?

We were approached by the city in the latter part of 2009, looking at ways we could assist with the pedestrian closures they were doing downtown. They came to us and said we think there’s an opportunity here, we’re getting lots of interest from buskers locally and abroad who are going to come here and we need someone to manage them. We thought it was a perfect roll for us as we’ve always looked at that idea of managing and developing a busker program and so it fit with what we were always intending to do. We thought it would be a good springboard for other busker activities post-Olympics. So we did that, and I think the number that we ended up getting was 140 buskers that we licensed.

I think it went really well; it was really part of the Games as well because not everyone could afford to go to the venues and see the events so this was a way for people to enjoy the experience. We had great performers out there, and I think that whole street atmosphere contributed to the success of the games.

How do you think the Olympics impacted busking in Vancouver?

I think what it did is that it provided a platform to say that it was a legitimate form of entertainment. Back in 1994 for about four years, our company was a co-sponsor of Street Fair, which was a busker festival – it ran for three days during the month of August. Unfortunately, that wrapped up during the end of the 1990’s because the organization that existed to promote street performers, which was a non-profit group, went out of business and we couldn’t do it on our own. I was saddened by that – but having said that, we’ve come full circle, with the Busker Fest going into its third year. I really think the Olympics kind of said that this is a great opportunity; we need to build on this.

Every city has some kind of busker element that’s part of its street scene. So I think the Olympics really rejuvenated the “legitimacy” of busking. It happens on Granville Island, why can’t it happen downtown? So I think the Olympics really shone a spotlight on it. It illustrated that it can succeed here, and I think that it set the tone of what we’re going to do in the following years in terms of getting a busking presence along Granville Street primarily – which I think does happen now, more organically rather than us propping it up. I think it happens now without us doing anything, which I think, in the end, is better. 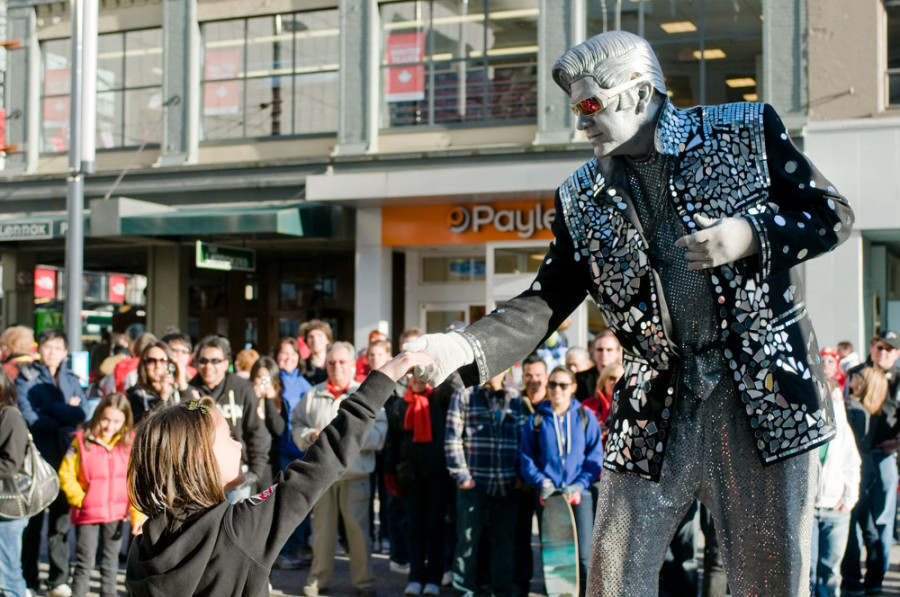 Why is busking important to Vancouver?

The best way I can explain it is that urban settings like downtown are ever changing and they don’t have the kind of controls you would find in a mall setting, or Disneyland, which are tightly controlled in who can go there who can do what. It doesn’t feel genuine. I think in a downtown urban setting there’s that ability for it to happen organically, and you may not agree with everything that’s out there. It’s not being selected.

This is an opportunity for people to perform on the downtown streets without having to go through a jury process. What that does is create barriers; it’s a ceiling for those who maybe don’t make the cut. It’s important because it showcases art and entertainment, which is typically local than it would be otherwise. I think we have more of a local homegrown busking community that stays here and performs here. The performances you see downtown are a little bit more raw, it may be more haphazard, which I think makes it more interesting.

Who is Busker Fest for?

I think it’s for everyone, there’s enough of everything so it has broader appeal. I think what it does is make your experience in that downtown setting one that will be memorable. Based on where I’ve traveled, it’s those haphazard encounters you have with a street performer, you’ll kind of remember that as something that made your trip or your vacation special. For people who live and work downtown it adds more variety, it makes it a more interesting place. I think that’s why downtown is a preferred location because it has a mix of a variety of different things that are appealing. 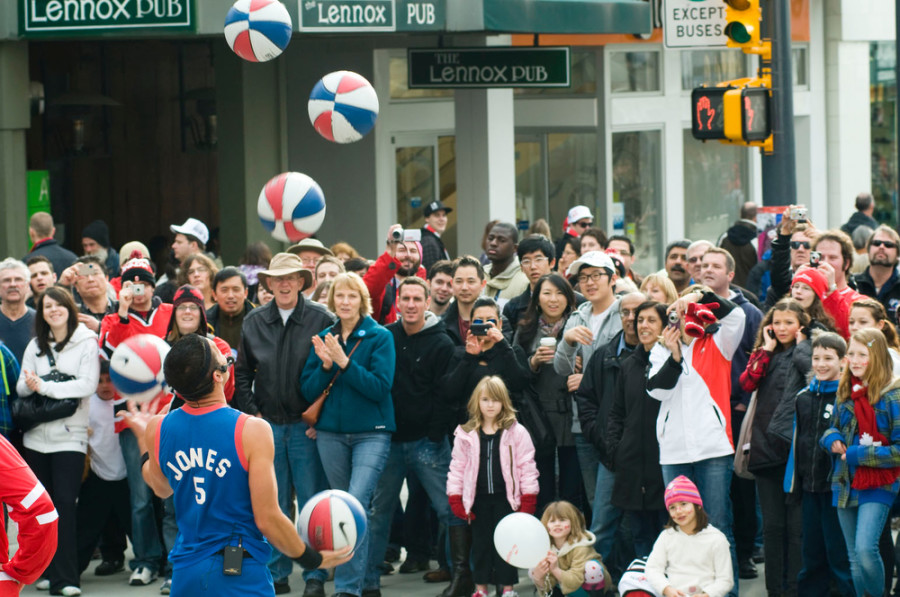 Where is Vancouver’s Busker Fest headed in the future?

Hopefully it’s sustainable. Hopefully this group has the ability to carry on for many years and grow the festival and get support from sponsors like us who come to the table and say this is an event we need to support. It’ll grow from there. It’s challenging for arts organizations to succeed because of the financial challenges. I’m hopeful because the proponents of this festival seem very committed; they’ve been able to do amazing things with a very constrained budget. They’ve been able to get great support so far from a number of organizations and companies. The faith is in their hands of where it’s going to go.  Hopefully it’ll grow into something that will replicate what you see in other cities.

I think it would be a shame if this go around wasn’t successful. Supporting people that have spent a lot of time perfecting what they do in terms of busking. It’s a big commitment on their part and there’s no guarantee of a payoff for them. They put a lot of time and effort into this and I think that organizations like us need to say this is an important festival and we need to back it up and support it in its infancy.

If we compare ourselves to cities around the world that are world class destinations, the fabric of that world class destination and what makes it important is because it has a very active arts scene. And I think part of that is street performers. They draw huge crowds of people, and I do think the experiences people have make downtown much better.