In a move made to counteract the recent installation of spikes on London streets aimed at deterring homeless people from seeking shelter near businesses, a Vancouver organization is using city bus benches to promote compassion for those who have nowhere else to sleep.

Vancouver’s Spring Advertising has created a campaign for RainCity Housing that uses five city bus benches to make a simple, but bold, statement about homelessness. To promote the work that RainCity Housing does in finding living solutions for the city’s indigent population, Spring modified each bus bench and utilized simple statements, together achieving significant impact.

One bench reads “This is a bus bench” during daylight hours, however the special black paint is not visible at night, when the bench is lit with glow-in-the-dark paint and bears the message “This is a bedroom.” Similar modifications and messages appear on the four other benches in the series.

The innovative campaign is already making waves back in London. “We don’t know if they have been used by homeless folks, but probably,” RainCity’s Bill Briscall told The Telegraph, adding: “In a park one block from my house I see people sleeping overnight almost every month throughout the year.”

Locally, the campaign has already inspired one person to initiate a crowd-funding endeavour to help RainCity. “This story absolutely blows me away because it’s a beautifully executed testament of the power architecture and smart design plays in our communities,” explains Matthew Daniels on his Bountier page for the project. “It’s socially conscious projects like this that make me love Vancouver,” he adds. 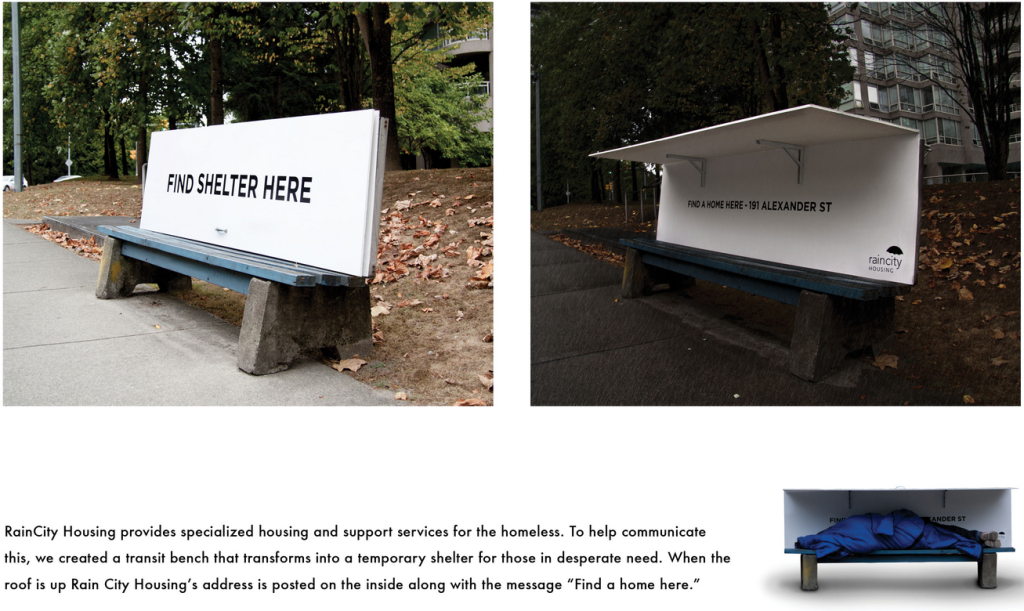 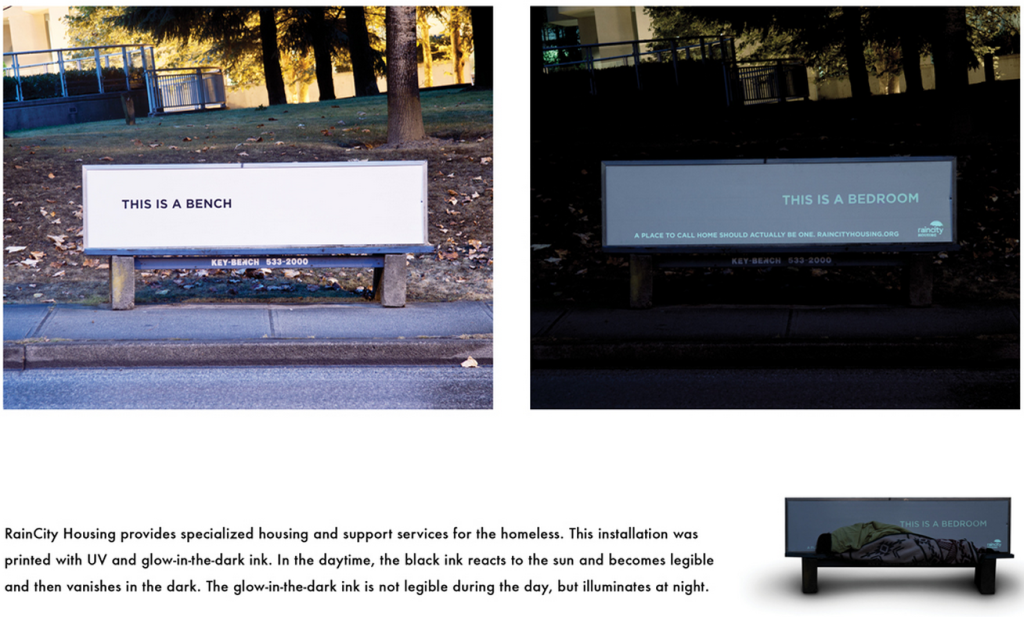